NBA Jam is not what you remember, but nothing is

Share All sharing options for: NBA Jam is not what you remember, but nothing is 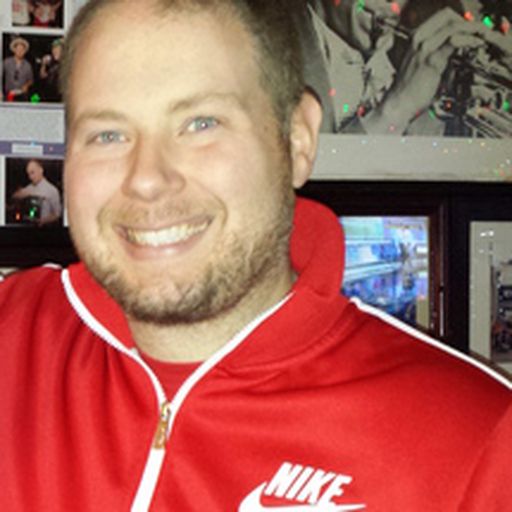 Gary Payton is not in NBA Jam.

I am telling you this because you remember him in the game, but you'd be mistaken. He is nowhere to be found.

You remember how fast he was, how he felt as if he had unlimited turbo — that he could swing his arms and send the ball flying. You remember his shoes lighting up green as he tossed the ball to Shawn Kemp for a monster dunk. You remember that Michael Jordan is not in the game, but that is where you stop.

You can picture Payton's digital face as you hover your cursor over the Seattle Supersonics. You can see him lined up on the left, Shawn Kemp on the right, a giant green and yellow logo of a basketball with a Space Needle skyline in the middle. You remember thinking that Shawn Kemp could dunk the ball from the three-point line, but he couldn't. You remember a lot of things about the game that are not true.

You remember a lot of things that are not true.

A tornado destroyed 30 percent of my town in 2011. There are a few things that I remember, but others I do not; there are days where everything runs together like flood water — everything a swirling trickle until something substantial is caught in the drift. I misremember the day the storm came as a Tuesday when it was a Wednesday — I drank coffee that morning, I met with students, I ate a lemon pastry.

When the power was out and we did not know that almost half the town was missing I turned my attention to basketball. I would check scores on my phone, I would see the box scores pile up. I saw my team's lead diminish as I prayed for the numbers to somehow shift in my favor — that I deserved something like this; that I have been through enough that day, that I had hid underneath a mattress in a hallway, that the storm owed me this. I watched as the lead shrank to a deficit and the game ended. I remember that.

When my roommate told me he had cancer, we played video games. We played the game on broken controllers. In this version, there was Gary Payton — a member of an All-Star team, yet not as fast as we thought him to be in our youth. There was a desire to beat something — to have dominance over an inanimate object while bodies were not to be trusted. We watched bad television and ate junk food. Basketball did not save us, but the game might have helped keep us afloat.

I talked myself into this idea that basketball somehow owed me something: that on my darkest days I could turn to it — that my willpower in the world means more than what is tangible and measurable; that my loss weighs more than what anyone else could muster. The day my cousin died, I listened to the Celtics get eliminated from the playoffs on the radio in a parking lot outside of a liquor store.

You remember a lot of things that are not true.

My uncle was buying beer for everyone — he bought more than even he could carry. When the game ended, I knew that the day had no chance to be redeemed, as if a game could bring back a life, could untie a noose, could bring us back to that gymnasium where we heaved the ball from half court.

There is no team in Seattle now — they were swiped away in the middle of the night and moved to Oklahoma City. The Supersonics, who had become the Sonics in later years, are now the Thunder: a visual representation rather than a phenomenon of speed and sound.

Most of my town has been rebuilt; there are still pockets of overgrown weeds where trees used to be, although the new buildings with their glass windows reflect the glare into my eyes while I am driving to buy groceries.

My roommate is cancer-free; we exchange text messages on the day of his yearly checkup. Seattle is always rumored to get a new basketball team every year — they will be the Sonics again; they will be green and gold.

I see my cousin in my dreams, as alive as the day he left us: He has just walked up the stairs from the basement where we used to stay up all night playing the game. It as if nothing has ever happened; that we continue on, that the game ends and we have lost, but we re-enter our initials and give it another shot, as if all of these years he has been alive and I have been here alone and misremembering.

Brian Oliu is originally from New Jersey and currently teaches at the University of Alabama. This essay is part of an ongoing collection of essays about NBA Jam. You can read other examples from that project here.