Share All sharing options for: 2014 in review: the year that sucked 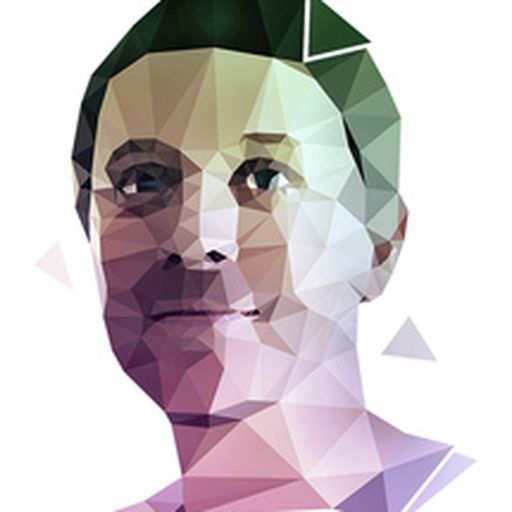 I try to be an upbeat person. Negativity is an unattractive quality, so I try to find the good in people and the hope in terrible situations. I may partake in the occasional snark on Twitter, or in the semi-private spaces in which I discuss the events of the day with friends and colleagues, but I'd rather accentuate the positive in all things.

But I don't know how to qualify 2014, as it related to video games and the surrounding culture, other than to say that it royally sucked. It blew. It was a rotten, stinking garbage heap of a year. And I can't wait to put it behind us.

There were countless real-world reasons why 2014 was dismaying outside of games, but here's a short list of the many ways video games sucked for the past 12 months.

When 2014 kicked off, millions of players were still dealing with a broken game hangover. The notoriously busted Battlefield 4 suffered from connectivity issues more than two months after releasing on consoles and PC. That an Electronic Arts-published game was shaky on day one (or week one) wasn't much of a surprise, but the persistence of Battlefield 4's ongoing issues was more than just disappointing, it was brand-damaging.

Developer DICE apologized and pledged to fix the game through regular updates. Eventually they did fix the game, working well through this September to improve its netcode.

"These changes are great," commenter Patski said after DICE released a patch on Sept. 30, "but the fact that it took almost a year for this update to roll out is a bit disappointing."

Battlefield 4 helped set the stage for a year's worth of frustratingly broken and unfinished games.

Sony and Evolution Studios' DriveClub launched on PS4 in October and stalled right out of the gate. The game's online infrastructure, key to the socially connected heart of the game, buckled under load from early adopters. Weeks after release, DriveClub was still struggling and features promoted for the game's launch were slowly added in. Weather effects, a gorgeous feature used to show off the game in trailers, finally came to DriveClub in early December.

The promised PlayStation Plus edition of DriveClub, which was originally scheduled to hit day and date with the full game, was never released.

Technical problems plagued two higher-profile titles the following month. 343 Industries' Halo: The Master Chief Collection and Ubisoft's Assassin's Creed Unity were similarly, notoriously broken at launch and for weeks after release. There were updates, apologies from studio heads and attempts to "make it right" with players who paid $60 for these unfinished games. Free downloadable content was the best make-good publishers could come up with.

What's most disappointing about these games failing to function at launch are the many ways publishers incentivized a day-one purchase. The release of games like DriveClub, Halo: The Master Chief Collection and Assassin's Creed Unity were all preceded with numerous pre-purchase bonuses. Those pre-order incentives, designed to appeal to players who buy into a game with good faith and fear missing out on something special, don't benefit those who can't actually play the games they've supported on day one.

Players had a right to feel straight-up hornswoggled by game makers in 2014, that the need to furnish them with a functioning game took a backseat to goading them into buying it before it was fully baked. We've been conditioned to pay for a disc with an incomplete game, patch it extensively on day one and hope the developers don't have too much to fix beyond that.

Hopefully, gamers — and the press — won't let them get away with such predatory, dishonest business practices next year.

TOO MANY DELAYS, TOO MANY REMASTERS

Delaying a game is generally a good idea. We'd rather have a functioning, polished game than one that successfully squeaks out during the publisher's fiscal year. Delays could have prevented the aforementioned broken game frustrations. But some of 2014's more promising big games slid into 2015, making the current year feel, well, a little bit boring.

The second half of this year was looking like a crowded but exciting one. But one by one, games like Batman: Arkham Knight, The Witcher 3, The Order: 1886, Mad Max and The Division slipped into next year. Again, that's probably for the best. And the delay of Battlefield Hardline was clearly the right decision for EA.

Publishers filled out the year (and the next) with revamped and remastered versions of games we've already played: Grand Theft Auto 5, The Last of Us, Metro 2033and Last Light, the Master Chief-starring Halo games. There's more to come too, with Capcom reissuing Devil May Cry 4, DmC, Ultra Street Fighter 4 and Resident Evil next year. There's Saints Row 4, Dark Souls 2 and maybe even Borderlands for new-generation consoles.

The good news? Those are all great games and many new console owners have new reasons to play them for the first time. But playing it safe with retreads and remasters makes the new console generation feel stuck in the past. We have powerful new hardware, and we're playing the last generation's games. For a medium that thrives on new ideas, iteration and advancements in technology and gameplay, this year felt a lot like a repeat.

THE ONES WE LOST

The video game industry lost too many creators, entertainers and trailblazers this year. The "father of video games," inventor Ralph Baer, passed away at age 92 this month. Artist and designer Python Anghelo lost his battle with cancer in April, with the pinball community rallying to raise money to cover his healthcare and funeral costs. Douglas E. Smith, creator of the seminal Lode Runner, died at 54.

Bob Hoskins, who played Mario in the infamous Super Mario Bros. movie, passed away at 71. We lost Robin Williams, comedian, actor and lover of video games, to suicide.

Joel Green, the inspiration behind video game That Dragon, Cancer, passed away at just 5 years old.

A BANNER YEAR FOR HATRED

The harassment of game makers and critics was not a 2014 invention. Women, minorities and other public-facing figures in the video game industry have endured death threats and harassment for years. But this year, there was a concerted effort to attack and intimidate marginalized voices and the underrepresented, simply for speaking up about important issues that affect the medium and its artists.

The hatred that plagued 2014 boiled over from the previous year, when Depression Quest creator Zoe Quinn, Tropes vs. Women in Video Games creator Anita Sarkeesian and others became targets of self-identifying gamers. Quinn's relationship with a video game journalist and Sarkeesian's ongoing critique of the depiction of women in games were used as the basis on which to harass, threaten and intimidate them.

Game developer Brianna Wu wrote this year of the daily harassment that many women in the game industry face from men. Writers Leigh Alexander and Jenn Frank wrote about the cultures and attitudes that enable that kind of harassment and reinforce long-held beliefs that gaming is the domain of young men, one unsafe and unwelcoming to women.

For this, they were bullied with death and rape threats. Their personal, private information was posted online. They were driven out of their homes.

Opportunists ravenously swooped in to signal-boost the ignorance and wrath of their detractors. The efforts of those harassers, which pretty much peaked with a threat of a school shooting at Utah State University, where Sarkeesian was scheduled to speak, made the front page of The New York Times and other mainstream news outlets. The takeaway for the public was that video games were the medium in which misogynist creeps revel, an industry in which women who speak the way men are allowed to speak are not welcome.

Personally, I was disappointed in the slowness in which the video game industry and the media, including Polygon, responded to the harassment of others. We spoke out, eloquently I think, but perhaps too late. I've made personal efforts to support friends, colleagues and creators, but it wasn't — and will never be — enough.

One of the most frustrating aspects of this harassment, the unorganized force that rallies behind the GamerGate hashtag and populates message boards dedicated to keeping the movement alive, is its largely unrecognized initial victory. The catalyst of the movement and ensuing harassment — accusations of impropriety and a lack of disclosure — was pretty quickly addressed by video game media outlets like Kotaku, Polygon and others. When concerns over personal relationships and conflicts of interest were raised, editors-in-chief reviewed their editorial policies. Some enacted new policies in the interest of disclosure. Polygon updated its ethics statement. Outlets were forced to recognize a potential editorial problem and reacted publicly. And it was the right move. But the movement, now self-described as a "consumer revolt," is now instead widely known for its toxic, abusive behavior and the relentless harassment of women.

OTHER THINGS SUCKED TOO

We saw video games as an ugly reflection of the worst parts of the real world in games like Battlefield Hardline, with its Hollywood glamorization of police militarization, and Hatred, the soulless, ugly shooter that celebrates senseless mass shootings. In games small and large, the industry sends a strong signal that graphic violence is the best of what it has to offer.

We saw video games that were whimsical in nature, but were unwelcome and alienating to many of their fans. Nintendo's Tomodachi Life was a simulation of life and love, but not for gay and lesbian players, who couldn't truly play as themselves in the quirky life sim. That Nintendo offered up a soggy apology — "we were absolutely not trying to provide social commentary" — was incredibly disappointing.

The shine of some Kickstarter-backed games, once a promising resource for community-funded games that risk-averse publishers would never get behind, was dulled. Prominent crowdfunded games like Yogscast Adventures and Neal Stephenson's Clang — a game implicitly endorsed by Valve's Gabe Newell, a trusted industry figure — fizzled out, leaving backers with nothing. Some promising Kickstarter-backed titles struggled or failed to meet their fundraising goals, as the realities of crowdfunded video games started to set in for once-excited backers.

I could probably go on about the lows of 2014, and will admit that plenty of good happened this year, but I'm pretty confident in calling this one a loss. Next year is already looking more promising, at least in terms of great-looking games. And it can't really get much worse... can it?