Share All sharing options for: Putting up a wall to open the conversation about diversity in games 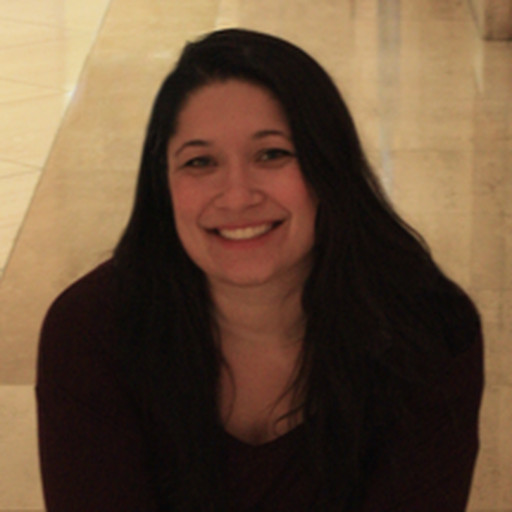 Earlier this year I put up a wall at Pocket Gems, the mobile games company where I work as an artist.

I wanted to come up with a way to reach the entire company and challenge the notion of what faces can fill what roles in games. The wall is a very visible piece of real estate in the front of the office. It’s prominently displayed to people coming into the office for job interviews, meetings or just grabbing lunch with a friend. You can’t get into the kitchen without walking by the wall.

It’s composed of different posters that pair images of characters from our games with roles one generally wouldn’t expect to see them filling in a game. There’s a unicorn above the phrase "I am your worst nightmare" and a menacing Poseidon above the phrase "I am an altruist." And so on. It's a half-and-half mix of males and females with different ages, body types and ethnicities represented.

The wall was my response to a recurring issue I saw after working in games for about four years: a lack of diversity in characters. A lot of titles that I worked on and saw being released had the same kinds of characters with the same kinds of attributes. Most of the lead characters were of a certain ethnicity and the gender roles fit typical stereotypes. There wasn’t much diversity overall.

The character wall is meant to accomplish three things. First, it’s a reminder for us to be more creative and original in our character design. It also supports existing efforts in the company to make a more diverse character-scape. Finally, part of the wall’s purpose is to break the ice on the diversity conversation and encourage others to take action.

Not everyone feels at ease talking about this issue. I've always been comfortable discussing it, and I believe speaking about it is the only way to change things. That’s easier said than done. People who want to help often do nothing because they’re afraid that they’re being too sensitive or might say something overly-critical or offensive.

Having worked in some Bay Area games companies, I’ve seen that this is one area where Silicon Valley’s ‘move fast, break things’ sentiment is noticeably absent. When disrupting mobile payment solutions, we move like lightning. When disrupting common gender and ethnicity portrayals, we can move like snails.

It’s my hope that visibly addressing diversity in games has inspired others, both inside and outside Pocket Gems, to take action in making games that can feature a wider set of people. Want to integrate a more diverse set of characters into your game? Just do it. This isn't something you need consensus on.

For example, last year we wanted to feature a black character, Lucy, in a game we were working on. A colleague sent art references to an offshore team describing how the character should look. After three revisions, they still hadn't made her like the reference—she looked more like Pippi Longstocking with a bad spray tan. I eventually made the changes myself.

This showed me two things. One, the internal team was unsure of what language to use to explain what they wanted. Two, for our offshore art team, who works with many western companies, it was a rarity to receive requests for non-white characters. This was their first request for a black character. There were essentially two barriers created not by malevolence or bigotry, but by sensitivity and confusion. Now, when we request characters from the offshore team, there’s more clarity and variety. We also speak more candidly about ethnicity.

This is one area where Silicon Valley’s ‘move fast, break things’ sentiment is noticeably absent

Creating diverse games takes effort and vigilance. The lack of representation also becomes more visible once you start to address it. Our content designer, Amy, actually began keeping count of the number of women and men in our games, actively trying to keep diverse gender and ethnicity ratios. It took being that specific and putting numbers to the character make-up to reinforce it consistently until the norm changed.

Continuing this conversation is incredibly important. As game-makers, we are creating culture. We are exporting, intentionally or not, our belief system to millions of people and asking them to enjoy what we create. Excluding certain ethnicities, genders and ages from certain roles sends the wrong message.

There is also clearly a market for games that feature a diverse cast of characters. The average gamer today is just as likely to be a 45-year-old woman on the bus as they are an 18-year-old man in front of a PC.

The reception of the character wall was overwhelmingly positive. Pocket Gems was very supportive of the project and many people were excited to see this topic addressed and appreciated that it was being talked about. I even had people tell me they were relieved to see the issue publicly brought to light.

The wall helped me to see that creating more diverse games takes persistence, honesty, and brashness. We can’t afford to dance around this issue simply because it may be challenging for some to talk about. If we want to make game culture better, we need to move fast and break stereotypes.