Behind the scenes of game development as a professional American

Share All sharing options for: Behind the scenes of game development as a professional American 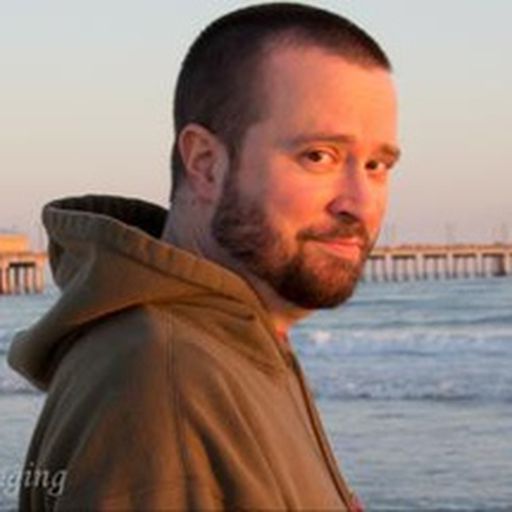 When I joined the Dying Light team in the spring of 2014, the developer, Techland, had a long-standing problem – one shared by many other developers in the industry.

The problem didn't involve any issues with creating fun, immersive, successful games; Their Call of Juarez series was a long-standing fan favorite, and they scored massive hits with Dead Island and Dead Island: Riptide. They knew how to tell a solid story, too, with talented writing teams led by novelist Rafał W. Orkan.

No, the problem they faced involved something that has received more attention this year than ever before: The treatment and perception of female characters in games.

This wasn't just a single-faceted issue for Techland, unfortunately. The Polish developers had caught flak in the past because of certain unfavorable female character portrayals, because of an offensive bit of code that got overlooked and found its way into a shipped game, and because of a Riptide promotional item that got described as everything from "offensive" to "repulsive." (Though to be fair, Techland had zero to do with the promotional item, which was commonly known as "zombie bait." That was a decision made on the publisher level, for which Techland received the blame.)

So when I arrived in Wrocław in April, the Dying Light team was already looking to correct the mistakes of their past. I don't think they knew it when they hired me, as I was originally just supposed to help out with side quests, but this issue of positive representation and portrayal of female characters is something near and dear to my heart. Techland and I would quickly come to realize how closely our interests matched in this regard.

I have always tried to include capable, independent, thoroughly-imagined female protagonists in my stories. When I landed the job of revitalizing Voltron in comic book form for Devil's Due Productions, I concentrated just as much on Princess Allura as on any of the male space explorers.

My trilogy of original prose novels, Alex Unlimited, stars an eighteen-year-old girl thrust into a world of contemporary, sci-fi-laced espionage. And my recent Dark Horse Comics six-issue Terminator mini-series, Enemy of My Enemy, saw a smart, tough, dangerous, beautiful ex-CIA assassin go toe-to-toe with one of Skynet's cyborgs from the future.

The more time I spent at Techland, the more I started to get involved with the main story — and as that involvement grew, the more I began voicing my opinions on how the females in the game could be developed even further. Starting with writers Rafał Orkan and Michał Małecki, and then continuing with art director Paweł Selinger, we started tossing ideas back and forth as to how we could make doubly sure our female characters were every bit as intelligent, tough, and interesting as our male leads and supporting cast.

Techland was fully behind this notion, and keen to get my perspective on how to accomplish it. Gamers in the States make up a little better than half of the market for Dying Light, and part of my job was to make sure the story would work for American audiences.

Essentially, Techland hired me to be American for them. I was more than happy to oblige, and we dug into the characterization, going through brainstorm session after brainstorm session (along with a few passionate arguments, as well as some halting attempts to explain particular bits of American culture to my Central European colleagues).

The first character we focused on elevating was Jade Aldemir, one of the premier members of our supporting cast. Jade's backstory went through a number of iterations — including a brief stint as a beauty pageant queen — but ended with her being a renowned kickboxing champion nicknamed "The Scorpion." Even prior to this, though, her character design was already a thing to behold; nowhere to be seen was any heavy makeup, or pink frills or bows, or ludicrously exposed skin. Instead, Jade wore protective, utilitarian clothes, and looked very much like the kind of tough-as-nails fighter who could survive a city overrun by flesh-eating monstrosities.

From there, we added reasons for her to be as skilled and resilient and determined as we felt she should be. We gave her a detailed backstory, an on-screen personal tragedy, some complex, conflicted emotions regarding the story's protagonist — in short, we did our level best to put her on the same footing as any male character.

Essentially, Techland hired me to be American for them

Because here's the thing: crafting female characters in lazy, sexist, one-dimensional ways isn't just doing them a disservice and insulting the female gamers out there (one of whom is my 22-year-old niece). It's also, put very simply, bad writing.

We gave the same attention to Troy, a (deliberately) incongruously named young woman who leads a band of survivors in a distant part of the city. Troy went from being something of a cipher to someone inspired, at least in part, by Malala Yousafzai. She's a woman well aware of how ludicrous it is that her city had to fall to a zombie uprising before she could ever give orders to a group of men.

Likewise, we paid a lot of attention to Lena, a combat nurse responsible for all the medical care in a skyscraper full of refugees. She plays a small but important role in the story, and when we realized one of our male characters was at an emotional breaking point, it made perfect sense for Lena to step up and make a tough life-or-death call when he couldn't.

Rafał and Michał and Paweł and I weren't fleshing out these characters all on our own, either. We were fortunate enough to have Magda Kiąca, Gosia Mitręga, and Anna Jabłońska — three of Techland's female devs — right there with us the whole time, and rarely have I met a group of smarter, stronger, more outspoken women. We bounced ideas and bits of dialogue off all three of them on a daily basis, and used their input as often as we could.

We knew that there were already devs out there who wanted to change female portrayals in the gaming industry before the spotlight really hit the topic this year. And I think Techland should be proud to be among them now.

We tried our damnedest to take Dying Light's female characters out of the one-dimensional, trope-defined roles seen so often — way, way too often — in games, and turn them into real, multi-faceted people. I can't say that all of our female characters (or male characters, for that matter) live happily ever after; Dying Light is a grim, brutal game.

But if we've done our jobs right, we have given these women believable, realistic lives.

Lives players will care about.