How about a fish tank full of severed heads for The Walking Dead pinball?

Share All sharing options for: How about a fish tank full of severed heads for The Walking Dead pinball?

The next time you see Stern Pinball's The Walking Dead pinball machine, it may include a fish tank filled with zombie heads, thanks to the custom accessories now available for the table. 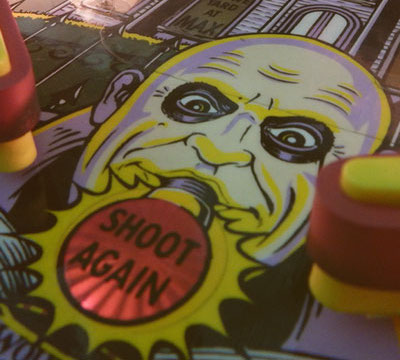 How pinball wizards are defining the game's future

The $399.99 fish tank topper was designed and sculpted by Greg Nicotero, an executive producer of the AMC series who also supervises its special effects. Other expansions available include a zombie head shooter knob and side panels for $79.99. You can see all of the pinball table's new expansions in the image below.

Stern revealed the officially licensed table, which retails for $5,995, in September 2014. A limited edition is also available for $8,595. Check out our interview with Stern's Jody Dankberg for more on the current state of its pinball machines. You can see the table in action in our previous coverage.