Every day's a sprint in River City Ransom: Underground

Share All sharing options for: Every day's a sprint in River City Ransom: Underground

The developers at Conatus Creative had reason to celebrate.

Last October, the Kickstarter campaign for River City Ransom: Underground, an officially sanctioned sequel to the 1989 role-playing game/beat-'em-up hybrid, had a late surge of donations and closed with CA$217,643, well in excess of its fundraising goal.

Producer Daniel Crenna told Polygon in May 2013 that the proposed crowdfunding was a way to create the game the team wanted to make. They'd already been working on it for nearly a year.

"Crowdfunding is about making sure we can get our complete vision of the game in as opposed to the vision of everyone working late at night, trying to push it as far as we can," Crenna said.

"Every day is a sprint."

The developers have been fairly quiet since October, averaging an update a month on the Kickstarter blog. Polygon caught up with Crenna as the small team entered their third month of what he called "full development" on the Linux, Mac and Windows PC game to learn about their progress on River City Ransom: Underground.

According to Crenna, there isn't any particular reason for the relative silence. It's just that there's a lot of work to do, and they've been busy.

"Indeed, we've been quiet," he said. "As a small team, with me performing both production and lead development roles, every day is a sprint." 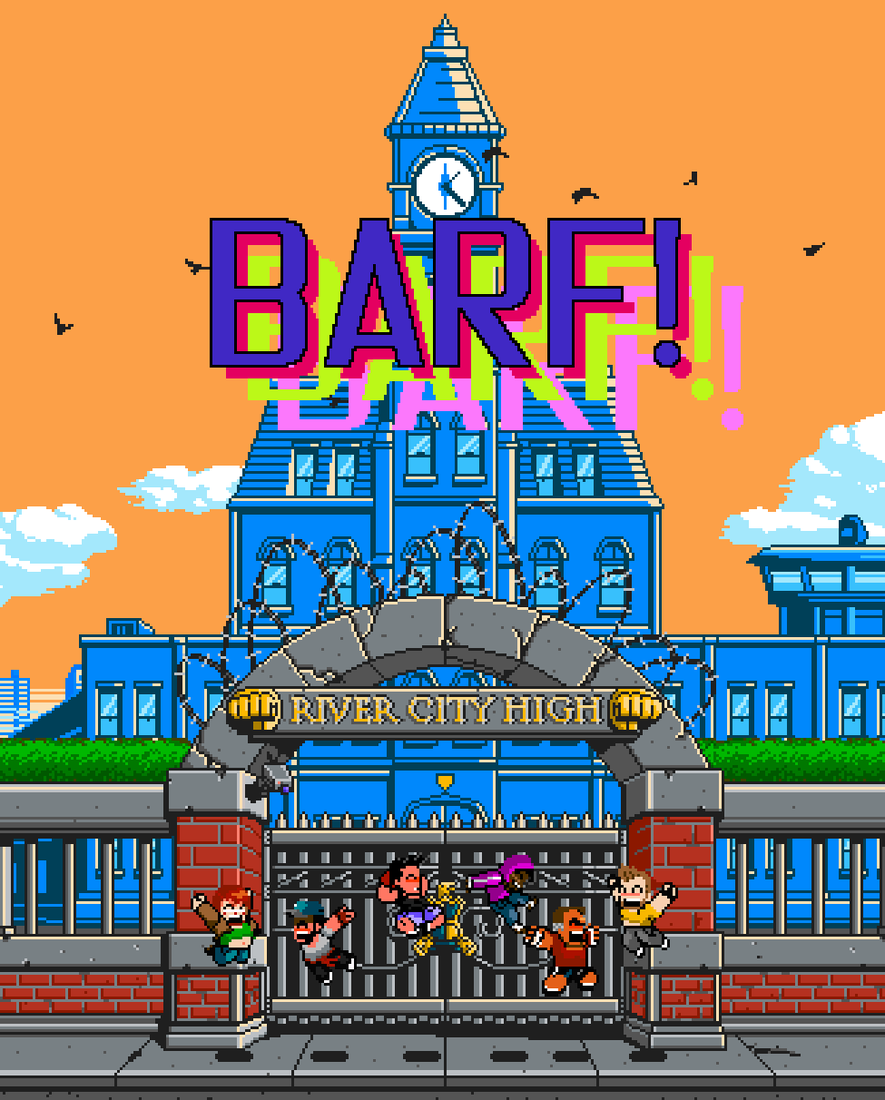 River City Ransom: Underground's playable demo isn't ready yet, for reasons that enumerated in our conversation.

"The playable demo is behind schedule but we need to solve several core mechanisms before we will feel comfortable releasing it.," he said. "Our most pressing technical challenges to overcome in the near term are combat responsiveness like combo chains and follow-on effects, and designing the network code to handle local and online multiplayer by minimizing the fun-killing effects of latency."

"We are at the 'iceberg' moment in our development milestones."

Crenna likened progress at this point to the classic metaphor where what's unseen is greater that what can be seen.

"We are at the 'iceberg' moment in our development milestones where we have quite a lot of infrastructure built, but it's mostly invisible. Once we clear the above hurdles, we should get to that magic point where it becomes about how much content we can get in and polish versus technical solutions. Most of game development is on the content side so we've been heads down making sure we get to that point as soon as possible in our production cycle."

Next up, the English cover reveal and an announcement about a few new team members, which Crenna said will likely come through a Kickstarter blog update. Until then, Conatus Creative will remain quiet and keep working.

"We're pushing through," he said.