Share All sharing options for: Report: Sonic headed to PS4, Xbox One and Wii U in 2015

An unannounced Sonic the Hedgehog game may be headed to PlayStation 4, Xbox One and Wii U in 2015, according to a photograph apparently taken at the Nuremberg International Toy Fair and published in Spindash.

Amid snapshots of Sonic-branded action figures, keychains and plushies at toy manufacturer Jazwares' booth, there's also a photo (seen below) of a sign that lists three games for Sega's blue mascot. The first two, Sonic: Lost World and Mario & Sonic at the Sochi 2014 Olympic Winter Games, were released last year. The third is listed as "New 2015 title [to be announced]" for PlayStation 4, Xbox One and Wii U.

Sega and Nintendo announced an agreement in May 2013 to bring the next three Sonic games exclusively to Wii U and Nintendo 3DS. Lost World and Sochi represent the first two-thirds of that agreement. The final game has yet to be announced.

We've reached out to Sega for confirmation of the new game and will update this article with more information as we receive it. 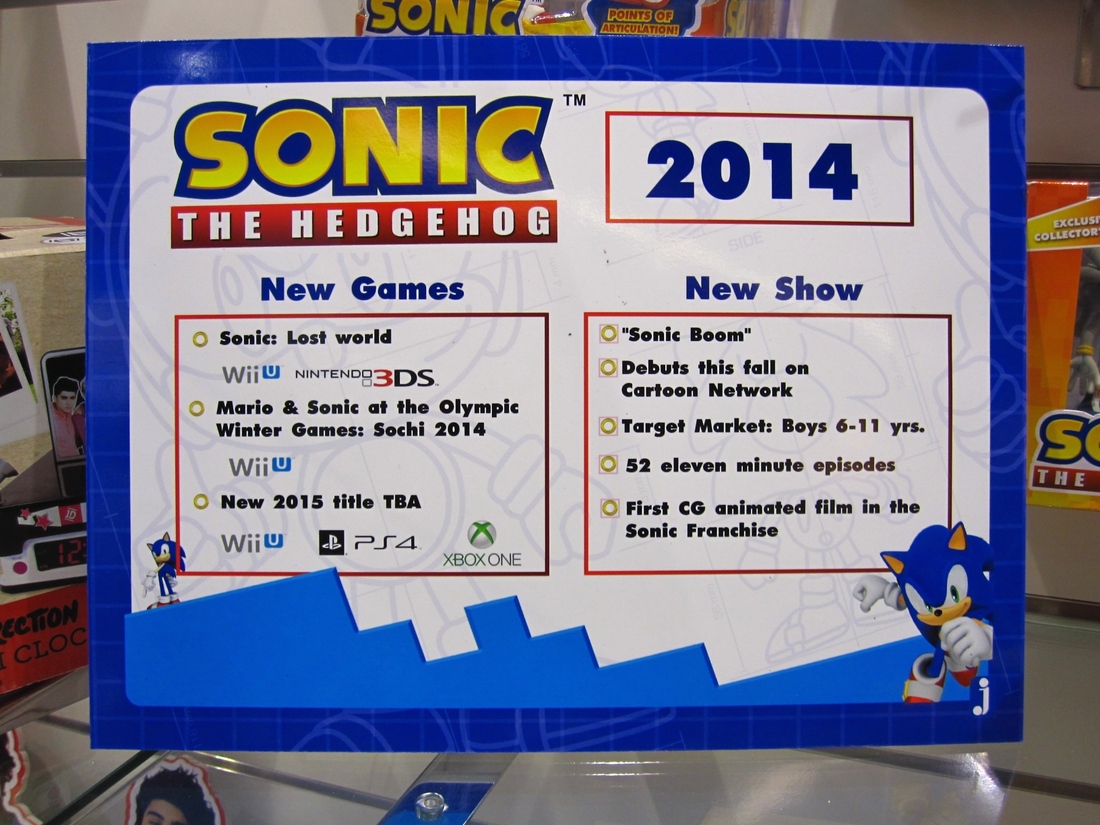