World of Tanks: Xbox 360 Edition beta brought in half a million players

Share All sharing options for: World of Tanks: Xbox 360 Edition beta brought in half a million players

More than half a million players took to the tanks during beta testing for World of Tanks: Xbox 360 Edition, according to Microsoft general manager Matt Booty.

Booty, who has served as producer on the title for a year a half now, told Polygon those 500,000 players proved to Microsoft and developer Wargaming West that its technology is ready — ready to roll and ready for the inevitable launch-day strain of a massive player influx. The game launches tomorrow worldwide at 4 a.m. ET.

"Our main goal was to be absolutely sure that the infrastructure and the servers and all the connections to Xbox Live were in good shape before we launched worldwide," Booty said. "So we've had half a million players in the beta so far and I think we've been really pleased with how solid the tech is that Wargaming has built. We've had really great long play sessions. We've seen people stick with the game and lot of other encouraging results as we head into launch next week."

Booty said the number of players in the beta version of World of Tanks: Xbox 360 Edition and the amount of time spent playing it is "comparable to other big AAA franchises" in terms of observed player investment. He also noted that the team at Microsoft Studios has learned a lot about tackling large-scale projects — like launching a free-to-play massively multiplayer online title for consoles — from its time spent working with Wargaming West.

"Having had the chance to work with Wargaming, there are two things I've learned about them," he said. "First is, when they do something they do it big and they do it fully. Second, I've learned they are absolutely dedicated to listening to consumers, integrating player feedback and making sure they're building a game people feel is fair and want to stay engaged and connected with.

"As a partner, Wargaming is world class in terms of listening to players and incorporating feedback," he added. "We have every reason to believe that Wargaming, as well as us on the 360 side, will continue to listen to what players have to say." 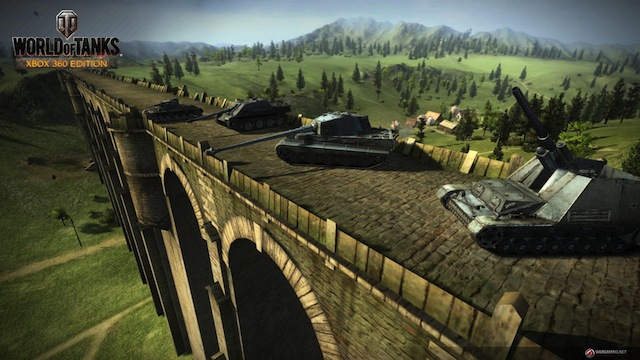 CEO and founder of Wargaming Victor Kislyi told Polygon that beta testing for World of Tanks: Xbox 360 Edition "demonstrated that people got it." Kislyi said at its peak, the servers held 17,000 players during the test, up from the 7,000 beta testers that could squeezed into servers at once during the 2010 PC beta.

The free-to-play model is also something the CEO believes will attract more console players, an element he states is "the whole point of Wargaming's games." There is virtually no difference between the PC and Xbox 360 versions' pay models — and according to Kislyi this is because Wargaming's players already knows whether or not they're the kind that will take advantage of microtransactions.

"Our audience is primarily male from 10 to 55 or 60 years old, and these are guys with certain tastes for military history, tactical warfare, strategic gameplay and action," Kislyi said. "A certain percentage of players will be paying those microtransactions and the majority — 75 percent or something like it — will never ever pay anything, and we're fine with that. That's the reality. We think that our three and a half years in testing for PC gives us good grounds for pretty much bringing the same concept level and detail level to the console as well."

The free-to-play model is "the whole point of Wargaming's games."

Booty added that after a few years of maturation on PC and mobile, he feels the free-to-play model is ready to become fully acceptable on consoles.

"Wargaming totally understands their customers after years of what people like about their systems and what they don't," he added. "We at Microsoft are lucky enough to come along with them as a partner and pick up on the 360, from day one, the freedom and to capitalize on that."

According to Kislyi, the secret sauce for Wargaming's titles is its back end infrastructure, a strong, time-tested code and server setup that ensures games run smoothly. He also noted that the reason the company spent years in testing for its PC titles was to make sure that back end was rock solid — a process that was simplified for World of Tanks: Xbox 360 Edition due to the already stable setup.

"We pretty much don't expect any unexpected things."

"I think those months of heavy real-life testing ensured that we pretty much don't expect any unexpected things," he said. "We know for sure that last month we had 1.1 million Russian players on PC servers at the same time, so a bottleneck is a big challenge. But for the Xbox version — the back-end is our well-tested server side code that is platform agnostic and has been polished throughout the years. We know our maximums and what we can handle. I think right now we are ready to accept millions of players coming to play in a short amount of time." 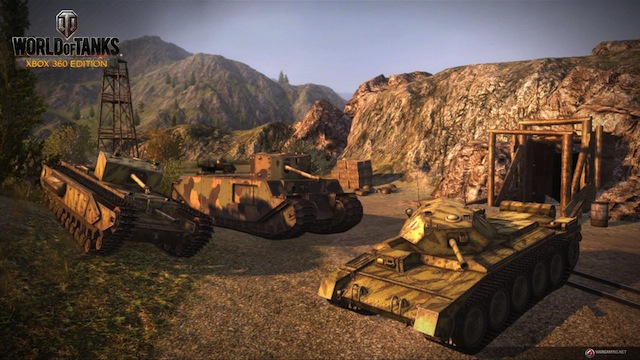 As for Xbox One plans, Booty and Kislyi are in agreement that while it's too soon to confirm anything, it's something they will think about once the Xbox 360 version is out.

"The Xbox 360 version is the first step on the console," Kislyi said. "Nothing prevents us from moving into consoles, it's just we have to be realistic about capacity."

"I think it would be rational to expect that we would consider that, but really, right now we are super-duper focused on the 360," Booty added. "It's important to understand that this game has been in development for over a year. Wargaming put together a purpose-built studio in Chicago to make this game and we've been working on this since a point when the Xbox One was still in its early design stages. But once the game is out of beta, it's safe to assume we would consider what the next steps are."