How The Last of Us: Left Behind overcame a false start

Share All sharing options for: How The Last of Us: Left Behind overcame a false start

Ellie's sidekick in The Last Of Us' first single-player DLC Left Behind is a spiky adolescent pal called Riley, with whom our hero has the kind of fraught and intense friendship not uncommon among people their age.

The story, releasing this week, focuses on what lies between these two youngsters, their differences and commonality, their shared history and divergent perspectives.

Left Behind takes place before the events of The Last of Us, and so acts as both an origin story for Ellie, and a new perspective on the world we learned about in the main narrative. Post-apocalyptic combat plays a supporting role to the tale's strong elements of emotional discovery.

Herein lies the writers' difficulty. In a successful world like The Last of Us, one which people care about deeply, wrong notes ring loudly. How are the writers able to introduce a new character, like Riley, who is both challenging and sympathetic, who represents the complexity of youthful relationships and who allows us to learn more about Ellie?

The answer is; with difficulty.

In a Polygon interview with creative director Neil Druckmann (below) and game director Bruce Straley, they talked about the many problems they had getting Riley just right. 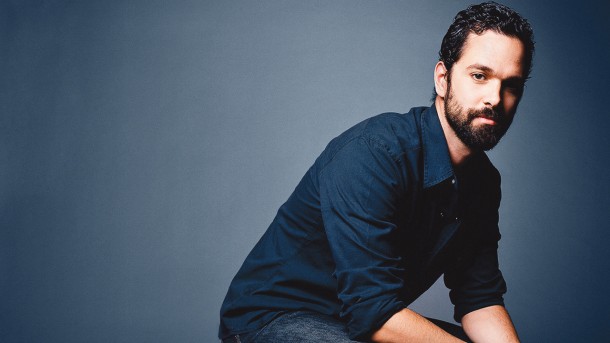 "In the first couple of iterations, we failed at it," explained Druckmann. "Players [pre-release testers] weren't feeling that connection. There is a point where the story turns and they were like, 'I'm not sure I buy this.'"

The two-hour story riffs on teenage relationships and the associated norms we take for granted, transposed into a post-apocalyptic shopping mall. Teenagers enjoying easy times, goofing around the aisles of Forever 21 and Cookie Crumb are a familiar sight in our world. This DLC allows us to enjoy the novelty of witnessing this familiarity in their much more dangerous world.

At the same time, the mall acts as a kind of theme park to a world that is lost to Ellie and Riley, that, in their daily struggle to survive, seems alluring and yet trivial. We are able to see ourselves through their sense of wonder and scorn. This only adds to the need to deliver absolute authenticity.

"We wanted to see if what we were trying to convey was coming across," added Druckmann. "It wasn't.

"We really racked our brains. We had to rethink what the characters were doing and how they were communicating with each other, how Riley was coming across.

"We felt like we could structure it better. There could be a better progression of that relationship that mirrors the gameplay. We re-recorded almost all of the lines. We kind of started from scratch." 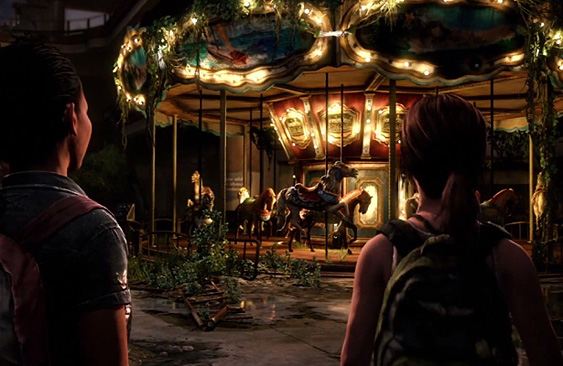 Last week, The Last of Us swept the DICE Awards, a clear indication that the Academy of Interactive Arts and Sciences were bowled over by the game's much celebrated emotional whack.

Recreating the magic that exists between Ellie and the main game's protagonist Joel was always going to be a big task. So what was wrong with Riley?

The rewrites and new takes focused on making her more sympathetic, more layered and believable. "Just fleshing her out a bit more really helped," said Druckmann. He added that re-arranging some of the events in the game also added to a sense of empathy with the new character. "There's a really climactic moment with their relationship. I guess two climactic moments. It was just about swapping the order. One motivated the other, and that just made it flow better. That made it work."

Rejigging the story became a test of nerve too, as the team endlessly debated how far they were second-guessing stuff that actually worked pretty well, that didn't need to be fixed. When the play-tests were going on, key elements were missing from the experience, such as art models and music.

"We have to put on our scientific goggles and go, what is it exactly that is wrong?" said Straley. "We want to keep it as subtle as possible. But when that music's not there, you're not getting the undertone of what we're trying to say. Some of the art's not done. The lighting is kind of broken. There are so many different elements that add to the emotional context of where you're at as the player and how you're receiving that character, that moment. It's really about stepping away and not getting attached to your babies and going, okay, let's try to figure out what exactly is working, what to blow up and sift through the dust, and what to actually build off of that we've already got here."

Straley and Druckmann did not want to sledgehammer the player with big emotional messages, an error that many games, striving manfully for serious feels, often blunder into.

"The risk is that we oversteer," said Druckmann. "That's very easily what could happen. Changing something so we're telling the player how they should feel and how the characters feel about each other. No, no. We're going for something subtle here. The notes we're using maybe aren't quite right, but let's not add a bunch of unnecessary notes."

The play-tests gave the creative team a sense that Riley needed work, but they offered very little in the way of solutions to the problems. "We're constantly asking each other, what are we after here?" said Straley. "Playtests can be weird. Hearing the feedback, we're all kind of hurt, because we're sensitive about our creations. We have to step away and go, what are we after here? What is it, truly, that we're trying to do with these characters? It's just baby steps, trying to redirect slightly. Again, we're going for subtlety here, as much as we can, so you as the player can feel more invested. You're not being told how to feel. We want you to feel."

Previews from the DLC are appearing, and they are positive. Clearly, the final cut is working. "It clicked," said Druckmann. "Everything came together. People were blown away, for lack of a better term. They really bought into the relationship between Ellie and Riley. They were moved where before they were not."

Polygon's review of The Last Of Us: Left Behind is due to run on Feb. 13.