Those who pre-order Dark Souls 2's Black Armor Edition or its Collector's Edition will receive a voucher for the Black Armor Weapons Pack of shields and weapons, publisher Bandai Namco announced today.

The voucher will unlock content that ranges from light and quick daggers to slower maces and heavy shields with heightened defense. Each will be available alongside Dark Souls 2's starter weapons and could offer early game benefits for those who wield them.

You can see each in the image below.

Announced last September, Dark Souls 2's $59.99 Black Armor Edition is a free upgrade that comes with a metal case and the game's soundtrack. The $119.99 Collector's Edition contains the Black Armor Edition's contents, plus an art book, a cloth game world map and a 12-inch figurine. Pre-orders are available at Amazon, GameStop and EB Games Canada.

Dark Souls 2 is set for a March 11 release on PlayStation 3 and Xbox 360 with a Windows PC release to follow. For more on the game, be sure to read our hands-on impressions of the beta from the Tokyo Game Show and our interview with co-director Yui Tanimura from E3. 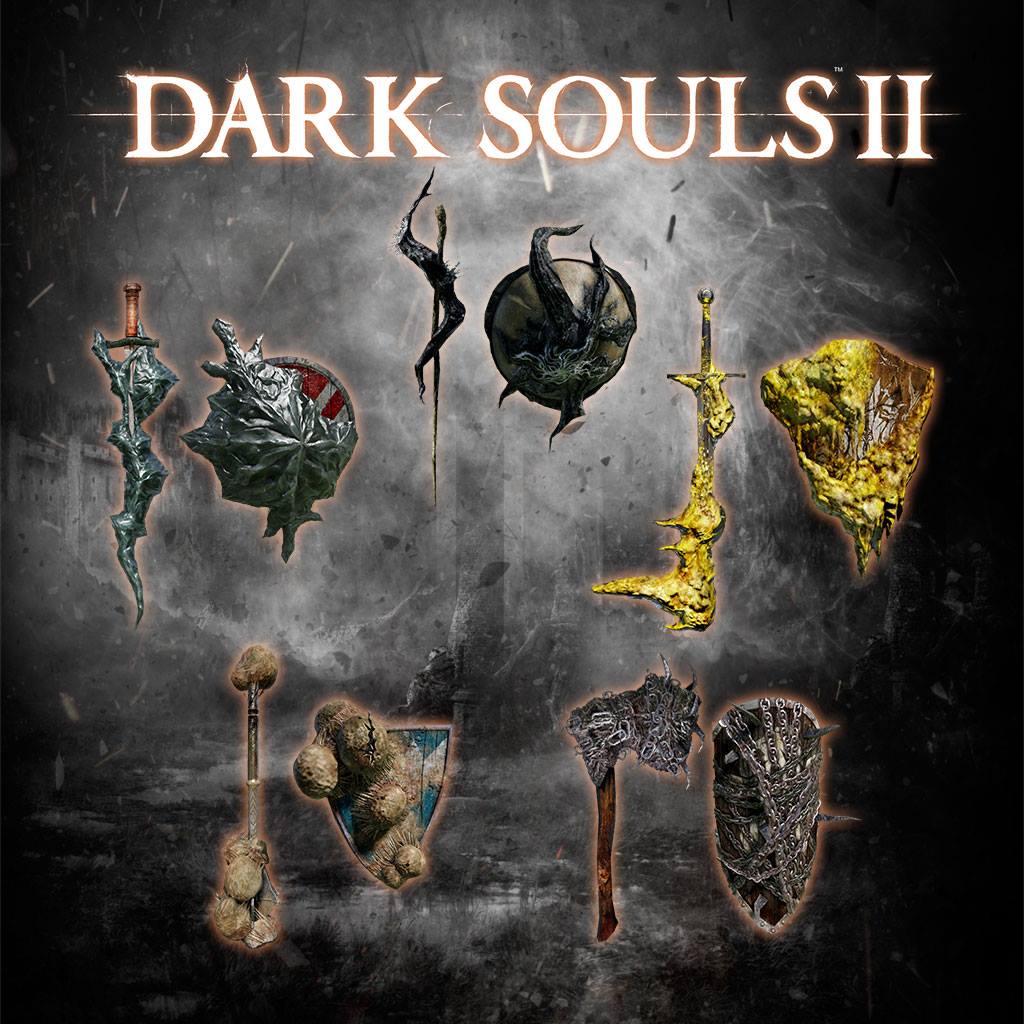