How Nintendo is experimenting with in-game haggling, free-to-play on 3DS

Share All sharing options for: How Nintendo is experimenting with in-game haggling, free-to-play on 3DS

There's no denying that Nintendo's had it rough these past few months, to say nothing of the last few years.

In the wake of financial loss and turmoil, however, the company's appetite for experimentation has hardly been curbed — especially when it comes to its ever-improving handheld system, Nintendo 3DS. With upcoming titles Steel Diver: Sub Wars and Rusty's Real Deal Baseball, Nintendo is testing the changing waters of digital distribution.

Or, to be more accurate, it's playing.

During a recent demo in San Francisco, senior product marketing specialist JC Rodrigo told Polygon that Nintendo is pushing "every possible norm" to see what lands with consumers.

To start with, there's Nintendo's upcoming download-only title, Steel Diver: Sub Wars. Originally announced as the company's first ever free-to-play game, Steel Diver is actually more of a "free-to-play if you so choose" kind of deal. Everyone that downloads the free version of the game gets access to two submarines, a handful of missions and both local and online multiplayer. For those willing to pay, the premium version will feature 18 subs total and special patterns, all of the game's missions and crew members.

But just to be clear, there's nothing that will keep players of either category from playing online together.

"When you have the free version, you have the local and multiplayer modes available to you," Rodrigo said. "You can go online with one of the two ships that you have, but you will be paired up against people that have the premium version. You'll see ships that turn quicker, that fire faster." 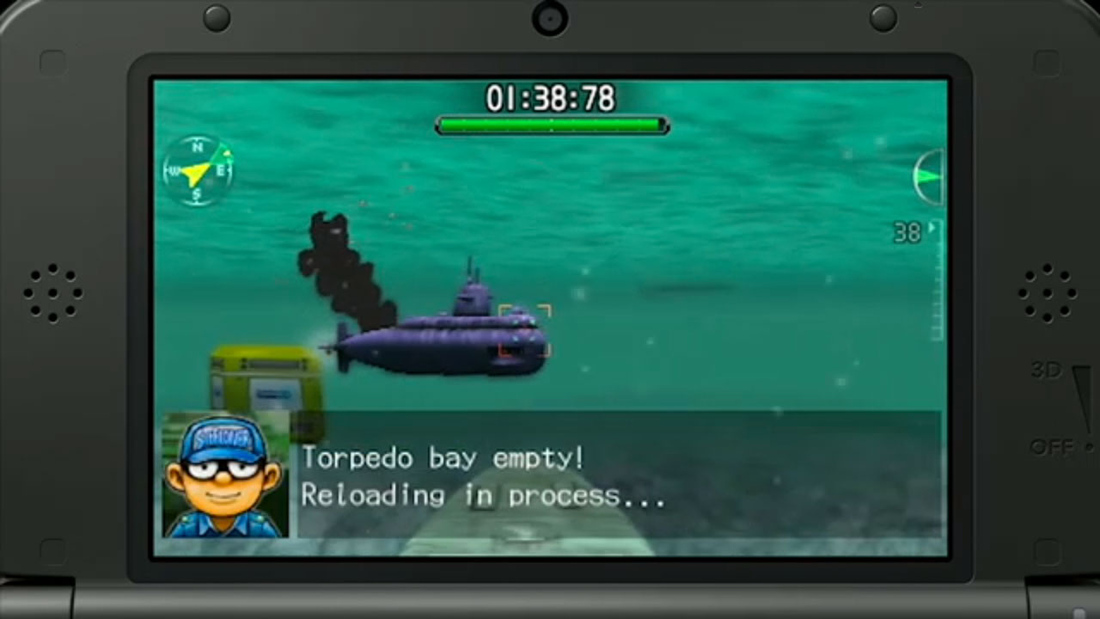 According to Rodrigo, the hope is that players will see the premium content and want to try it for themselves. Patterns add a new level of customization to your subs, while crews make it possible for you to change the vehicle's attributes. Players can add crew to up their sub's speed, hit points and more. However, premium players won't have enough of an advantage over free players due to the multiplayer's focus on shared strategy, Rodrigo said.

"You need to rely on teamwork," Rodrigo said. "When you go either local or online, it's four vs. four."

Although vacant spots will be automatically filled with bots, human players can work together to outwit their opponents. To substitute for voice chat, players can send text-based messages via Morse code. The bottom screen provides a legend for players to tap out their messages, while those on the receiving end will get a text communication. With the proper strategy and collaboration, players can divide and conquer.

"Everyone has access," Rodrigo said. "Nintendo 2DS and 3DS owners will be able to download the free version. At the very least, there's no risk."

That idea of free trials and no risk is also prevalent in Nintendo's baseball-themed downloadable game, Rusty's Real Deal Baseball. Described as a collection of individually priced minigames, the title features a pricing structure "that's practically unheard of," Rodrigo said.

The game's demo — which includes six stages of the first minigame — is free. More minigames and episodic content are available for $4 each. But Nintendo sets Rusty's Real Deal Baseball apart from other piecemeal payment systems with its haggling system. By offering the game's shopkeeper, Rusty, special items or in-game coupons, they can drop the amount they'll pay in real-world currency. 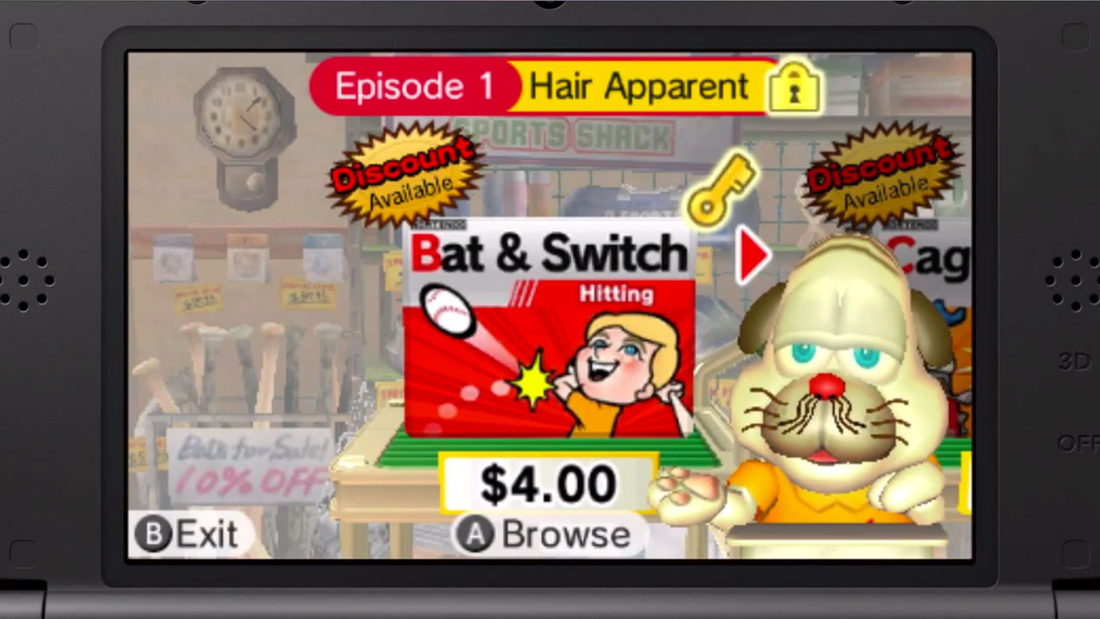 It's a process that sounds more complicated than it really is. During minigames, you earn stamps for high scores and achievements. If your score is high enough, these stamps will sometimes yield you pretty funky items — think nose hair trimmers or remedial cooking class coupons. Strange for a baseball-themed game, but only until you visit Rusty. Occasionally you can lure him into talking by offering him donuts, or he'll chat you up about his life. The trick is to pay attention to his stories and gift him the correct item. If he's complaining about his luck with the ladies, for example, throwing him the nose hair trimmer to clean up will probably earn you a discount.

Rodrigo couldn't say how far players could talk down their prices, but he did confirm that all content packs will have a limit to how much you can save. Still, Nintendo isn't focused on the game's prices. Were that the case, Rodrigo said, it would be easy enough to simply hand customers the lowest price right away. Instead, they want to make it fun, and they want players to be more invested.

"I think our [system] is not really like micro-transactions. We don't view it that way. It's more fun to make a game out of you buying something than it is to unlock something that's already in the game that you should have. We take the approach of, 'What's fun about this? What can we make fun that no one else has made fun?'"

Nintendo is trying new things, he said, and that will continue as a trend. It's not an experiment or a new, focused direction, but both.

"It's expanding on what we've already done, but also just trying to think different about the current digital space that we do have," Rodrigo said.

He added that for now, there's no way to tell if Nintendo's downloads will overcome its physical media, but he encourages those watching to keep an eye on their digital content.

"Our digital space is changing," Rodrigo said. "Let's just say that it's a very interesting time for us. We're having a lot of fun with some ideas."

Little Mac in Smash, the latest on X, Mario Kart 8 and more from Nintendo Direct