The Last of Us: Left Behind comes close to falling into the most common trap of single-player DLC.

Most downloadable content plays it safe with plot and characters, sticking to side stories or cut material from the main game. It wouldn't have been surprising if Left Behind followed this pattern, but it would have been an especially egregious mistake for developer Naughty Dog. Regardless of other issues I had with it, The Last of Us certainly tried to say something, to find meaning in its violence and chaos and quiet moments.

While this two hour add-on doesn't add much to The Last of Us mechanically speaking, it builds on the main game's fiction successfully. It also develops its most important character in a surprising and sophisticated way.

Intercut with a sequence set in a gap in the The Last of Us timeline, Left Behind focuses most on 14-year-old Ellie's life before she meets Joel. Dejected from her stay at a military boarding school, Ellie is surprised when her missing friend Riley shows up, inviting her out on a dangerous adventure into a city filled with deadly infected. 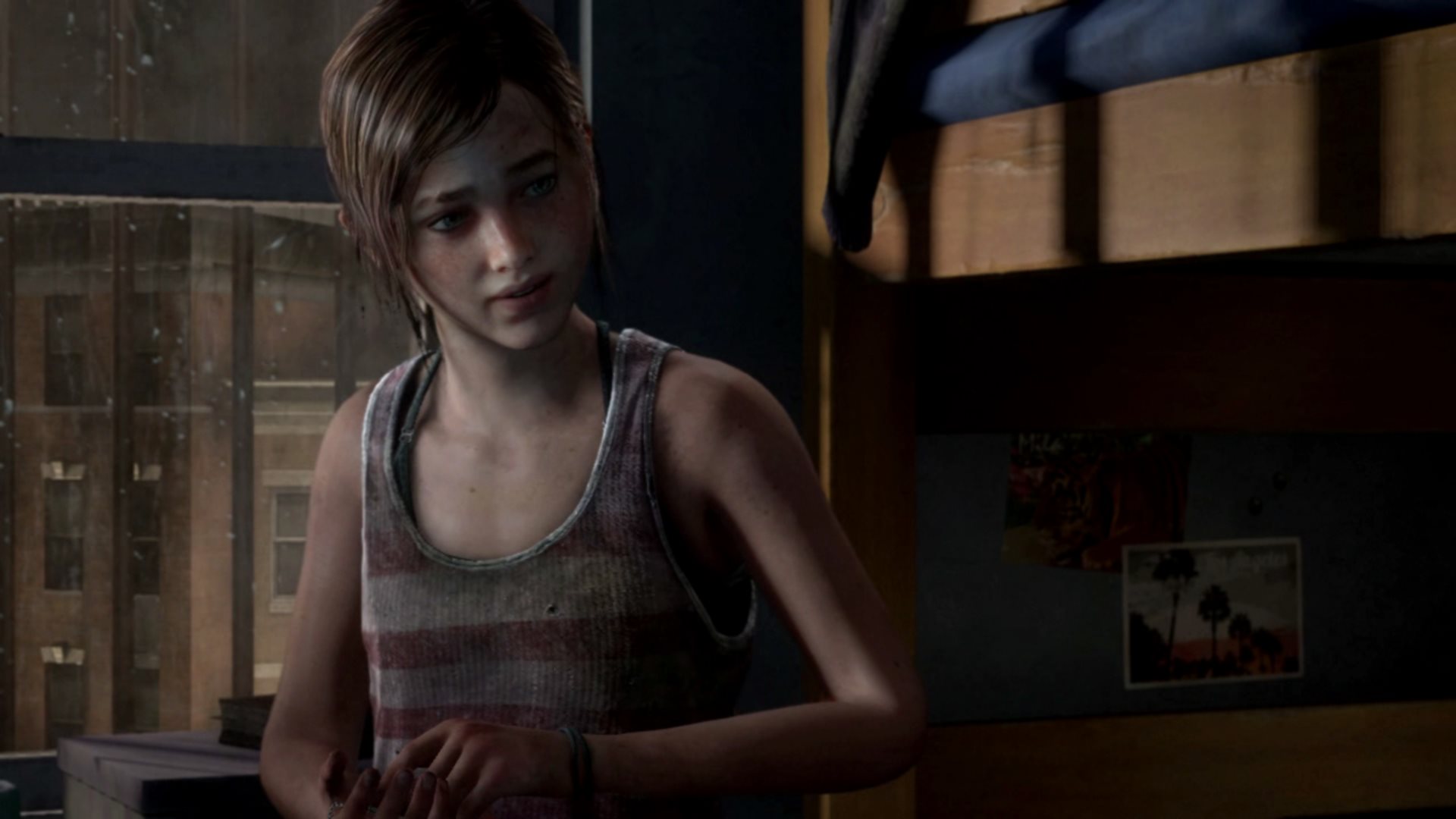 On The Last of Us

More notable problems with The Last of Us manifest as it leans more on the traditional trappings of third-person shooters — fights against waves of enemies or arenas full of waist-high cover where your only recourse is to kill everyone in your way. These sequences sit at odds with the rest of the game. Joel can't take much damage from enemies, which isn't such a big deal when you're sneaking past them without incident. But at increasingly frequent points in the narrative, I had to buckle down and deal with the messy gunplay and repeated checkpoint restarts.

Combat against the zombie-esque infected is especially frustrating. Not only are they faster, more aggressive and more unpredictable than human enemies, but multiple types of infected have an instant, one-hit kill if they get in melee range.

Read Polygon's The Last of Us review

The Last of Us slowly built a relationship between Joel and Ellie, while Left Behind's goal is to create a convincing history between Ellie and Riley — a sense that they already know each other, that players are coming into the middle of a story rather than the beginning of one. Naughty Dog's skill at writing interesting, believable characters is almost more impressive here than in the main game, with a plot that follows two teenage girls — not the gritty, middle-aged dude protagonists that populate the majority of games we play.

Ellie and Riley aren't easy stereotypes, either. They shift between light-hearted banter, tense drama and nearly breaking down under the weight of the post-apocalyptic world they live in. They talk about music, friends and romantic interests, but they also spend a lot of time trying to figure out where they belong in a world torn apart by disease and death. The conclusions they reach are surprising, touching and sad.

The finale only works because Left Behind isn't afraid of spending so much of its short length on character development. Scenes with Ellie and Riley together make up around half of the DLC's two hours, and they're devoid of combat. These portions are all about exploring beautiful, devastated locations, finding tiny environmental stories and figuring out what items in the world will trigger a conversation with Riley.

This structure is simple, but I quickly grew to care about Riley, and forged a stronger connection with Ellie. The especially powerful conclusion adds more layers and nuance to a teenaged character than I would have thought possible.

The other half of Left Behind is devoted to The Last of Us' tense but often frustrating combat. It's a lot less exciting than the narrative, but it was less annoying than I had grown to expect from the game proper. As Ellie is ostensibly less skilled at combat than Joel, Naughty Dog smartly places her in smaller-scale encounters.

Many of the situations play out more like puzzles. In one, I tricked a group of bandits into fighting with some infected to thin out their ranks. When the fighting stopped and only one bandit remained alive, I was able to sneak in from behind and finish him off. The solutions were always clear and within easy reach, but I still enjoyed putting them into play.

Left Behind's combat scenarios rarely devolve into a mess of sloppy shooting against waves of enemies, an issue common in the core game. One disappointing set piece pits Ellie against an overwhelming amount of enemies with no choice but to kill everyone in the room, but that's the only part of the DLC that very obviously suffers from the same weaknesses that held back its forebear. 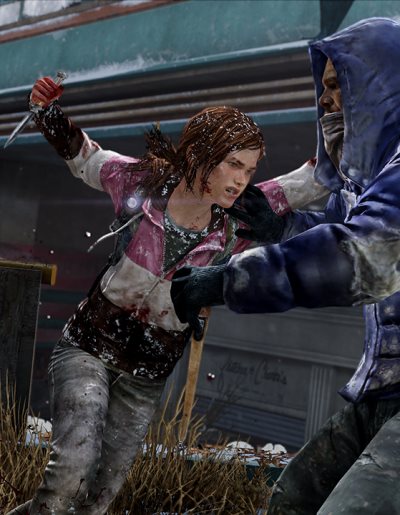 That sequence aside, Left Behind feels like an important step for Naughty Dog. It's aware of its own shortcomings and largely willing to focus on its strengths. It embraces the developer's impressive character development capabilities, and inches away from including elements that feel arbitrarily shoved in "because it's a game." Left Behind is small and quiet, but it's also confident in a way The Last of Us never quite achieved.

The Last of Us: Left Behind was reviewed using early PlayStation 3 code provided by Sony. You can find information about Polygon's ethics policy here.