A first play of South Park: The Stick of Truth

Share All sharing options for: A first play of South Park: The Stick of Truth

Rare is the character-creation mode that can provoke genuine laughs.

South Park: The Stick of Truth offers an exception. The empty character that greets you upon entry to Obsidian's cartoon RPG, awaiting your individualized tricks and trinkets, is chuckle-out-loud pathetic, a forlorn, human maggot in underpants.

The game seeks not merely to infuse funny into a game narrative, but into its very mechanics. When the player goes on to choose a character name, there's another joke that toys with gaming conventions in a way that reeks of the television show's manic verbal horseplay.

It's not one of those games where you traverse the world for a bit, press A, wait for a funny cut-scene and then move on, suffering the aural pain of repeated catch-phrases (though that does occur).

It's a roleplaying game with an overworld and quests. There is a turn-based combat scheme based on individuals within a party using their particular powers to best effect against enemies and in aid of allies. It's not RPG-lite. It's an RPG from the guys who made Fallout: New Vegas. 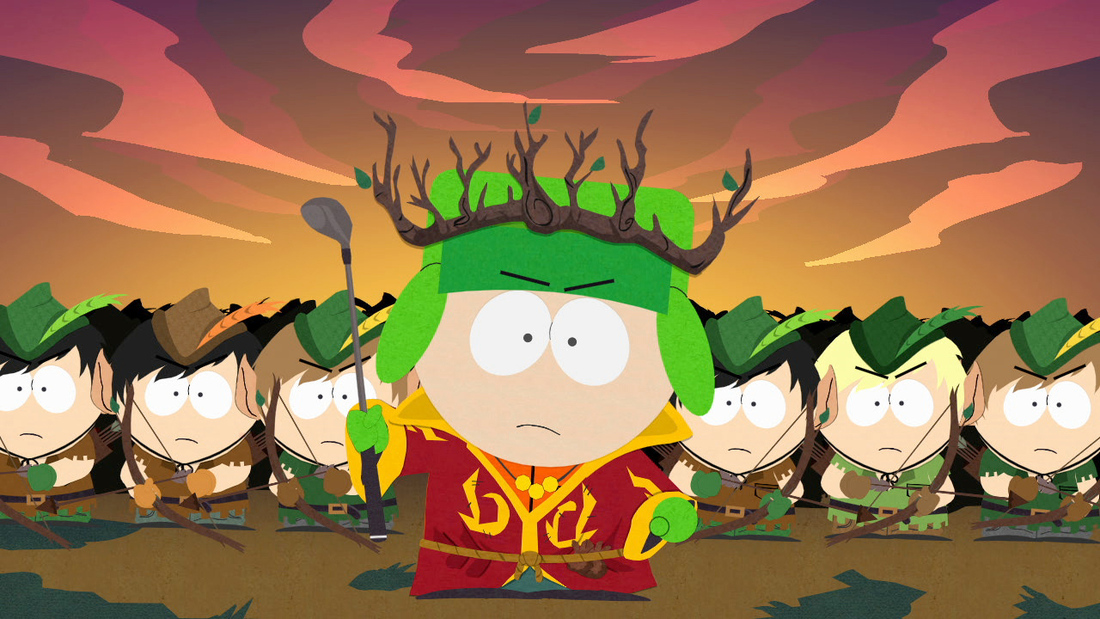 Some of the combat mechanics are basic fantasy fare with an additional South Park flavor. We are in a video game fantasy in which children are playing at being in a video game fantasy, and so familiar devices are to be expected. But the weapons and attacks also deliver twists on the familiar, delving into South Park's box of puerile and obnoxious tricks.

This is a world of swear-words, defecation gags and naked ladies squealing with the shock of exposure to the curious, prying eyes of boys.

South Park is also a world of jokes about minorities, as voiced by the disgraceful clown Cartman. The joke is clearly on the buffoonery he represents but still, it's not for everyone, only for those receptive to the TV show's ferocious mockery of everything, its loaded political satire. Beyond the schoolboy stuff and the knockabout offensiveness, there is always something else, something bigger, going on, though whether the game pulls off this layered and difficult trick, it is too soon to say.

Video games are not above this machine-gun comic excess. The console wars were skewered by the TV show last year, and gaming comes in for some stick in the game. It's all good natured stuff, and much of the humor is directed outwards, at the player and our in-game habits. If you are the sort of player who simply has to explore every corner of the world, in search of loot, you can expect to be rewarded with some joshing.

"We want to track what the player is doing and so we created punchlines that let you know that we are watching," explained creative consultant Jordan Thomas. "We want the game to respond to what you are doing." He said a lot of work had gone into "contingent humor in the game, meaning player-driven humor."

"You are exploring the town and having it laugh at you based on what you do," he added. "You can't get that from the show and you really can't get it from that many games." 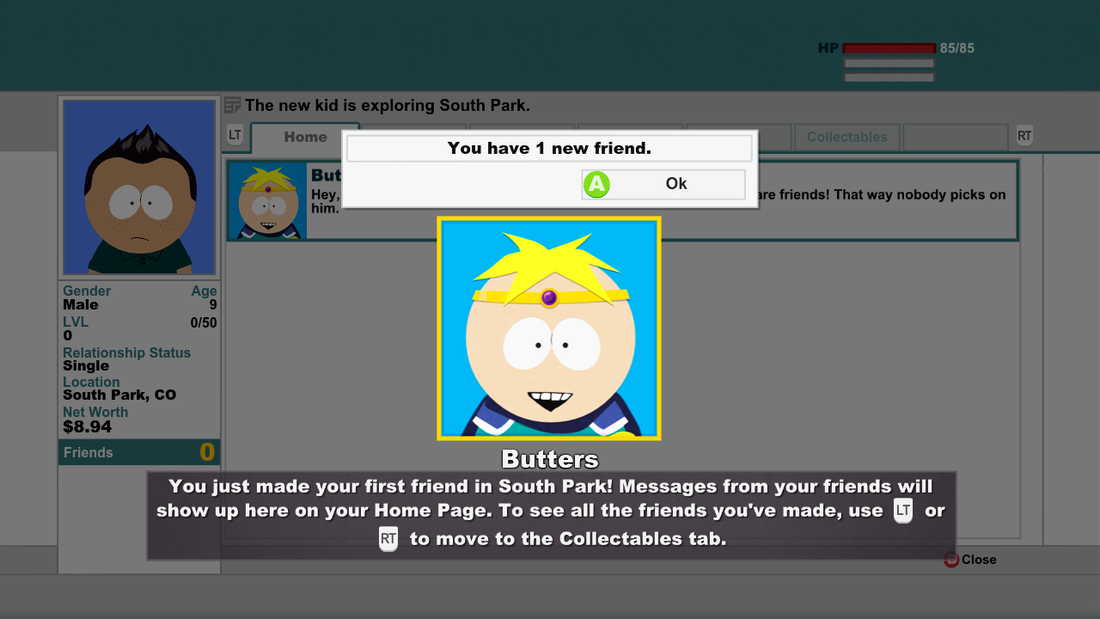 Talking of loot, this is another excuse to load in the gags. Players can pick up essential stuff for use in combat, as well as junk that references the South Park world, with the added benefit of being tradable for upgrades.

Characters pop up to give quests, and also to populate a Facebook-style page, another place to seek out jokes and memes. Likewise, the classes evolve in ways that are designed to tickle ribs.

"It is intoxicating to have fun with video games," said Thomas. "I haven't really been able mock games from the inside before."

They have spoken before about how much they wanted to create a proper game, one that honored the experiences of their younger days, like Earthbound, a particular favorite. "Video games are definitely a humbling experience," said Stone in a recently released promotional video. "They're a bear to get your head around and how to put one together." 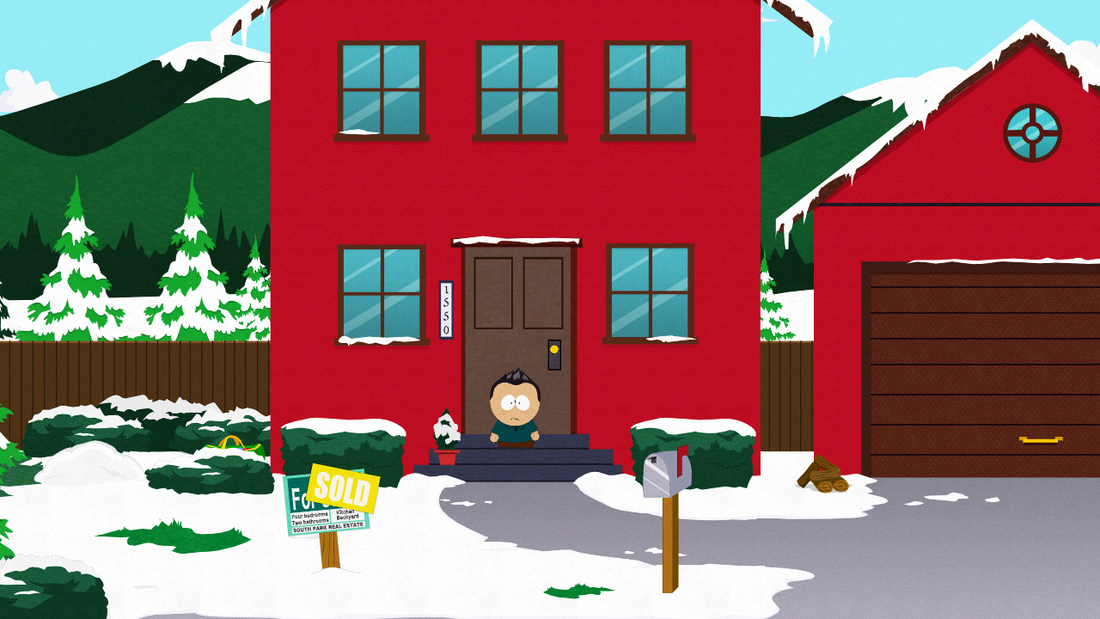 Indeed, the game was originally scheduled to be released by THQ in 2012, and has suffered various delays, pushing the release to early March. One of the creative goals has been getting the visuals to match the TV show. South Park handled the animation on the game, adding time to the process.

South Park: The Stick of Truth plays like a turn-based RPG, with combat-timing elements in both the over- and combat-worlds. The first few hours are simple matters. One minor note: the defense block button, although not crucial to winning at low levels, is extremely demanding. Thomas said this was added to allow for player-expertise and muscle-memory. But it is odd to be able to hit an attack 95 percent of the time, but to manage a successful defense at less than five percent.

Still, there can be little doubt that this is a slick production. It really does look like the show. The script and the gameplay also has to be approved by South Park, Obsidian and publisher Ubisoft, on behalf of a difficult-to-define audience. Fans of the show range from those who casually watch it when it's on, to those who know its every curve in every detail.

"How much of the show should we replicate?" said Thomas. "How much South Park tourism for the non-fan who just heard that the game is funny, and how much for the people who have watched it more than Matt and Trey, the terrifying people who know every single punchline from the show? We try to keep those extremes in mind and we try to keep a balance."