A fresh round of personalization packs will arrive in Call of Duty: Ghosts on Xbox 360 and Xbox One next Tuesday, Feb. 18.

Themed Personalization Packs pack will cost $1.99 and include a weapon camo, reticle, patch, player card and background. Four will become available next week: Circuit, Ducky, Inferno and Space Cats. Players will also be able to purchase special characters Elias, Hesh, Keegan and Merrick for $1.99, and the $3.99 Captain Price Legend Pack will let players play as the Modern Warfare character. You can see images of each at One of Swords. An Extra Slots Pack, which increases loadout slots from six to 10, will cost $1.99.

Each of the items is locked into a console, so players won't be able to purchase something on Xbox 360 and transfer it to Xbox One. The items will also be available on other platforms at an unannounced date. 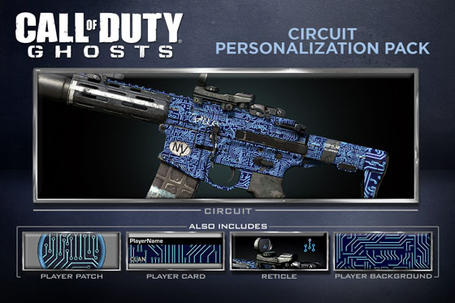 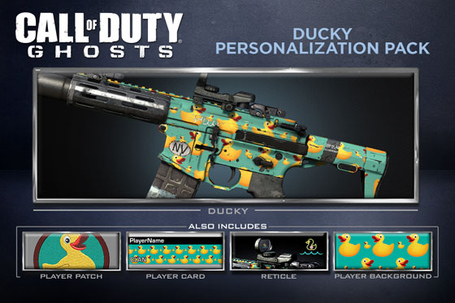 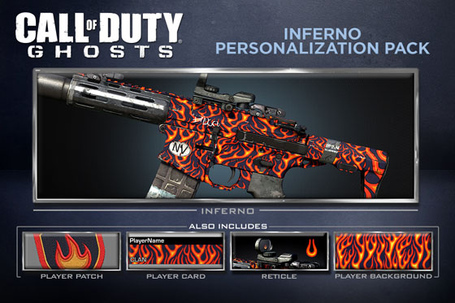 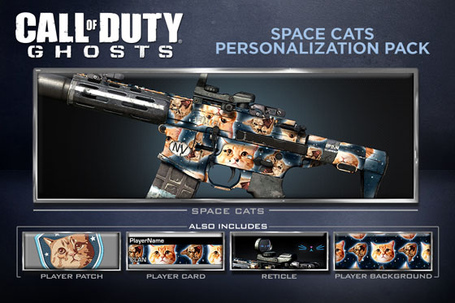