Vlambeer: Just making games is the key to becoming successful

Share All sharing options for: Vlambeer: Just making games is the key to becoming successful

Rami Ismail usually introduces himself as "one half of Vlambeer," the Dutch indie studio behind games such as Ridiculous Fishing and Nuclear Throne; the other half is designer Jan Willem Nijman. In a keynote address at IndieCade East 2014 today, Ismail chronicled both of their lives, from birth to the present. He wasn't just telling the audience his life story and Vlambeer's history — he was illustrating their rocky, unique path to success, and the thrust of his speech was that there's no single definitive way to make it as a game developer.

"I was a really unruly kid back in elementary school," said Ismail, before explaining that a teacher, in an effort to get him to focus, introduced him to chess at the age of 5. That was Ismail's first exposure to any kind of game system, shortly before his parents brought home the family's first computer and he started messing around with the QBasic game Gorillas. From the moment he altered some of the game's code to get his name to show up on the title screen, he was hooked on programming. Soon afterward, he began creating his own games in the form of interactive fiction.

Meanwhile, Nijman also started playing chess at a young age, and when he began reading the Dutch magazine CompuKids at the turn of the millennium, it spurred him to begin writing his own design documents for games. A few years later, in 2006, Nijman joined The Poppenkast, an online hub for game designers. There, he participated in a number of three-hour game jams that, according to Ismail, led to Nijman's action sensibilities as a game designer.

"Even though he really didn't make anything good, he did make a lot of stuff," said Ismail.

chess was Ismail's first exposure to any kind of game system

In 2008, both Ismail and Nijman enrolled in the Utrecht School of Art and Technology in 2008, but dropped out in 2010 to pursue Vlambeer. The decision came about partly because they had developed a game on the side while in school, and when the school found out, Ismail and Nijman were told that the rights to the title belonged to the school.

According to Ismail, he and Nijman wanted to keep Vlambeer going by bringing in "incremental revenue," so the two were always working on something. They started out by selling games like Radical Fishing (the basis for Ridiculous Fishing) and Dinosaur Zookeeper for modest sums. They began traveling a lot to conventions, where they met individuals like Venus Patrol founder Brandon Boyer; he hooked them up with developer Zach Gage, who helped them bring Radical Fishing to iOS as Ridiculous Fishing. They released their first flagship title, Super Crate Box, for free — it was intended as a business card, said Ismail, to get Vlambeer's name out there in the Dutch indie development scene and in the industry at large.

They also worked on projects that didn't turn out so well. Indie publisher Devolver Digital reached out to Vlambeer about doing a Serious Sam title, a kind of game the studio wasn't really interested in making despite their love for the franchise. They developed Serious Sam: The Random Encounter, a turn-based role-playing game, and it was released in 2011. But it was mostly Nijman's work, since Ismail had to spend most of his time dealing with the ongoing cloning saga for Ridiculous Fishing. By the end of the year, Vlambeer had only $2,000 in its bank account, the first of two times that the company almost fell apart. That experience, said Ismail, "taught us that we probably should look after ourselves." 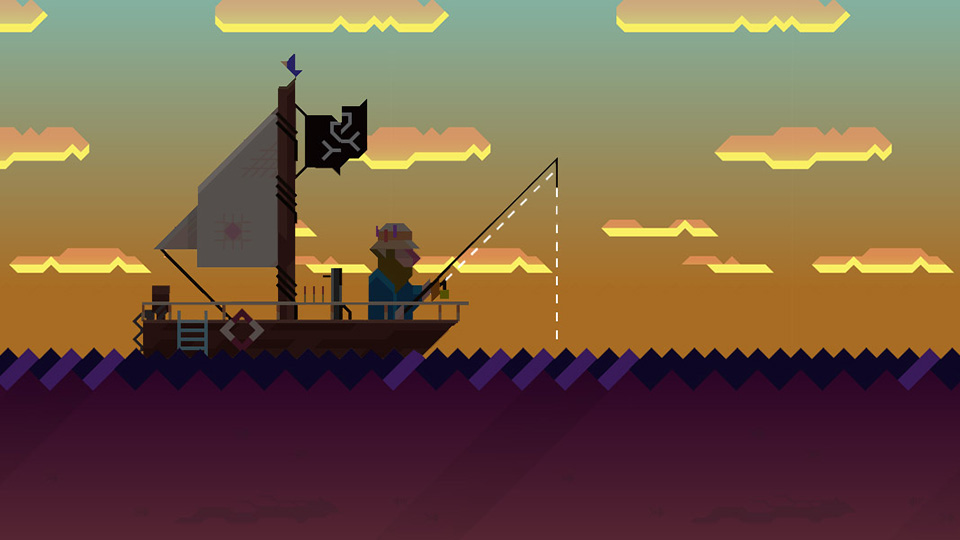 Ridiculous Fishing was nominated for an Independent Games Festival Award in early 2012, which brought more notoriety to Vlambeer. Yet their next project, Hyper Crate Box, stalled for eight months — "things weren't working," said Ismail. Instead, he and Nijman worked on dozens of different games that year. When it seemed for a second time like Vlambeer was going to fall apart, they drove across the U.S. with fellow Ridiculous Fishing developer Gage from Seattle to New York, and eventually finished the game. It was released on iOS in March 2013 and instantly became a smash hit; after that, said Ismail, "we didn't have to worry about money for a while." Vlambeer recently released Nuclear Throne on Steam Early Access and is now working on that as well as the dogfighting game Luftrausers.

The way Ismail sees it, he and Nijman got to where they are because of their individual experiences as well as their hard work. Ismail, the business half of Vlambeer, learned negotiation skills from time spent as a computer salesman and as part of a Model United Nations debate team. Most of the studio's games are twitchy action titles because of Nijman's background on The Poppenkast.

"There are really no shortcuts to making games," said Ismail, and "there is no right way." Instead of hoping for good fortune, it's important to make your own luck — to interact with other developers and make connections, to be active in the indie community. But most of all, he said that "every little thing you make helps you make better games." So the last slide of Ismail's presentation listed the best thing to do if you want to become a developer: "make games."