A music game that is also an arena first-person shooter is, at the very least, a fresh idea.

And fresh ideas are something the rhythm genre badly needs. Mapping music to physical movement has been the life's work of developer Harmonix, from its hip underground origins with Frequency through to the hyper-commercial overblown grandiosity of Guitar Hero and Rock Band.

But always, the mechanic was some variation on hitting a button or making a movement at the right time, in order to generate harmonious chords, the beats flying towards the player like an explosion in a frisbee factory.

It was fun, while it lasted. But this genre crashed into a tree some time in 2009, and was buried, without much fanfare or fuss, in a closet under the stairs. The dance genre is all that remains.

Harmonix returns from the years of excess, slimmer and fitter, with Chroma, an altogether new creative approach, a shedding of the old. It is, bizarrely, a free-to-play musical arena-shooting game, an FPS with a heavy emphasis on melody and tunefulness.

It's a reminder that, leaving aside the bloated mid-decade sequelized drum beats and riffs of those plastic-peripheral games, this has generally been a company that likes to try new ideas.

"People used to joke all the time, you should do an FPS based on musical notes," said publishing director John Drake. "Well, now we have done it. In the past, music games became sims, but we feel like there is a lot more to them as a component of gameplay."

So, Chroma. Basically, you run around a chrome-bedecked world and you shoot a gun. It emits a laser beam in various hues, which is also a musical note or sequence. Different guns and different characters fire different tunes. You can assemble whole teams dedicated to, say, improvisational jazz.

The world is a clean, sci-fi space-station loft conversion, a motley of sounds and tunes, competing for dominance. There are additional gubbins like dynamic environments (hark, a doom-tower rises!) and fast-travel foot-pads. 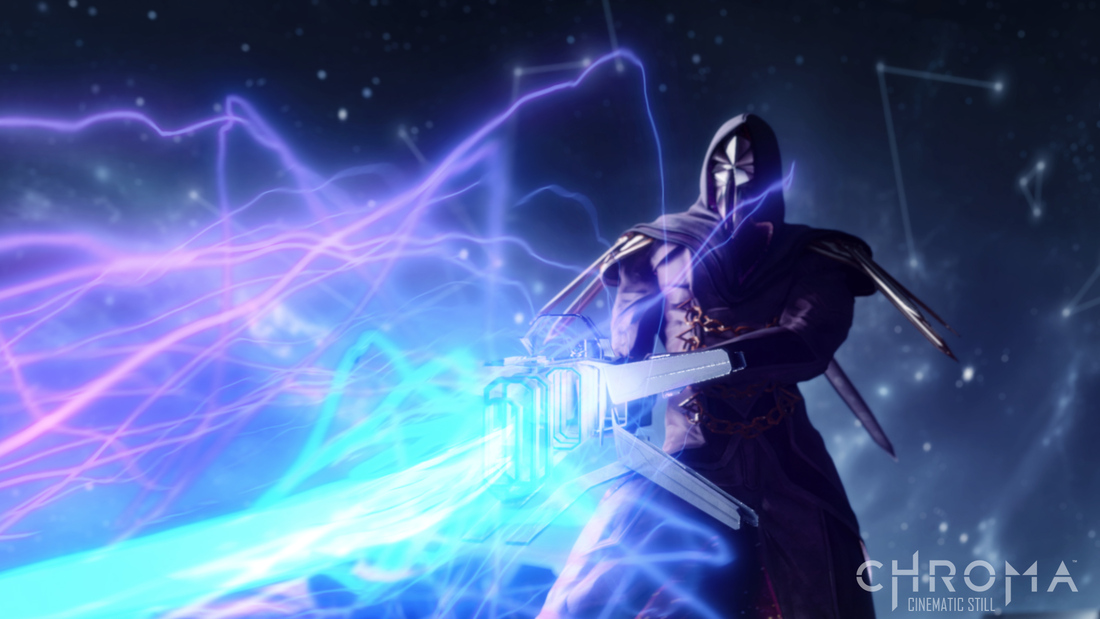 While it's possible to use the musical premise to make sweet tunes, you're also in the thick of a team-based game, in which the point is to eliminate foes. And although hitting beats cleanly and mustering tonal combination is beneficial to firepower and hit points, there is a clear tug-of-war going on in the game's design between the 'musical' and the 'FPS' parts of this symphony.

Still early in design, this feels like one that could end up being a deeply unexceptional shooting game, or a wondrous new take on music. Because while the idea of shooting people with rocket-launchers is as ho-hum as a Peruvian pan-pipe troupe, the notion of making music with weapons and teams is positively Beethovian.

I put this point to Harmonix CEO Alex Rigopulos. "For this game to genuinely be about music in any meaningful way, we've needed to make considered deltas off of established shooter gameplay tropes," he said. "We want to focus the player's attention on the music and get them into a musical flow state through gameplay."

Playing in a multiplayer deathmatch, I was way more interested in the kinds of sounds I could make, how the combinations fitted with the throbbing back-beat, how my guns harmonized with the guns of others, than I was in death-streaks. The running around and killing people was a kind of subliminal soundtrack to the real aural experience.

"Yes, the experience we're trying to summon for players is all about sound, rhythm, light, color and sensory spectacle," added Rigopulos. "It's a very different headspace than most shooters, and on some level much more about creation than destruction."

The developer is Hidden Path Entertainment, which has solid credentials for its work on Counter Strike: Global Offensive. There are plenty of classic shooter tropes tucked into the game's design, like specialized classes.

Each class is currently designed to fit certain styles of play, from those comfortable with basic first-person shooter mechanics to those who seek rhythm-based perfection.

Obviously, the different classes make a range of noises, but they also come with a variety of skill-sets; that is, ways in which they interact with the music in order to be fired and benefits they accrue, if fired on the downbeat.

This allows some personal latitude in terms of choosing a class that suits your own desire to make music or spread mayhem. Basic classes shoot tunes and that's about it, while others demand a more choral bent. At this fairly early point in development, the balancing is a long way from completion. Harmonix makes no bones about the fact that the early alpha, beginning today, is an attempt to test the basic concept as much as a tweaking operation. There is much to be learned in the months before a planned rollout. 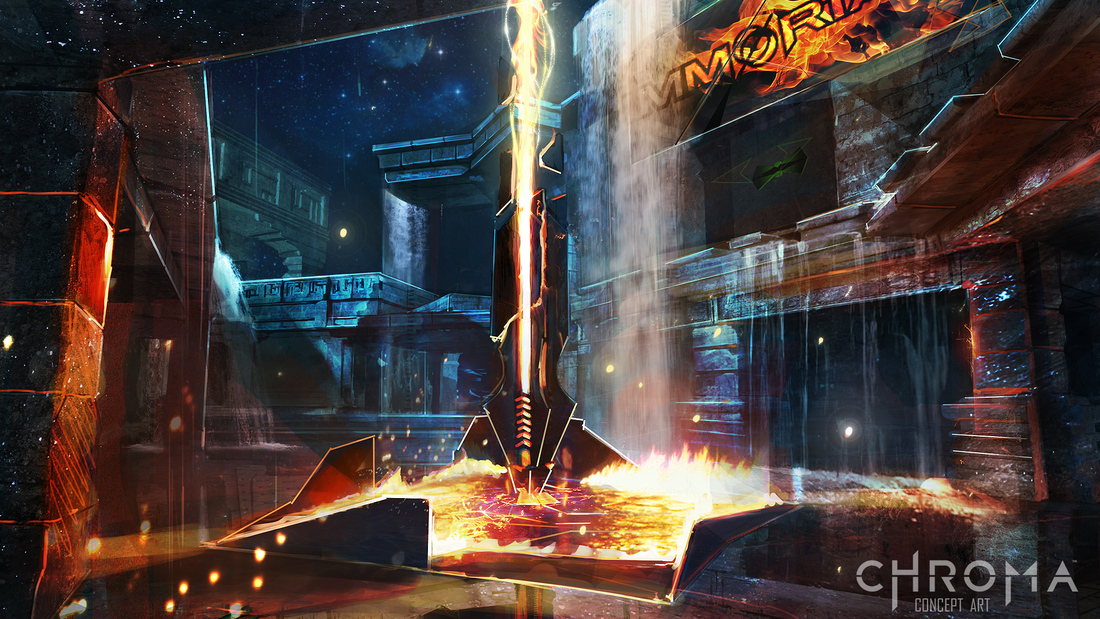 Attempts in the past to merge combat and music have been cursory and marginal. Rez was an on-rails shooter that behaved like an electronic musical instrument, but it was hardly an exercise in free expression. Likewise Gitaroo Man was a jaunty rhythm game with an alien invasion back-story tagging along.

A free-form shooter mapped to music is a genuinely new idea, and we are a long way away from really understanding what might be offered by such a thing. There is definitely a mesmerizing beauty in pumping out an actual, real song while leaping between firing positions and tackling enemies. But it's not much use if, while you seek euphonic perfection, your team is being murderized.

While demoing the game, Drake talked about potential multiplayer team scenarios in which a rock-n-roll squad battled against, say, a classical music team, each coloring the world with their favored musical contribution, a battle of the genres. This is an exciting idea; musical dominance as a victory condition, brought about by making use of the beat, rather than twitchy shooting skills. As a design challenge, adding in the complexities of a free-to-play commercial environment, it is gargantuan.

Hyper Scape will shut down on April 28, Ubisoft announces

Destiny 2 will get less tedious in The Witch Queen