Share All sharing options for: Castlevania: Lords of Shadow 2's Dracula is a Tony Soprano nosferatu

MercurySteam wants Castlevania: Lords of Shadow 2 to cause players to constantly question what constitutes as evil and leave players uncertain of the protagonist's intentions throughout the game, right through to the very end.

Speaking to Polygon at a recent event in Sydney, the game's producer Dave Cox uses Tony Soprano from the television drama The Sopranos as an example. "When you think about Tony Soprano as a character, you find yourself going, 'Tony is great, I really like Tony'," Cox said. "And all of the sudden he starts viciously murdering someone. Those kind of scenes bring you back to reality and make you question the character."

The Lords of Shadow games follow protagonist's Gabriel Belmont's fall into darkness and transformation into Dracula. The first game, Lords of Shadow - Mirror of Fate, took Gabriel from light to dark while the latest installment draws him deeper into the darkness and into a crueler story.

As the story can be deemed cruel through Dracula's actions and its actions towards him, the plot is best viewed as a tragedy. In previous Castlevania titles, pre-Dracula Gabriel Belmont set out with the best intentions to bring back his dead wife and made some bad decisions along the way. He is unsuccessful at the start of Mirror of Fate, saving the world, murdering his own son and fails to bring back his wife. This chain of events is the backbone of the Belmont and Dracula blood-feud.

"That is something we wanted to portray in Mirror of Fate, how the blood feud came about," he said. "And I think this constant drive for revenge often leads to bloodshed and unhappiness. I think Dracula realizes that in Lords of Shadow 2 and he begins to question what he is doing." 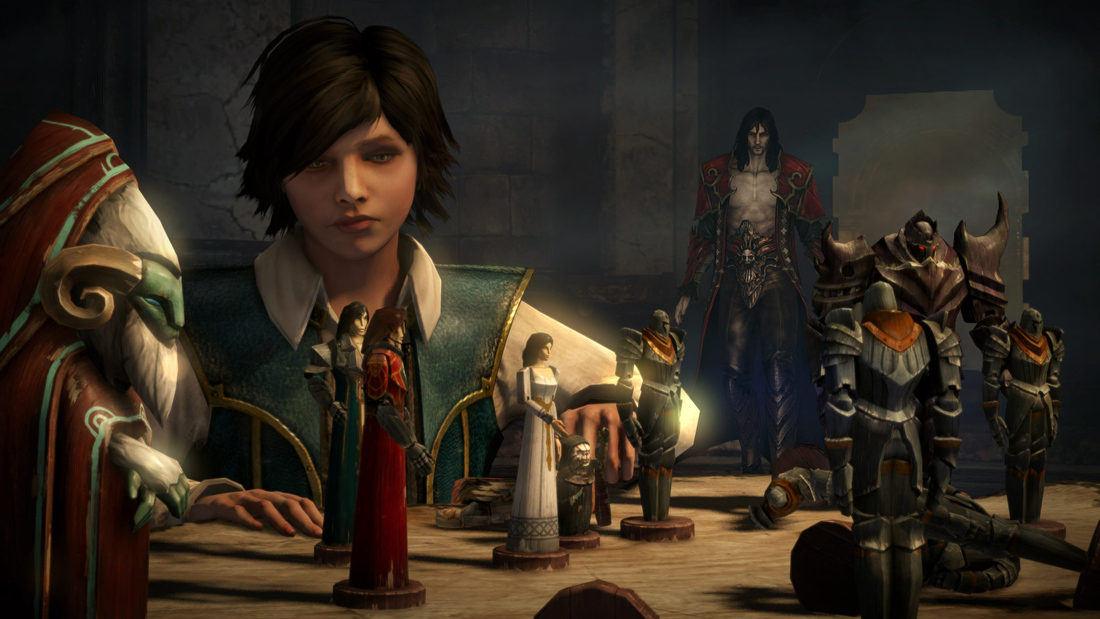 The questioning of his actions are further driven by the spirits of his son and wife who try to show him the way to redemption, but even that is put under strain by the castle and the blood that courses through it.

In the hands-on demo, we got to experience both Dracula's castle and the gothic modern-day city that grew around it. The environment will progressively open up to players as they advance through the story, offering new settings to explore. Environmental navigation when doing a story segment includes 3D platforming stealth gameplay, using tools such as distraction with a swarm of bats or possession abilities. Often times these segments required well-timed precision.

Where the city is a gritty metropolis filled with a dreary population, the castle features a gothic dreamscape populated by hostile entities desperate to retain its master. The conflict between the forces of good of his family and evil of the castle results in a tug-of-war, which also rages on in the anti-hero's mind.

Dracula's internal struggle constantly keeps player questioning if he is on the road to redemption, on a quest for ultimate death, or on a warpath to rule the world. That question will keep players guessing, Cox says, until the end of the game.

And even as Dracula acts out questionable things, he justifies his actions, Cox said. He does not necessarily view what is doing as being evil because he feels that he has been wronged and that he is doing them for the right reasons.

"Often evil people don't realize or feel like that they are doing evil things, I'm sure Adolf — I'm going to get shot here — but Adolf Hitler, he was doing things that he thought was right even though he was a twisted sick mind," Cox said. "He thought what they were doing was right, he didn't think ‘Wow, what we're doing is really evil, I'm doing evil things' he thought ‘You know, I'm doing these things for a specific reason and I think I'm right.'

"So I think Dracula, in many ways, is that kind of character who does these evil things that he thinks is right but we, as the viewer, can look on and make our own judgments about what he is doing," he added. 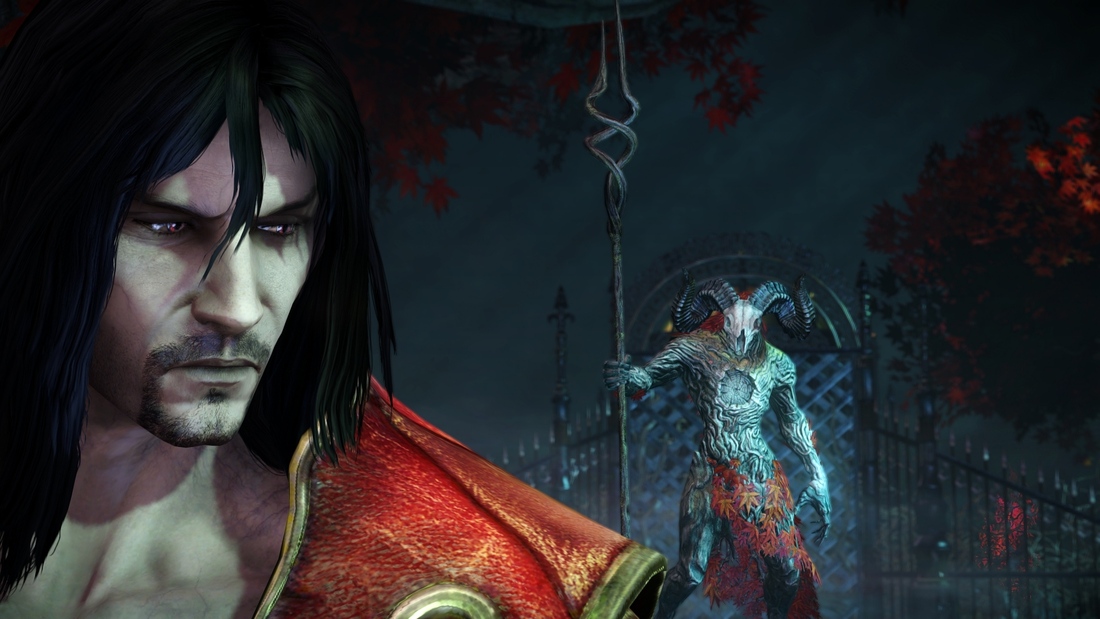 Certain actions of Dracula's will may also repel or shock the player. For instance, the demo featured a scene where Dracula murders a family and is depicted feeding on the mother. This scene created a discussion among the community about its perceived hostile sexual undertones.

"Of course it was meant to be controversial, the player questions ‘Hang on a minute, I thought I was playing the good guy,' that was the point of the scene," he said. "It wasn't a sexually motivated scene, it was a vampire and feeding on a family, essentially. So there is no sexuality associated with it at all. I think when people see the scene, they'll concur that it is a shocking scene nonetheless. And it was meant to be shocking, it was meant to be uncomfortable — and there are other scenes in the game like that."

The director added that while the story will feature controversial segments, the characters from Dracula's past will help humanize his character and portray that he still may have some compassion existing inside of him.

"You see him murdering a family or see him killing lots of soldiers with his whip and, at the same time, you have these tender moments between father and son, between wife and husband," Cox said. "And I think that is what we wanted to achieve, was have a character like Tony Soprano that you think ‘Wow this guy is a nasty piece of work' but at the end of the 20-hour adventure people are going to be rooting for him."

Humanizing Dracula also serves to alleviate the monotony of constant violence, Cox adds, as often times all video game anti-heroes do is "rage and shout and kill lots of people," which can become tiresome the player after a few hours. 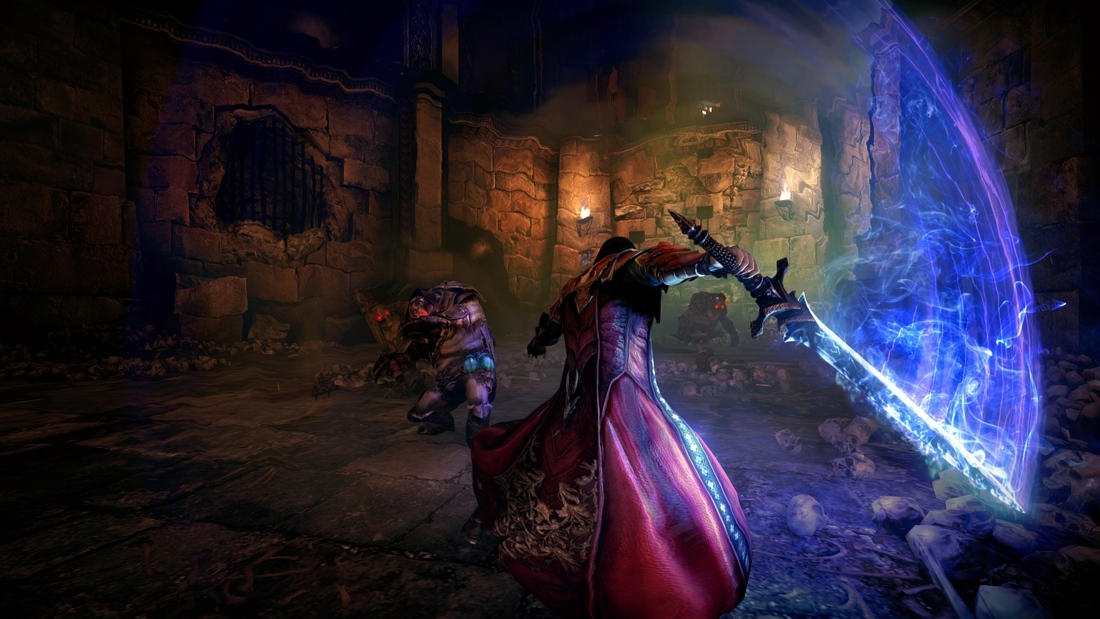 During our hands on time with the game, combat ranged from fights with multiple minions to a miniboss. Battles took place within fixed environments as well as colossal moving set pieces. Dracula's Void Sword, which replenishes his health with each hit, makes a return in Lords of Shadow 2 after its first appearance in Mirror of Fate. Combing it with different stones awards various abilities and can draw energy for ranged attacks. Dracula's Chaos Claws allow the anti-hero to smash through enemies' armor and shields, opening opponents up to normal attacks with his other weapons.

Using the sword in combination with the flamed gauntlets was fantastically effective when up against both hellspawn minions and the Arch-Angel-like minor boss. This miniboss, bent on his holy crusade against Dracula, was unceremoniously obliterated by the anti-hero at the fight's conclusion.

Lords of Shadow 2 is MercurySteam's last Castlevania title before the team hands off the series to another studio. Cox explains that the studio wants to address some of the issues that were present in the previous game.

"We were very nervous when we made the first game but I think the success of it gave us a little bit of freedom, a little bit of confidence to try some new things," he explained, adding that the latest installment features new additions not seen in the previous title. "And I think that it makes it a stronger game in many ways. I think the taking off the shackles, the confidence that the team has now really shows through in the game."

Cox believes the latest iteration delivers a satisfying conclusion to the story and achieves what the studio set out to do with series: to create a believable story of how Gabriel Belmont became Dracula and his descent into darkness, while offering facets that players can sympathize with.

"Our goal in the game is to really portray a character that is moving away from the sort of ghostly depiction that you see in older Castlevania games," he said, "and to create a believable character that players can identify with and, at times, be repelled by too. I think at times it is a fine line that we tread when we try to create an evil character who players can root for."