Timing is everything. Someone should have told the creators of Earth Defense Force 2025, the latest in a series of games about man's cataclysmic battle with giant space creatures.

Earth Defense Force 2017, its predecessor, appeared seven years ago on Xbox 360, a console that had yet to hit critical mass. Last year, EDF experienced deja vu in the form of a polished update of 2017 available exclusively on the PlayStation Vita. Now we're here at the beginning of the a new generation of video game hardware and it seems, yet again, Earth Defense Force is set to walk on the stage of an empty house. I sincerely hope that's not the case, because boy does it put on one hell of a show.

Earth Defense Force 2025, now available on the PlayStation 3 and Xbox 360 — and notably absent on their successors — is more akin to a reimagining than sequel. Even in contrast with the iterative culture of video games, the improvements to 2025 feel like catch-me-ups, grafting the back-of-the-box bullet points expected of a modern shooter onto a series half a decade behind the times.

Where Earth Defense Force 2017 had local multiplayer, 2025 has local and online. 2017 had one playable character; 2025 has four character classes. The more, more, more design direction is crass and obvious and just so happens to align perfectly, like some freak cosmic event, with a franchise about blowing the shit out of everything in sight. Decadence, meet decadence. 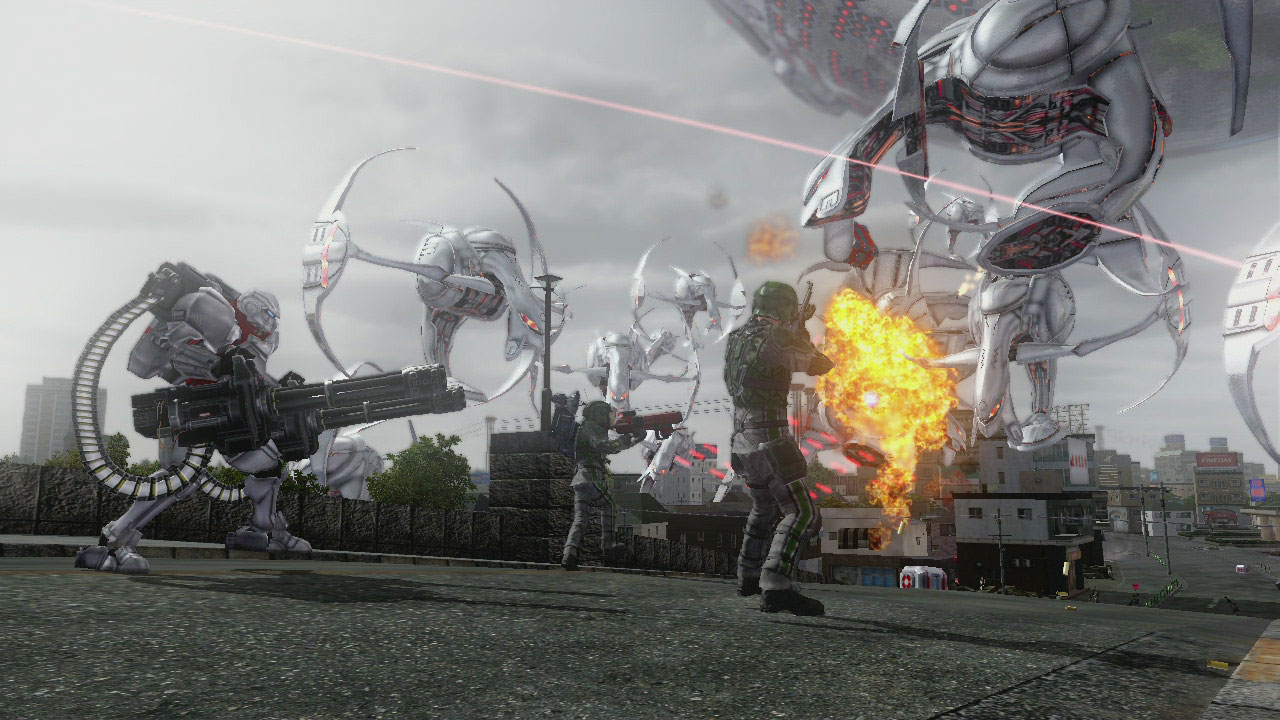 Of the new classes, the Air Raider and Fencer add some creative layers to playing cooperatively with friends. The Air Raider is a support class that mostly deploys bizarre and limited weapons, calling in rocket-festooned vehicles, which are still one of the series's less pleasurable components. Tanks, mechs and choppers are all here, but they're just not that easy or fun to pilot. Not when you're already a human war machine. The Fencer is a heavily armored class that struggles to navigate the giant maps, but can carry four weapons, which makes it a boon for the sort of people who have the patience to build a LEGO house but also want to smash it with a hammer.

But the third class, the Wing Diver, is a legitimate improvement on the standard soldier of the original game. We first saw the Wing Diver in the PS Vita port of 2017, but this is the first time that the ability to fly has served the overall game. Originally, buildings existed in Earth Defense Force as oversized cover and cannon fodder. But with the Wing Diver the cityscape serve the tactical purpose of distancing the player from the flood of beasts.

Here you are, standing atop a skyscraper, blasting ants. At first, they're a blip on the horizon. They cross a distant river; barrel down the avenue; scamper up the walls of your 27-story condominium; and pour onto the roof, overtaking the entire structure. You abandon the tower, floating to the road below, and then you detonate the bottom floor, raining down dust and concrete and dead giant bugs.

EDF 2025 is the series achieving its potential.

Even the plot has improved. 2025 has been lovingly translated. The voice acting lands with the first-take pop of a good B-movie, thanks in part to its script, which is trapped in an admiring orbit of the Paul Verhoeven canon. I'm not being glib; the writing is whip smart. Dialogue rarely stumbles into the storytelling gutter of saying what's happening on screen — surely tempting, considering how preposterous each mission is. Rather, a set of commanders illuminate the player about activity transpiring elsewhere — while squashing dozens of giant bugs in a mid-sized metropolis, you might hear about a failing effort by the EDF to impede titanic space ships from converging over Tokyo — instilling the missions with perspective and scope.

Earth Defense Force 2025 is constantly and subtly constructing expositional scaffolding for later missions, reinforcing the structure with diegetic shouts of civilians and soldiers. It's brilliant, really, how a handful of bare-bones cityscapes powdered with giant insects take on meaning as the game progresses thanks to comically and intentionally overwritten battle reports and the exclamations of passers-by. It's pulp with purpose.

Though repetitive and protracted and bookended by glitches and shoddy load screens, EDF still conjures some of the most enjoyable action on any console. The game is a true sandbox, with dozens of collectible weapons revealing themselves with each mission. My love for EDF might cloud my mind, but some games are so interesting, so weird, so purposefully off that their beauty is in their flaws.

Take for example the comically inadequate weapons that unlock early in the Earth Defense Force 2025, weapons that are preposterously powerful but only shoot a couple feet or maybe they detonate in a blast radius that will kill a hundred bugs — and you, too. They're miserable weapons, and yet they tease out the potential of better, improved options, they motivate further play, encouraging experimentation and improvisation. There's a thrill in setting personal restraints, using weapons designed to stink. Sometimes you'll be surprised to discover a close-range weapon in the hands of the flying Wing Diver works smashingly against aircraft. Suddenly, a stage that felt dull on foot, becomes a breathless aerial battle, one person fighting through a cloud of alien ships.

In hindsight, Earth Defense Force — both then and now — achieves everything AAA action games aspired to last generation: colossal enemies, countless overpowered weapons, elongated open worlds subject to absolute destruction. Even throw-away missions see the eradication of hundreds of insects the size of a city bus. And yet, success, at least in the West, has eluded the series' mandibles. That's partly because it doesn't have the ability to arrive on time, that it's too early or too late, but there's another reason EDF isn't on the lips of every lover of spectacular video games: Earth Defense Force looks like bargain bin junk. The series appeared out-of-date seven years ago. Today, it flirts with being ironically unpolished. 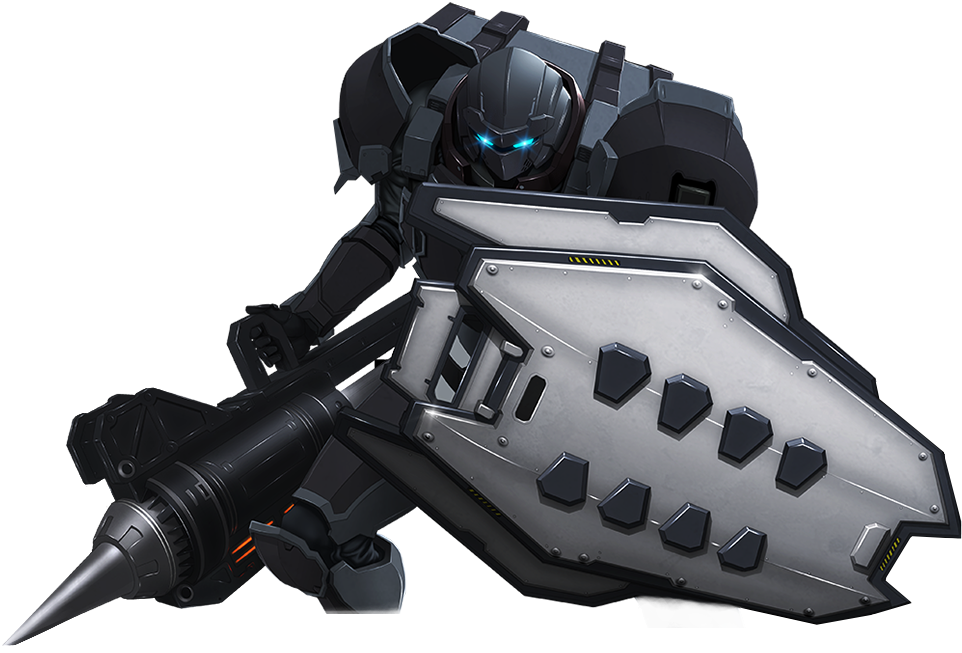 There was another title in the series that I didn't mention earlier, Earth Defense Force: Insect Armageddon. Made by an American developer, it felt decidedly more AAA; it had improved graphics and added some of the features seen in 2025. But it lacked a soul. It wasn't weird or fun. It was off, but not in the right way. Earth Defense Force 2025 attempts to merge 2017 and Insect Armageddon. To be weird but sellable, spectacular but safe.

But it can't do that. It fails miserably. Weirdness wins. And I suspect the game and the series are doomed to be a beloved favorite of only a select few who feel as though it was made just for them. Honestly, I couldn't be happier. If I'm the only one in the audience, then I'm prepared to clap my heart out.