Machinegames' take on the Wolfenstein franchise is coming to consoles and PC on May 20, Bethesda Softworks announced today, and beta access to the long-in-development new Doom from id Software is being offered as incentive for pre-ordering the game.

According to a release from Bethesda, everyone who pre-orders the game will be invited to access the Doom beta with their copy of Wolfenstein: The New Order. More details on the Doom beta pre-order incentive are promised at the official Wolfenstein website.

When contacted for information about the new Doom, Bethesda declined to provide additional comment or platform details, but confirmed that it's the next Doom title currently being worked on by id Software. A release date for Doom and its beta was not provided.

Doom 4 was first hinted at by former id Software technical director and engine programmer John Carmack in 2007 at Quakecon. The game was announced as officially in development the following year, but underwent an overhaul in 2011 after it "did not exhibit the quality and excitement that id and Bethesda intend to deliver and that Doom fans worldwide expect." 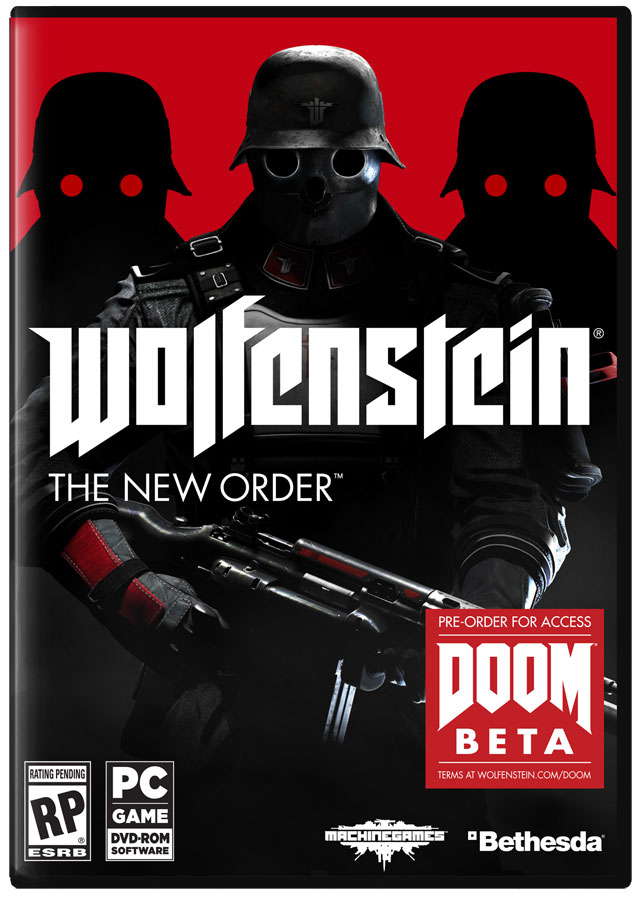 Wolfenstein: The New Order is planned for release on PlayStation 3, PlayStation 4, Windows PC, Xbox 360 and Xbox One. The game will be available on May 20 in North America and throughout Europe on May 23.

Update: No firm date or platform has yet been set for the Doom beta and there's no word yet if there will be an open beta, according to the FAQ on the official Wolfenstein website.

Once players receive their boxed copy of Wolfenstein: The New Order, they will be able to sign up for the beta following instructions printed on an insert in the game, according to the site. Further details about when the beta will go live, what it will include and what platforms it will be on will be emailed at a later date.