Avoid stereotypes in gaming sexuality by writing a person first

Share All sharing options for: Avoid stereotypes in gaming sexuality by writing a person first

I used to be a queer film critic. I thought stereotypes were kind of funny when I started out — provided the jokes were being made by a member of the community.

I watched a parade of dumb caricatures across dozens of movies. There were exaggerated butch women in flannel, limp wristed "fabulous" guys, bi women who were "traitors" for having sex with men and drag queens so over-the-top they were somewhere in orbit around Mars.

I giggled gamely, at first, thinking that this was all sort of a communal in-joke, and we could all laugh at ourselves a little bit. The truth slowly dawned on me — this shit isn't actually funny, it's lazy. It can be harmful in that it widens the cracks that exist in the community, between subgroups of people — between cisgender and transgender people, men and women, people of color, and so on.

That same logic applies to video games, as in any form of entertainment. And since mainstream games are just starting to represent queer characters in any meaningful, explicit way, it's useful to take a look at what's out there, and where these games succeed and fail.

Warning! A few vaguely-worded spoilers for Gone Home and The Last of Us' recent DLC chapter — Left Behind — are discussed.

I was initially excited when I heard about Ultimate Gay Fighter. A '90s-style fighting game with "colorful" characters based on gay stereotypes and spearheaded by a queer developer, the project is fertile ground for real commentary. But it doesn't appear to be saying much of anything at all.

Ultimate Gay Fighter trades on a series of tired stereotypes, without commenting on them. Sure, it's being made by a member of the community, but the tone is off-putting to queer women and queer people of color. Instead of laughing together, there's the distinct feeling of being laughed at, and that's a sad, ugly thing. 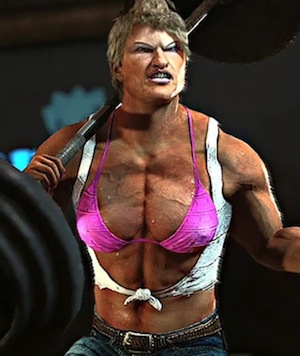 Where Ultimate Gay Fighter stumbles, last year's Dead Rising 3 falls completely on its face in this regard with two of its "psycho" boss characters. One, a dude in fetish gear wielding a crazy penis weapon, taunted and humped your (male) player character.

He was a gross distortion of the gay panic defense, but almost tame compared to "Jherii" a possibly-transgender woman bodybuilder that spoke with an effeminate male voice and wore daisy dukes. There were a number of stereotypes at play here — a queer woman who presents in a masculine way and the very existence woman bodybuilder was being played for laughs.

Your character constantly misgenders her by calling her "sir" — which is played as a hilarious joke — and to defeat her, you need to beat her senseless with free weights. I felt like I was committing a hate crime the whole time I played the encounter.

This fight managed to somehow be ridiculously sexist, misogynist, homophobic and transphobic at the same time, which is surely deserving of some kind of medal.

There's value in stereotypes when they're used to comment on an issue or to poke fun at the status quo, but there has to be some level of awareness for that commentary to be successful. There's little worth to simply pointing out that you find men of color in drag funny; holding up traditionally victimized groups as objects of derision is harmful, no matter who does it. It's even worse when these traits are used in-game to justify violence.

Create a person, not a manifestation of sexuality

Developers have proven that you can write awesome LGBT characters in games without relying on damaging stereotypes as a narrative crutch.

Gone Home is the most obvious, and most popular, example. The game's nuanced take on a coming out story is superior to most of the queer cinema that I've seen dealing with the same subject. It was a revelation (and Polygon's game of the year for 2013). It also wasn't all serious — the character in question is actually kind of hilarious, if her school tests and short stories are any indication. She was a person, and her sexuality was only one part of what made her interesting. 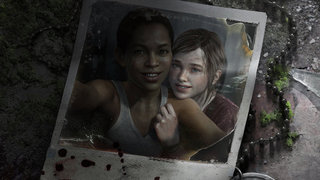 Last year's The Last of Us presented a gay man — Bill — whose sexuality was nothing more than a footnote. Many people who played the game didn't even catch his relationship with another man. The game's recent Left Behind DLC continues that trend, presenting a complex, interesting, non-straight character with dignity and even subtlety.

This could have easily been a big, splashy reveal, played for shock value. Instead, the story it tells simply gives us more detail about a beloved character. Naughty Dog seems to have hit on an important strategy in writing queer characters in their games: They write a person first, and use their sexuality as one aspect of who they are. I only wish that more studios would (or could) follow that lead.

The importance of representation

Why does it matter that a character is LGBT at all if it has no huge impact on the game?

Every poorly drawn character is a wasted opportunity

There is erasure of identity without diversity and representation. Queer people are a minority of the population. This is OK! But it does mean that we have to demand better representation in media, as the images people are exposed to have a tremendous impact on their opinions and treatment of queer individuals in real life. This is why people get mad over tired stereotypes in LGBT characters in games: There are so few queer representations in pop culture that every poorly drawn character is a wasted opportunity.

We can all laugh at stereotypes sometimes — but it helps if you're laughing with us, not at us. The use of stereotypes should say something larger about society and their role in it. Every character that is boiled down to a few broad traits is harmful to a story, but queer characters that are played for laughs due to their sexuality harm people.

We all deserve better, and the best way to get that is to demand that LGBT characters in games be people first, and their sexuality second.