What Irrational Games' closure means for the industry (update)

Share All sharing options for: What Irrational Games' closure means for the industry (update)

When Irrational Games co-founder Ken Levine announced this week the "winding down" of the studio, members of the games community bemoaned the state of AAA game development. It seemed like a blow to publisher 2K Games and its parent company Take-Two Interactive to lose a studio that was responsible for the critically-acclaimed BioShock series.

This perceived blow was compounded by the fact that only weeks earlier, the company lost a studio lead to Microsoft. Rod Fergusson was brought over to Irrational Games in 2012 to help ship BioShock Infinite, before joining 2K Games in 2013 to lead a new studio on an unannounced project. In January of this year, less than five months into his appointment, Fergusson announced his departure.

While these events may look bad for Take-Two and 2K, analysts and industry professionals Polygon spoke to said the implications may not be that great at all.

"[Irrational's closure has] no implications on the industry at all."

"Developer houses like Irrational build their games in partnership or by themselves, and for them, they almost live from game to game," said Frank Lee, director of the Entrepreneurial Game Studio at Drexel University. "So they'll make a game, and if they don't make enough money, then they usually close. That's how typical game companies work.

"Irrational is certainly on a different level given the IP it's generated and the critical acclaim it's received, but if you just look at the industry as a whole, developer studios will often close for whatever reason. The game industry is very dynamic, so I don't think of it as too big a piece of news."

Levine did not respond to requests seeking comment for this article. Taking his statements on face value, Lee said there doesn't seem to be any one profound reason behind the studio's closure beyond Levine's interest in working on something smaller. But there are possible reasons as to why Take-Two would think it wise to let the studio downsize.

The company relies on "hit" titles, as evidenced by its quarterly earning reports. In detailing the risks related to its business, Take-Two explicitly stated in its report for the fiscal year ending March 31, 2013: "We are dependent on the future success of our Grand Theft Auto products and we must continue to publish 'hit' titles or sequels to such 'hit' titles in order to compete successfully in our industry.

"Grand Theft Auto and certain of our other titles are 'hit' products and have historically accounted for a substantial portion of our revenue."

When BioShock is mentioned in the earning reports, it is either discussed in relation to its critical acclaim, or grouped with other 2K titles like Sid Meier's Civilization 5, XCOM: Enemy Unknown or 2K's range of sports titles.

Lee believes that while a game like BioShock Infinite is highly regarded from a creative and artistic standpoint, it isn't regarded as a "hit" in the same way as billion dollar-earning franchises like Grand Theft Auto and Call of Duty.

"Irrational has made one game in the last five years, so it's hardly a cause for concern that they are trying to increase the frequency of their output," said Wedbush Securities analyst Michael Pachter. "[Levine's studio] will shift its focus to smaller games, so it might mean no more AAA titles like BioShock. [Irrational's closure has] no implications on the industry at all."

As of October 2012, Irrational Games had approximately 200 employees. The number has fluctuated and, while it is not known how many people were employed at the time of Levine's announcement, this would have translated into a high expense for Take-Two and 2K for a game that made significantly less than Grand Theft Auto 5. The chairperson of the IGDA Board of Directors Dustin Clingman believes that those involved in making the decision to close the studio may have decided to preserve the profits they'd already made "and radically cut costs at the unfortunate expense of the developers whom they previously employed." On the day Levine announced Irrational's downsizing, Take-Two's stock rose by almost seven percent. 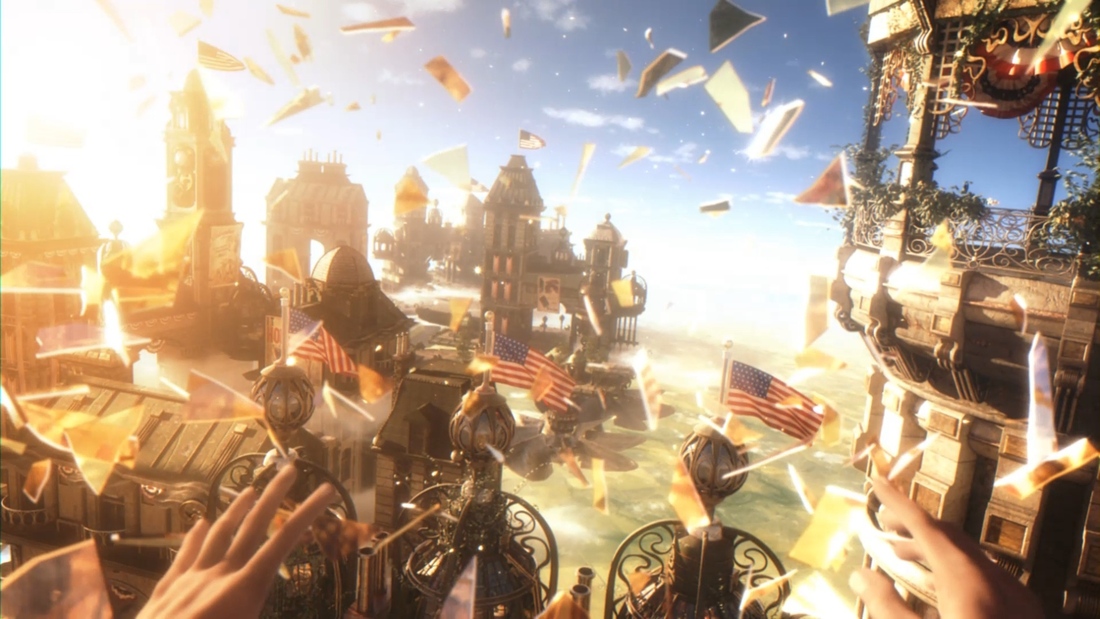 THE FUTURE OF IRRATIONAL

When reached for comment, a 2K Games spokesperson referred us back to Levine's blog post on the Irrational Games website. When asked about the future of the BioShock series, we were given the following statement:

"BioShock is one of our most beloved and critically acclaimed franchises, and we are indebted to Ken and the talented team at Irrational Games for their contributions to the series with BioShock and BioShock Infinite; the latter being one of the most decorated games of 2013.

"The BioShock universe remains a rich creative canvas for many untold stories, and we look forward to exploring the next BioShock experience."

"When iconic studios like Irrational, LucasArts or Atari fade away, it's like a kick in the gut..."

Lee speculates that 2K could potentially do something smaller and cheaper with the IP, like serialize it, create another sequel using fewer resources than Irrational did, or even doing something with mobile. 2K has not announced its plans for the franchise.

Levine said in his announcement that he will now work with a smaller team of approximately 15 people to work on "narrative-driven games for the core gamer that are highly replayable." He has previously detailed a project he refers to as "narrative LEGO."

On the surface, the closure of Irrational Games may not have a significant impact on the business side of the games industry — Take-Two's quarterly earnings this month showed strong growth, prompting it to improve the company's outlook for 2014 — but it may have a cultural impact.

Aside from the impact the job cuts have on the individuals and families of those affected, Clingman believes it also affects the wider game development community.

"Game developers are raised on the games of their industry predecessors," he said. "When iconic studios like Irrational, LucasArts or Atari fade away, it's like a kick in the gut, first for the friends and families displaced, but also out of respect for the innovation and excellence that such studios become renown for.

"While it sounds like Irrational's AAA days may be behind it, I'm hopeful that the studio will find a position way forward creatively and in tribute to the great minds who have given us such great work."

Irrational Games co-founder Jon Chey, who left the company in 2008 and has since started his own independent studio, Blue Manchu, echoed Clingman's sentiments and said while he is sad to see Irrational come to an end, he is excited to see what everyone will do next.

"When Looking Glass (where Ken [Levine], Rob [Fermier] and I all used to work) closed down, the people who worked there — us included — ended up pollinating the larger industry and made a lot of cool things happen," he said. "I expect the same to happen here."

"I suspect many of them will end up simply re-positioning within Take-Two, but we're trying to ensure they get an abundance of choice," he said.

Levine told Polygon the company is holding an external recruitment day to give Irrational Games employees the best chance at finding new positions at other game development studios. "The response has kind of gotten out of hand," he said, with approximately 50 studios and publishers and 112 recruiters signed up to participate.