What did the Titanfall beta achieve?

Share All sharing options for: What did the Titanfall beta achieve?

Titanfall's short beta last weekend and earlier this week was a major collective event in gaming, an opportunity for two million fans to finally get their hands on one of the most anticipated titles of the new console generation.

Few came away from the experience without some solid opinions on the future direction of military shooters, a hyper-popular genre that is, nonetheless, badly in need of some new ideas.

For developer Respawn, the beta was a crucial step in the company's plans to roll out its first game in mid-March, without any of the disastrous issues that have bedevilled so many online gaming launches. Titanfall is being published by Electronic Arts, which badly fluffed the launches of SimCity and Battlefield 4 in the last year.

Other goals included testing suspicions about gameplay mechanics, whether certain weapons or locations worked as well as hoped. And, finally, it was a vast marketing exercise, an old-fashioned demo giveaway, with the added bonus of lots of people playing, and sharing their experiences, at the same time. 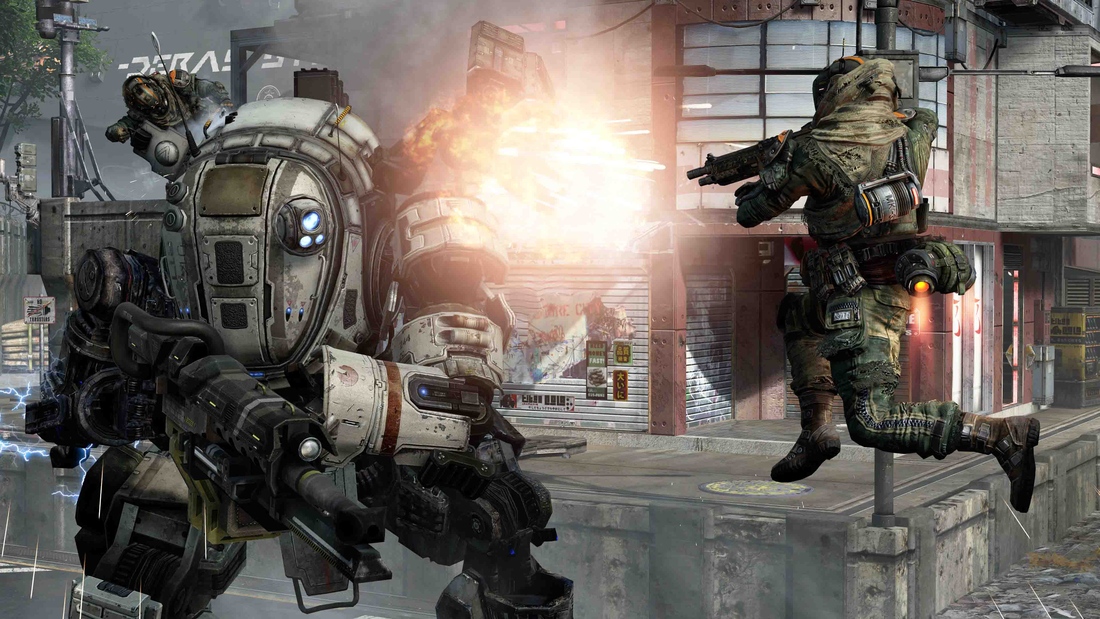 Microsoft is hosting the game's servers for the launch on both Xbox and Windows PC versions. "The most important thing for us on launch day is making sure that Microsoft's Xbox Live compute platform can scale up as high as we need it to," said Jon 'Slothy' Shiring, the engineer in charge of Titanfall's smooth launch. "We had the alpha, but that was fairly small. Alpha proved that the tech works. Beta, the thing we wanted to test was what happens when you scale it really high, see what breaks and then fix that so we don't have to find out on launch day.

In fact, the game did break during the beta, for over seven hours, just as the team was testing large numbers of players at the same time.

"It was sort of a human error thing, while they were trying to scale up for our game," said Shiring. "That caused a series of failures where each one was a separate bug that needed to be found and fixed. So it was really stressful, and I know people were disappointed that it didn't work for seven and a half hours straight, but by the end of it we were ready to scale up much higher. That's what we went in expecting. Let's see what breaks, fix it, and then once we get to the concurrency we're looking for, let's push it as far as it'll go and see what breaks on the high end too.

"People need to understand that when you write a whole bunch of new code, there's bugs in it. We have to find those bugs. That was the goal of the beta. We know it's not going to work right. We don't want to find out on launch day. Let's find out now. We found probably 10 real things that we worked on and fixed. That's 10 things we don't have to find on launch day. We still might find some new things on launch day, but at least those ones are not there anymore."

The beta wasn't just about testing the technology in readiness for launch. It was also about watching the players; seeking out weaknesses in the game design that might be exploited, to the detriment of the overall experience.

"We're still look for tweaks to certain weapons or other things," said community manager Abbie Heppe. "The designers spent a lot of time watching videos and streams of people playing to try and look and see how they were abusing things or not understanding things." Heppe said that "we had around two million unique users playing during the beta."

She added that core fundamentals of the game would not be altered in the aftermath of the beta. "As far as large scale changes, like ''let's just get rid of the AI,' those aren't things that we're going to be doing. They're an integral part of what Titanfall is, what makes this game."

At this point in the project, very little player behavior surprises the designers. "We went into this knowing, here are potential things that might be broken," said Shiring. "A lot of it is to look and see what people are doing and complaining about, to see which of those hunches were right.

Playing a game is the best way to judge its merits, and there was no shortage of people logging on to try out Titanfall, especially when the beta fully opened up. This generated a massive outpourings of opinions; not surprising given how much intense interest is devoted to the minutiae of shooting game design.

For Respawn, a company created by the guys who acrimoniously quit Infinity Ward and Call of Duty, winning over their old audience is all-important. Certainly, media reactions to the game's design innovations have been positive, with praise for the use of the great mechs in the game, as well as the player's ability to move along walls, adding to its feel of being something genuinely new and provocative.

But what about players, particularly those with many years playing Call of Duty under their belts? Polygon grabbed a few opinions.

"With CoD, your custom class setup, map knowledge, and twitch skills are required to play well, and how much fun you have feels proportionate to how well you're playing," said Joseph Romo, a financial analyst from Utah, with an estimated 750 hours playing Call of Duty games. "With Titanfall, I never got that feeling. The game is more about crazy moments happening than any score being earned. Wall-runs, double-jumps, rodeos and titanfalls are a rewarding enough spectacle on their own. Even losing doesn't feel so bad when you're given the chance to make a run for extraction."

"While both games are fast, fair, and exciting, Titanfall feels a little more casual," said Chase Parker, a networking student from Kentucky, with over 700 hours playing Call of Duty games. He said he did not care for the AI Grunt enemies. "Don't get me wrong, it is amazingly fun and is a truly great game, but it lacks the thrill of a Call of Duty killstreak or a quick triple kill. The Grunts will always take something away from Titanfall for me. They don't feel like competition, just distractions."

"The titans give great power to the pilot," said Chris Scott from Pennsylvania. "Being in one makes you feel incredibly large. The fact that everyone gets one, no matter how weak a player is, balances the game out. Nothing is worse than playing a CoD match and getting destroyed by a high level killstreak reward. Now even if you suck, you get to play with the big boy toys." 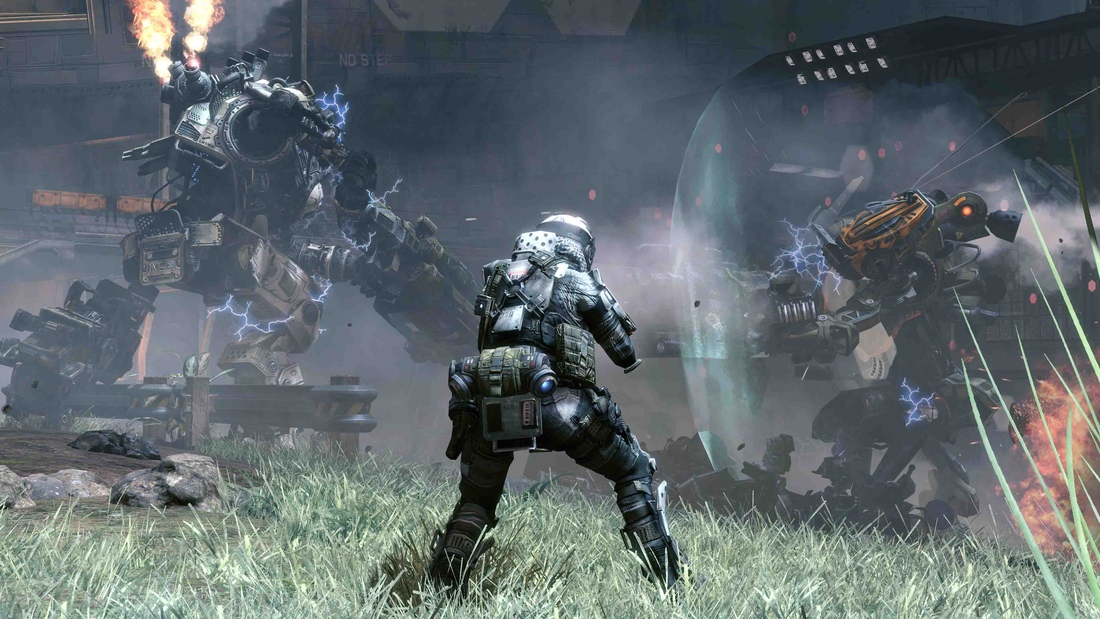 Adam Condra, a schoolteacher from Alabama, has played every Call of Duty game. "My muscle memory between CoD and Titanfall didn't require any changes, but the pace is totally changed by the momentum," he said. " I play CoD by running routes, going around each map on a set path and engaging targets as I see them, but with Titanfall, I found myself sticking to the outer edges of maps, looking for straight routes I could run through from one side to the other. So, I play CoD like a wheel in circular motion, but I played Titanfall like the spokes of a wheel going from one end to the other; the flow of battle revolves around these straight-lanes, making for a multiplayer game that felt like it was revolving around me"

For Abbie Heppe, Jon Shiring and the rest of the Titanfall team, the beta exercise was a crucial step in getting the game ready. But it came with a price. During the beta, there wasn't much time for real life or sleep.

"I was up making decisions constantly," said Shiring. "I might be lying in bed, unable to sleep, at 5AM. I would look at the graph and see that there were already a whole lot of people in Europe playing, and I might as well just get up and head in and start watching the graphs to make sure it's all going well."

"It's really addicting," said Heppe, who was on the social media front line during the exercise, shuttling information between the team and the players. "You almost don't want to sleep, because you want to constantly monitor and know what's going on. My adrenaline levels, while it was going on, were so high that even if I wanted to sleep, I just couldn't."

Heppe said Titanfall "had around 2 million unique users playing during the beta."

So, does the beta guarantee a problem-free launch? "You never want to say that everything is going to be perfect," said Heppe. "Obviously there are things that can change. But you don't want to say, 'oh, no, there will still be problems,' because you don't want to give people a lack of confidence in what you're doing. I think that this beta was really about giving people confidence that not only will we be communicative with them, but we're actively trying to work out any bugs now."