Ukrainian game devs in the thick of violent protests

Share All sharing options for: Ukrainian game devs in the thick of violent protests

In the last week what began as a peaceful protest against Ukraine's president Viktor F. Yanukovich flashed over into a violent revolution. In the past few days Polygon has learned that game developers in western Ukraine have taken an active role, fighting to overtake government buildings, disarm police forces and take part in patrols to maintain order in the power vacuum that followed.

Yanukovich was poised to sign a trade accord, bringing the Ukrainian economy closer to the European Union. But in November he changed course, some believe bending to the will of Russian allies. What started as a peaceful occupation in reaction to that decision grew increasingly violent as police attacked protesters, anti-protest laws were enacted and activists were abducted. Over the weekend, Yanukovich fled Kiev and imprisoned opposition leader Yulia Tymoshenko was freed and flown to Kiev.

A focal point for the protests has been Ukraine's main square, called Independence Square or simply "the Maidan." Throughout December and January, Maksym Hryniv, founder of Mokus Games, spent as much as a month at the Maidan.

"It's not fair when the police have guns and they shoot with real bullets."

Hryniv (pictured in the photo above riding left of the driver while wearing a checkered coat) lives and works in his home town of Lviv in western Ukraine. But he made the 6-hour drive every other week to participate in Kiev's protests. He witnessed first hand the chaos of the mob and the sudden violence of the Berkut, Ukraine's military police. Because of these many trips progress on his newest game slowed. But he says the future of his country is more important than the release date for his game.

At the end of January, Hryniv says he stopped making the trips to Kiev, fearing that tensions were so high that the protests might lead to deadly violence. On Feb. 20 his fears came true when as many as 100 protestors were shot dead in the streets.

Hryniv and his friends were afraid that the violence would spread to Lviv, and that the order would be given to fire on civilians there as well. He decided to take action.

Around 6 o'clock that night he joined a group of 1,000 citizens that marched on Lviv's main police station. There a revolutionary group that called themselves "Right Sector" lead the citizens in an assault. Together they smashed in the windows, broke down the doors and disarmed the police force inside. 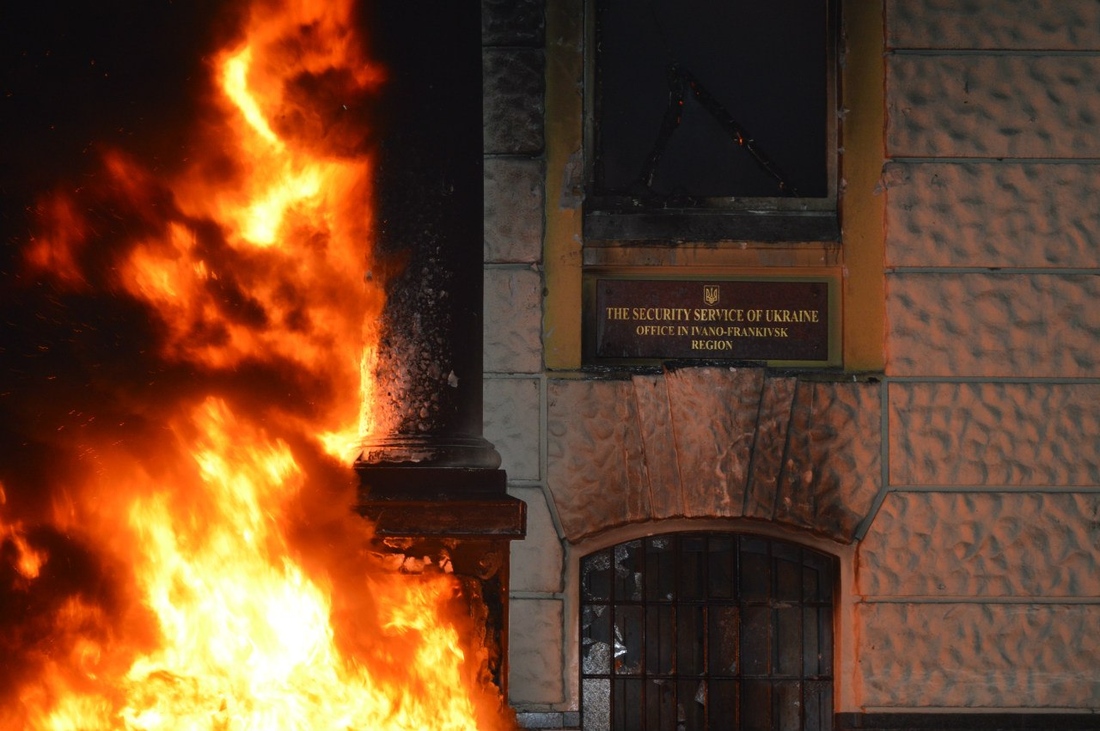 Hryniv helped as the armory was forced open and watched as the guns were taken by the Right Sector. A similar scene played out as the group marched on a second police station downtown, as well as the office of a government prosecutor.

"We had to transfer those guns to Kiev to give people the [chance] to defend themselves," says Hryniv says, who claims he is not part of any political organization. He is unapologetic about his role.

"I think we did a great thing," he says. "It's not fair when the police have guns and they shoot with real bullets."

It's unclear if any of the weapons Hryniv helped to send to Kiev were used to fire on police there, many of whom died in the fighting of gunshot wounds inflicted by the protestors.

All over Ukraine's government institutions loyal to Yanukovich are being disbanded or driven forcibly from major cities. South of Lviv, in the western city of Ivano-Frankvisk the small team of developers at Excalibur Games participated in the assault on the main government building and helped to barricade it.

Arteym Luxenburg, one of Excalibur's four developers, provided pictures of the scene as it was the night of Feb. 20. Piles of shipping palettes and old tires formed a layer of defense against what he calls "government bandits." He and other citizens were bracing for a counterattack when he says that the Ukrainian army and the local police came to their aid. 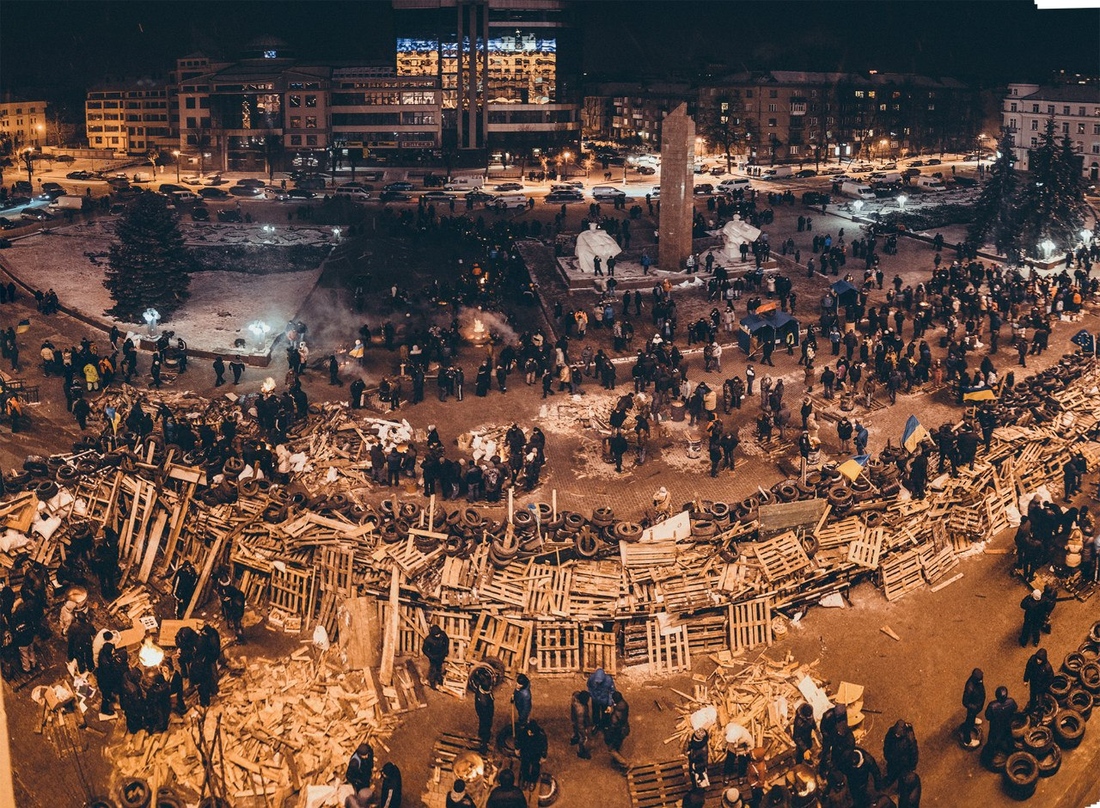 "When Army and the police told us that they will protect people against rotten government and their attack dogs," Luxenburg wrote in an email to Polygon, "we cleaned up and disassembled the barricades. No one could protect us better than the Army."

In Kiev, at the heart of the turmoil, it's hard to make contact with developers involved in the protests. But 4A Games founder Andrew Prokhorov, who has been a high profile part of those protests, told us that all of his employees are safe. The situation is developing and we will provide updates as we make contact with them.

Mokus Games' Hryniv for his part is guarded about the changes that the revolution in Ukraine will mean for the video game industry, and to creatives and business owners throughout the country.

"I really hope that we [finally] eliminate corruption," he says. "It will be a long way. It's just started. We have to change so much that it will be better to ask again in a few years. Maybe nothing will change. We had a lot of events in our country, a lot of political changes. We are a very young country."

"Many people say that we didn't respect our independence because it was for free," Hryniv says, referencing the day in 1990 when Ukraine declared sovereignty from Soviet Union. "This revolution right now it is not free. We had a lot of victims, a lot of blood."

"It has to change everything. Because if it will not ... I don't understand why they just died."