Devtheism: an RPG exercise in tolerance and respect

Share All sharing options for: Devtheism: an RPG exercise in tolerance and respect

"Hey look, it's the terrorist! Watch out guys, he will blow himself up and kill us all!"

This hate-filled allegation is hurled at players less than five minutes into Devtheism, a narrative-driven game from indie developer Mohammad Fahmi.

Both a meta-commentary on development and an allegory for religious persecution, Devtheism follows one young man's search for proof that Developers — essentially gods — exist. It's a bite-sized experience self-described as a game about respecting other people's beliefs. But it's also Fahmi's way of "dealing" with stereotypes he says people love to toss around on the Internet.

"Until several years ago, I almost never used my real name."

"I live in a country where the majority of the people have the same religion as me, so real life is not really a problem," Fahmi told Polygon via email. "The problem usually comes on the Internet. There are a lot of times when I post a comment on any website, and people start replying with terrorist jokes or any religious, offensive jokes just because my name starts with 'Mohammad.'"

"Until several years ago, I almost never used my real name whenever I wanted to interact with other people on the internet," he adds.

Citing Mattie Brice's Mainichi and Will O'Neill's Actual Sunlight, Fahmi explained that he was inspired to tell his own story. The Indonesia-based developer created Devtheism in a span of about six months using RPG Maker VX Ace. It's available as a free download for Windows PC.

"Mainichi and Actual Sunlight taught me that you can tell any kind of story with a program as simple as RPG Maker, and both have proven that they can make an impact to other people," Fahmi said. 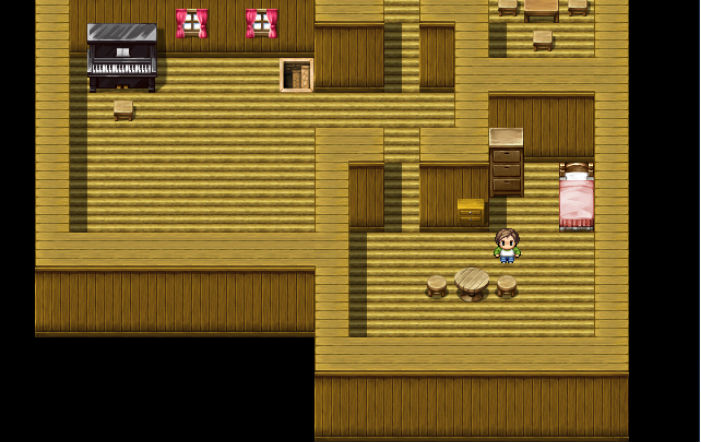 Among people working in the gaming industry, Fahmi sees less of a problem with respecting other people's beliefs. The issue extends, instead, to its audience. However, Fahmi's goal isn't to point fingers. He hopes that by sharing his story, he can make a difference.

"If there are any trolls or haters, [people] that really love to mock other people just because of their beliefs, [and they] play this game," Fahmi said, "I hope they can realize what they consider as a joke can hurt other people — even though from their perspective other people's beliefs might sound stupid or ridiculous."