Share All sharing options for: This game tracks your fear and teaches you how to master it

Nevermind is made up of the stuff of nightmares, literally.

First created as a master's thesis project at USC's Interactive Media Program, Nevermind is a game that virtually drops you into the terrors of a trauma patient and uses the player's real heart rate to tweak the difficulty of the game and hone its ability rattle the player.

Now, developer Erin Reynolds wants to turn Nevermind into a full-fledged game and, perhaps, a tool for healing the traumatized. Earlier this year, Reynolds launched a Kickstarter seeking a quarter of a million dollars to help realize her dream.

With about a week left, and nearly $200,000 to raise, Reynolds remains optimistic about her chances of succeeding.

"I'm really excited that I'm getting to take Nevermind to it's full vision and improving on it from there," Reynolds said. "Kickstarter has been amazing, it's amplified all of the positivity we've seen around Nevermind since 2012.

"I think a lot of people are excited about biofeedback but also the potential for games to give back to the player and sort of humanize trauma and PTSD."

In its current state, players enter into the subconscious minds of trauma victims, walking through the effluence of their nightmares to try and piece together the origin of their trauma. While a heart rate strap isn't required to play the game, using one significantly changes the experience.

There's only one level, one story to unravel in the early version of Nevermind. Entering a female patient's subconscious, players find themselves in a grassy clearing near a tree and a fragmented house. To discover the source of the trauma, players need to explore the area, solving puzzles and looking for photographs which can then be used to recover suppressed memories.

In my hour or so playing the game, the view into this surreal world would sometimes become obfuscated with static, a sign that my heart rate was rising. While exploring some rooms my heart rate dictated how hard it was to find a clue or survive a flood. Later, if my heart rate increased the world would become jarringly distorted and filled with blaring music. 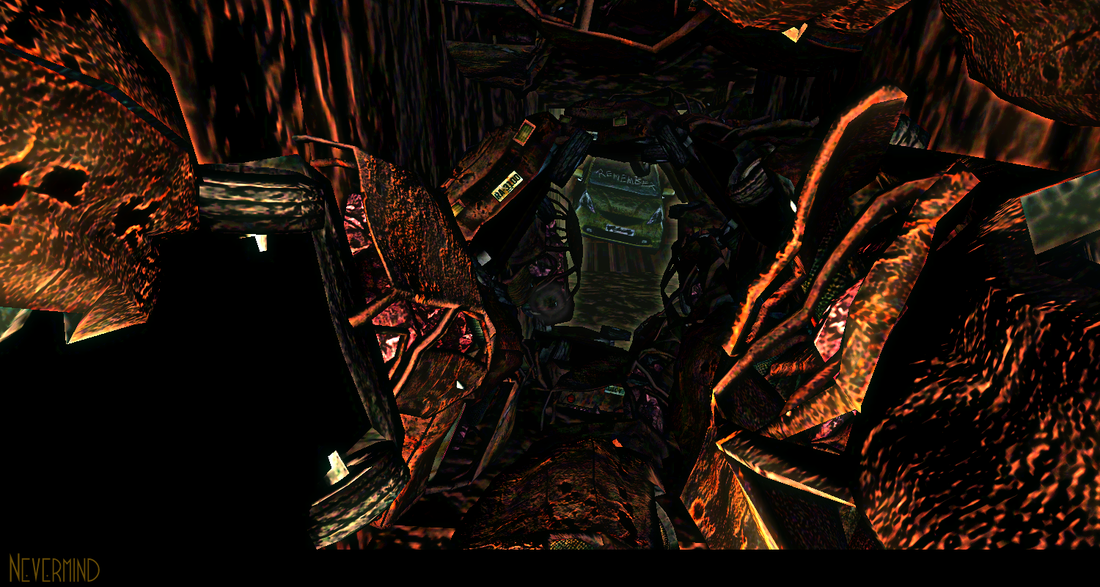 The point of all of this was two fold, Reynold said: To create a biofeedback-enhanced horror adventure game and to train people to recognize and deal with their own stress. And it works. Not only was the game obviously tuned to my emotional state, by the end of the journey I found myself pausing and taking a deep breath to slow my heart rate and more calmly tackle the nightmares that confronted me.

"I think in its current state it's a really great tool for every day people to get a sense of mindfulness," Reynold said, "of being able to connect that tension in the pit of your stomach to stress and a physiological reaction."

If the Kickstarter is successful, the plan is to rework the existing level to make it better and then create at least three more levels, each plunging the player into a different subconsciousness as they hunt through different sorts of trauma.

The current plan is to create the game for PC and Mac, but Reynolds is already looking into the possibility of supporting the virtual reality Oculus Rift headset. She's also been talking to Microsoft about bringing the game to the Xbox One.

While using biofeedback on the PC or Mac would likely still require a heart rate monitor, the Xbox One's Kinect camera has built-in technology that in theory could mean players could just use a controller to play the game. The console's camera can detect slight changes in blood flow in the face and use that to determine the heart rate. Reynolds said that everyone she's spoken to about the tech believes that it would support Nevermind's use of biofeedback.

"We've been talking to Microsoft about that," she said. "We're really excited about the Kinect technology and they're definitely open to the idea." 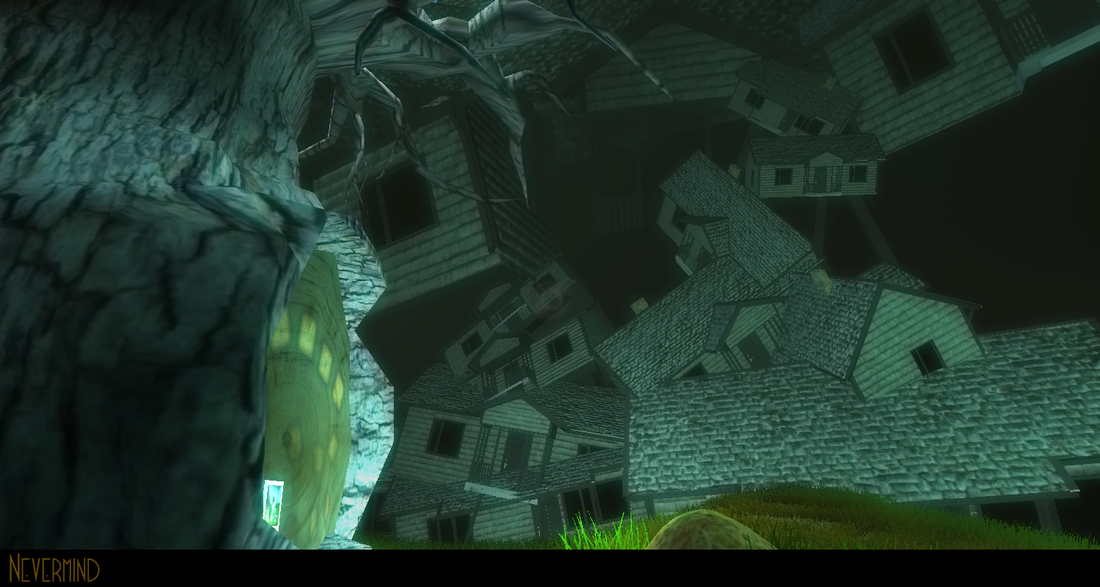 Reynolds, who left her job at Zynga to completely focus on the game, has also been speaking with people in the medical field about creating a version of Nevermind that could be used to treat anxiety stress disorders.

"What we've been talking about is how we can use this to teach people how to manage anxiety on the fly," she said. "We've also looked into using it for stress inoculation therapy for people with stressful jobs like EMTs or soldiers or people who will be facing terrible, stressful situations."

While the game can be played without biofeedback, it's not as effective. But Reynolds doesn't seem worried about asking players to use a heart rate monitor. In general, she says, people are more used to the idea of wearable technology now.

"Everyone has a Fitbit or Nike Fuelband," she said. "Wearable tech is becoming a ubiquitous part of culture, so people are much more open to it, especially when it's technology that makes it easier to be a better you."

And that's what Reynolds hopes to do with her future games as well.

"Games have a huge potential for helping people," she said. "For me, no matter what I work on, in many ways I'll be straddling that line between entertaining and helping people. If no one wants to play a game designed to help them it's not going to do anyone any good."

Halle Berry has a vision for directing the next Catwoman

No one is dying in my Unsighted playthrough, and that’s fine by me