The elements of a better game never come together in Thief

Thief marks a long-awaited return for a series that influenced a generation of stealth titles.

Original developer Looking Glass introduced Thief: The Dark Project in 1998 and followed it with Thief 2: The Metal Age in 2000. Developer Ion Storm brought the series to consoles for the first time with mixed reactions in 2004 with Thief: Deadly Shadows, and since then, the franchise has been dark. Now, new developer Eidos Montreal is bringing the seminal series back after an almost 10-year absence.

Simply called Thief this time around, this new game acknowledges that gap in time, reflecting some of the evolutions in game design that have occurred over almost two console hardware generations. To be clear, main character Garrett still steals just about everything he can reach. But a new obsession with scripted story sequences and stealth action often leaves Thief feeling like the worst of both worlds.

Thief is set in a Dickens-meets-steampunk world of misery, disease and power. You play as the series' returning master burglar, Garrett. As suggested, Garrett is good at stealing things, and at times, Thief tasks you with doing just that. Garrett's a versatile guy. Along with a climbing hook and other tools, he has his own considerable agility, which allows him to leap over chest-high obstacles, cross gaps and generally get where he needs to be. A bizarre accident has also left him with a preternatural power called "focus."

Focus highlights points of interest and also allows Garrett to perform certain actions faster, but he only has a limited amount to use. In a change from other titles with similar mechanics, focus doesn't recharge; Garrett has to consume poppies to refill it, and they're awfully thin on the ground. 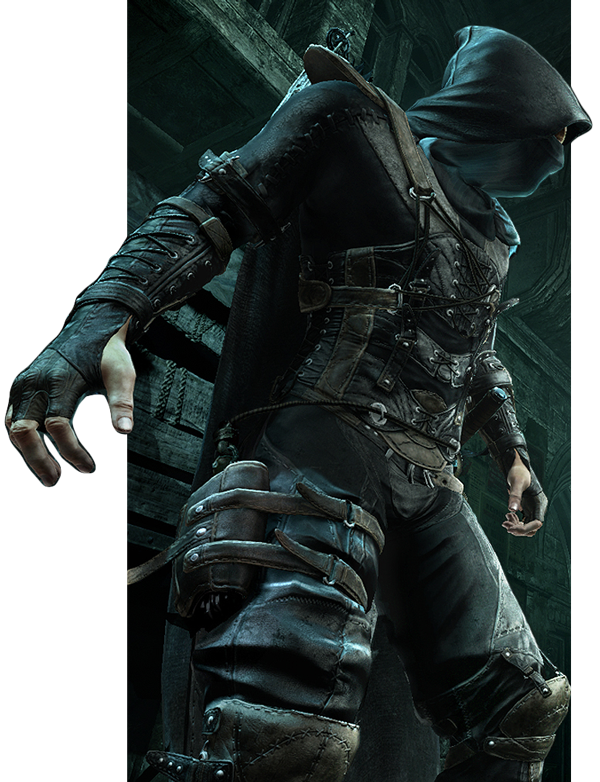 If it can help you steal things, chances are Thief wants to give it to you. This is good, since money is everything in "The City." Thief allows you to upgrade Garrett in a number of ways, from the aforementioned gear to equipment upgrades, special trinkets and tokens that give you bonuses and more. Everything costs gold. Even focus upgrades are offered in exchange for tithes to the Queen of Beggars.

Thief provides a number of options for sticking to shadows because you're going to need them. Eidos Montreal does a great job of teaching you that you absolutely do not want to get caught. Garrett can knock people out from behind well enough, and you might be able to take out a few guards with your bow. But in a stand-up confrontation with more than one guard — and maybe even just one! — you're going to get cut down. Running and hiding is almost always the more advisable option.

This builds a basic and pretty satisfying loop, at least at first: Hide from guards, wait for your shot to get past them, steal anything not nailed down and knock people out only when you need to. This works best in the hub world that connects Thief's different levels and side missions. Divided into different wards and neighborhoods, it's a collection of open spaces that build a sense of the miserable, disease-ridden place that Garrett calls home. It's fun to navigate this space, to learn its nooks and hidden paths, to plunder its secrets and crawl in unattended windows in the search for more gold. 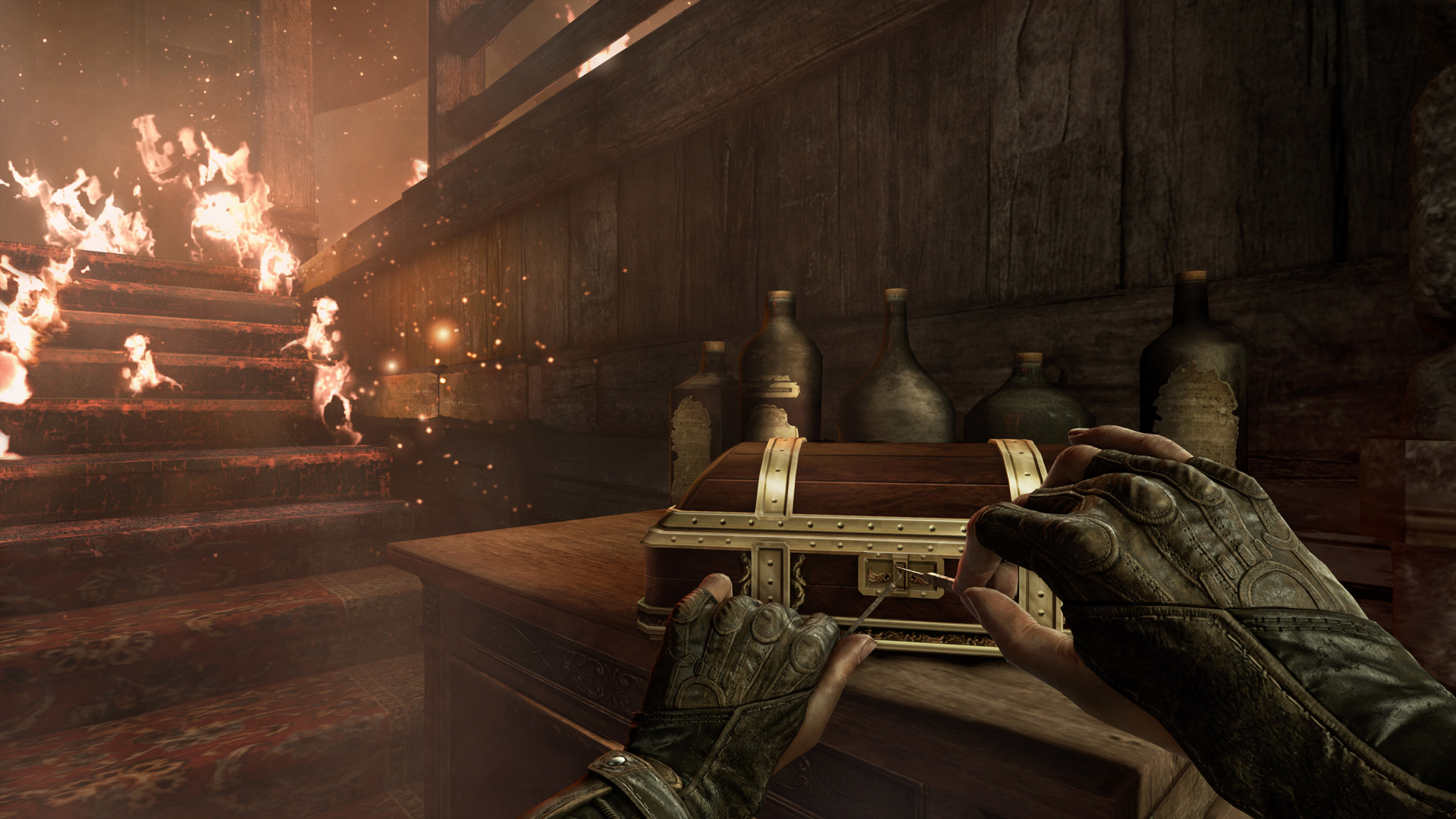 It's in the city that Garrett most feels like the creature he's always been: a compulsive thief in search of the next score, big or small. But, for whatever reason, Thief is much more interested in throwing Garrett into a dark conspiracy involving an ancient artifact that will do ...

It's never really clear what the people using the artifact intend to do with it, other than an omnipresent mostly vague sense of "bad things." The main "bad thing" the artifact is responsible for is a poorly developed plot that shoves Garrett into objectives that don't revolve around stealing as much as possible.

There are occasional, refreshing sections of Thief that sit, open and waiting to be explored — a pair of mansions in particular offer a tantalizing glimpse of what the game might have been, with multiple entry and exit points, secret passages, traps to disarm, and the kinds of activities that seem geared toward the series' strengths.

But these parts set me up for disappointment when Thief slipped the leash back on. More often, the only choice I was making was whether I'd try to go high or low, if I had any choice at all. For a career criminal, Garrett spends quite a bit of time doing busywork for other people that doesn't have much to do with stealing.

The loop that began as a satisfying exercise becomes more and more frayed. In the latter half of the game, when a glimpse of that openness was dangled in front of me once again, Thief snatched it away with murderous AI and controls that didn't feel up to the challenge. The result is a game that doesn't ever fully come together.

Too many enemies, too-small corridors and too-finicky response from Garrett stifle the sense of exploration that Eidos Montreal pays lip service to early on. Gear teases the potential for experimentation and variability in approach, but is depressingly underutilized. Example: Rope arrows can only be fired at a few specific points throughout the game, and other tools often feel superfluous or wasted.

Instead of playing with each level and trying different strategies, I fell into a near-constant cycle of saving and reloading, my progress slowed to a crawl. In that regard, Thief is punishingly old-school. The forgiveness and general combat competency that other stealth games have developed since Deadly Shadows are nowhere to be found here, and there were times where they were both sorely missed. 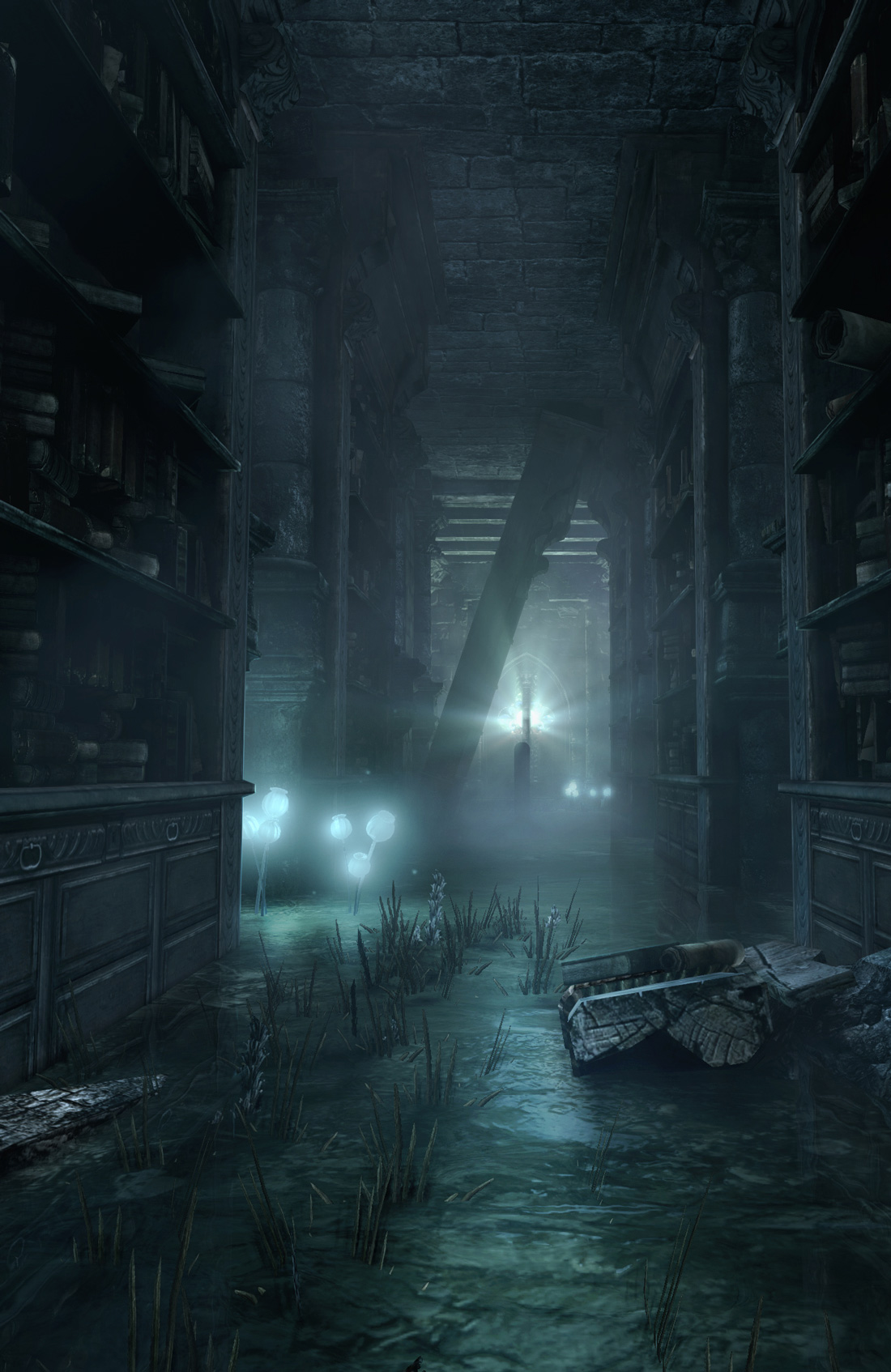 Given Thief's aggressive story focus, it's even more surprising how mismatched and slapped together those elements feel. Cutscenes are often jerky and poorly edited, sometimes seeming to run forward at double speed. In-game audio cues misfire and sometimes overlap and repeat several times. Audio levels are badly mixed; at one point, the ambient cricket noise outside was louder than the cutscene voice-over I was trying to hear. 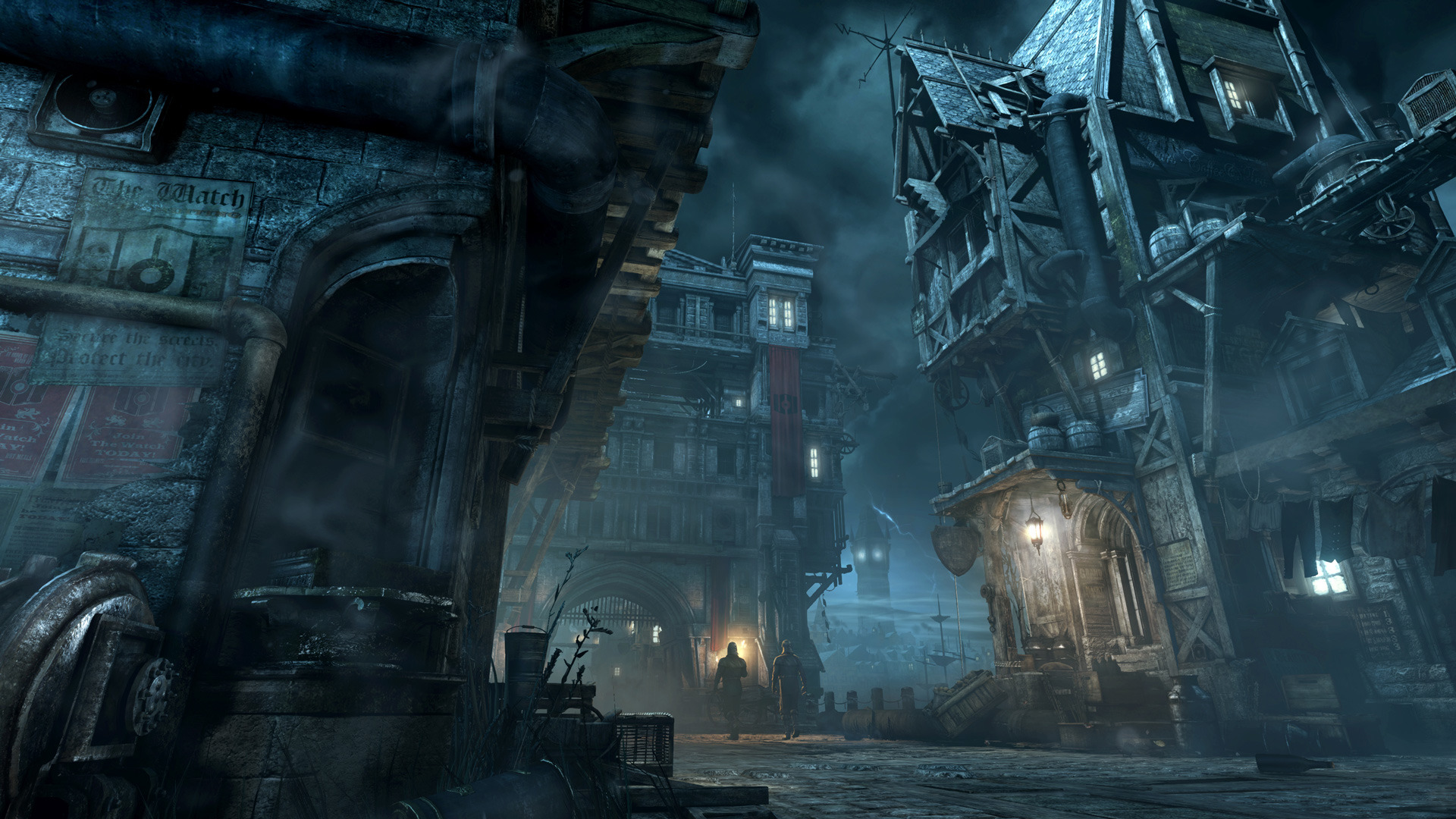 At least that bug was funny. The frequent, significant frame rate issues I encountered on both the PlayStation 4 and Xbox One were less so. They don't make the game unplayable on either platform, but they hurt the overall coherence of presentation that Thief seems to be working so hard to build. When it isn't stuttering, it's an often stunning game.

I'm almost embarrassed to admit that despite the laundry list of problems, I often liked Thief. Despite its barely intelligible plot and weak characterization, the city is infused with a wonderful sense of identity. It's full of mechanical wonders, and I loved exploring them and getting at the secrets inside.

The elements of a better game never come together in Thief

There are elements of a better game in Thief â maybe even a great one. I enjoyed Garrett's adventure when it was about stealing, when it was about getting into a structure creatively and sneaking away, about accumulating and spending loot. But I wanted much more of that breaking and entering than it was willing to give me. Thief never quite pulls it together. Instead, too often, I felt like a mouse in a narrow hallway filled with cats.