How Samus got her groove on for Metroid the musical

Share All sharing options for: How Samus got her groove on for Metroid the musical

Metroid's Samus Aran isn't much for talking, but a fan-made musical has her singing her heart out for a debut more than two years in the making.

"Metroid: Fight For Love" is a collaboration from musician and songwriter Brent "brentalfloss" Black and animator Oscar "Osuka" Diaz. The five-minute video sees the iconic heroine setting off for adventure, but with a heavy heart.

Black, already known within the gaming community for his "With Lyrics" musical parody series, created the original script for "Fight For Love" in 2011. It started at the behest of fans begging for a "Metroid with Lyrics" parody. To Black, the game's universe didn't feel conducive to parody songs.

"Listening to the title theme for Metroid, though, I felt like there was real heart somewhere in there — some vulnerability that isn't explored in the actual gameplay or outward characterization," Black said via email. "And one day I was on tour in 2011 and bummed about not having seen my girlfriend in weeks, and I guess I put myself in the shoes of a bounty hunter missing her significant other." 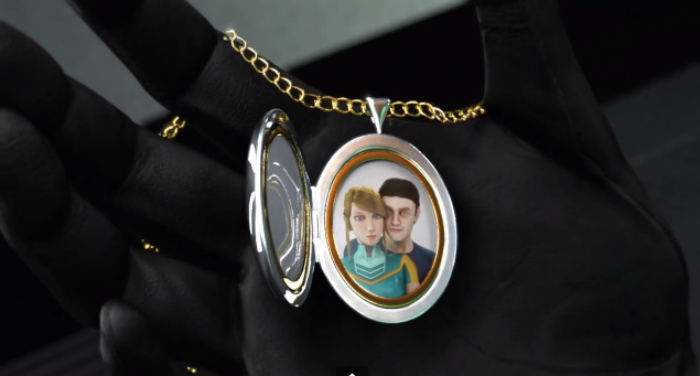 Script complete, Black wasn't sure how to translate it into a visual product. Enter Diaz, who got in touch with Black later that year.

"I [contacted] Brent Black in December 2011, asking if he needed a 3D designer for an album cover," Diaz told Polygon. "And I sent to him my portfolio. He liked my animations and told me that he wanted to do a Metroid [video] for awhile ... I had fun with Super Metroid and Metroid Fusion as a kid, so working on a Metroid-based video with brentalfloss sounded like a fun ride."

"Writing heartfelt stuff is extremely scary for me."

The two began drafting the video and discussing how the visual narrative arc would work. Diaz created an animated storyboard to demonstrate what the video would look like, which Black showed at PAX East 2012. For the next two years, Diaz continued to work on the animations in his spare time. Black, who provided Diaz with the facial motions for Samus and her lover, pulled musical talent Alysha Umphress to voice Samus.

"Metroid: Fight For Love" will be available on Bandcamp and iTunes as part of Black's third album, Flossophy. Although Black can't say if he'll do another Metroid musical, he told Polygon that he'd love to do a follow-up that plays off the choice to give Samus a love interest.

"This song ["Fight For Love"], inspired by highly expressive music and my actual personal loneliness at the time of writing, was written from the heart," Black said. "The main difference for me [from my previous work] is that I don't generally feel vulnerable writing funny material, but writing heartfelt stuff is extremely scary for me."