Playing Warface for a short period is to find pretty much all you would expect of a last-gen first-person shooter.

The dusty streets offer a familiar tableaux, the guns rattle just like all those other rattling guns. Heck, even the enemy goons feel like old pals.

But it has one major advantage, apart from a stupendously ridiculous name, over all those other shooters for Xbox 360; it's "free". Or, at least, it's free if you have Xbox Live Gold membership.

Crytek, a company that has already stated its belief in the free-to-play model, is bringing its shooter out of beta and onto full launch in the spring, following a Windows PC roll-out last year. It's the first F2P FPS to be launched on Xbox 360; an incredible testament to how slow Microsoft has been to embrace a model that has proven incredibly successful on PC over the last few years.

There are four classes in the game, each with their own abilities; sniper, medic, engineer and rifleman. Warface is played either in versus or co-op mode, with the latter the focus of the demonstration, attended by Polygon, yesterday.

After the game launches, a new mission will be posted game every day, with that mission also being made available in tougher modes. Crytek wants a steady stream of new content keeping players interested, especially geared towards encouraging individual specializations and upgrades that can aid teamwork. 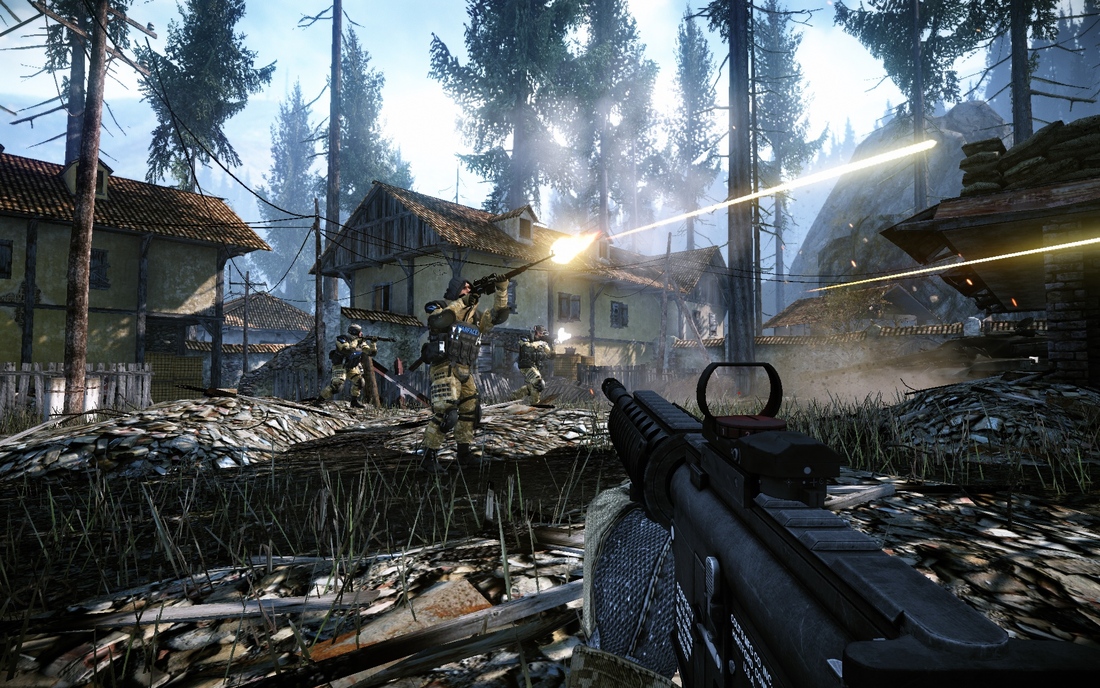 There are actually three currencies at work in this game. XP does what it is supposed to do, allowing the player to level up and strut his or her stuff. Vendor points unlock weapons and outfits that can then be earned through play or bought with real money. Finally, "Crowns" are a reward mechanism for really good players to get their hands on elite weapons that are not available to buy.

"We want people to play our game, first and foremost," said senior producer Wim Coveliers. "You can't just go in one day one and buy all the weapons. They have to be unlocked through play, and some are only available to dedicated players."

Of course, the weapons that are available to purchase, for a few bucks each, can be earned through in-game currency, but Crytek is betting that there are plenty of people without the time or patience to work their way to the goodies.

The same goes for equipment, like clothing, that also doubles as a perk system. These boots look nice and make you run faster. This helmet is cool, especially when it offers extra statistical protection against headshots. You know the drill.

The "Crown" weapons, which credit-card players will not be able to access, are difficult to wield, but offer more damage to enemies. This mechanic means that people who spend a lot of time playing will not be at a tactical disadvantage to those who are willing to spend money. "It's important that the coolest stuff is not available for real money," added Coveliers.

He said that the game would evolve based on player feedback, and stressed that "pay-to-win" is something the team is determined to avoid. The daily maps and missions, he said, will offer tons of data on what people like to play. "We have a solid and gratifying game right now," he said. "But we plan to react to the what the players enjoy and so we have no idea what the game is going to look like in years to come."