As a seasoned fan of platformers, I thought I would be okay in this goofy world of acrobatic janitors and masochistic obstacle courses. But I was wrong. Very wrong.

A sleeper hit originally released on PC in 2012, Dustforce is a 2D platformer that trades pixel-perfect jumping for a momentum-based approach. The result is a maddeningly difficult game. It aims to turn players into dancers in a bizarre aerial ballet, but more often made me feel like the dirt I was tasked with cleaning.

Dustforce has a certain rhythm to it that sets it apart from other 2D platformers. It's simultaneously stickier and looser; the level design requires you to run up walls and briefly cling to ceilings as you clear the gunk that covers each stage. You take control of a janitor of your choice — each with their own cleaning apparatus (which serves as a weapon) and unique attributes — and set out to explore a series of themed worlds that house a collection of timed stages. 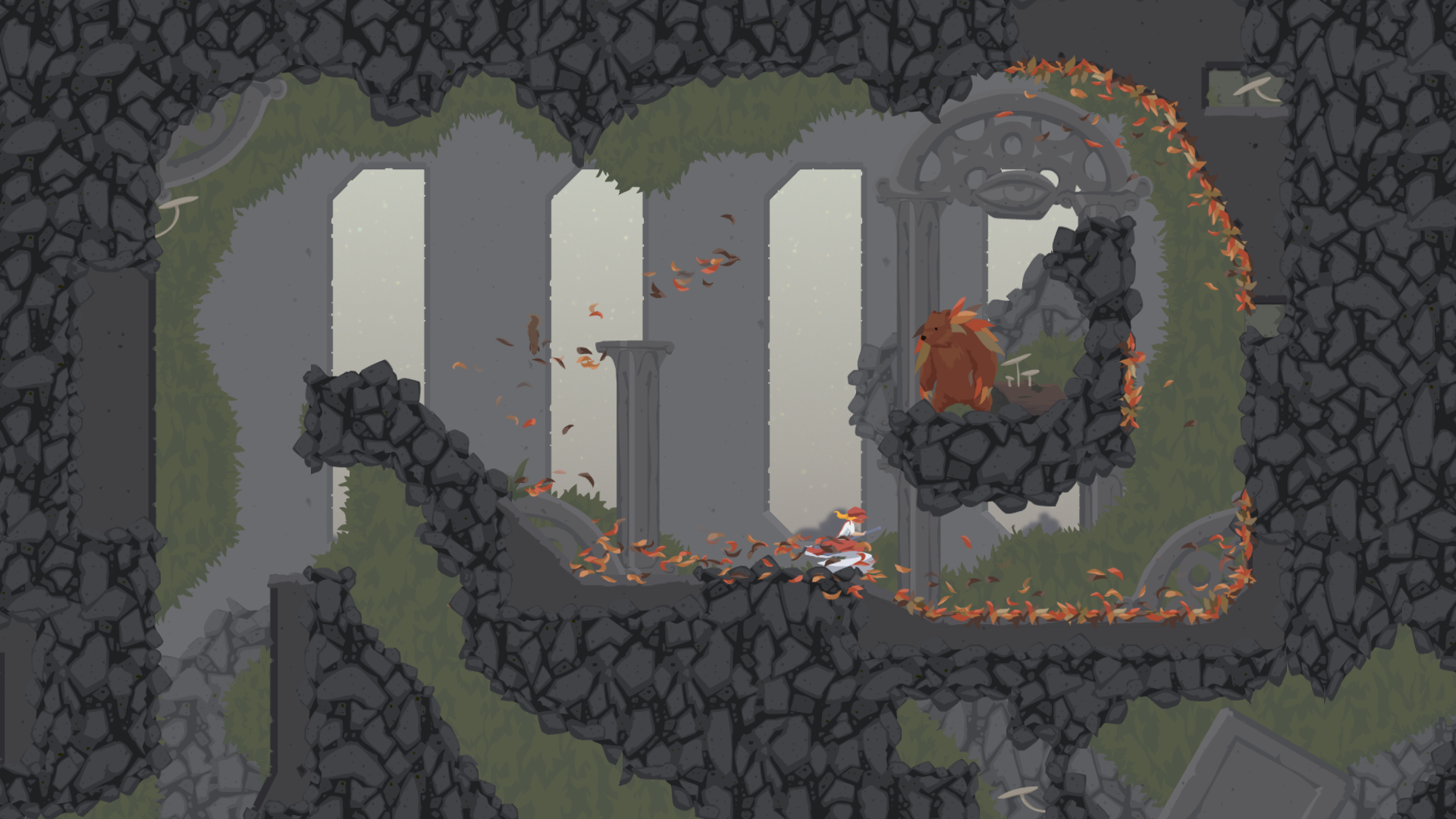 Only around half of the levels in each area are open at the start. The rest are unlocked with silver and gold keys, which are obtained by clearing stages with high scores. You're graded on your performance in two ways in each run: completion (how much crap you clear) and finesse (how consistently you keep your combo running). Getting a coveted S for each criteria is a mean feat, requiring massive amounts of practice and a speedrunner's dedication to perfecting a stage. It's a tough but worthwhile challenge that I initially found enticing.

Success in Dustforce is based on the ability to move seamlessly through a stage, keeping the combo meter running. A full meter gives access to a screen-clearing attack, and a high combo score is necessary to earn anything approaching a decent finesse rating. One little screw-up and you're dead, your combo meter bottomed out and your momentum in the pit with you. It's an overly punitive design that had me restarting every time I made a mistake in a level. Dustforce made me feel like I'd never played a platformer before, killing me over and over ad nauseum until I finally hit upon a good run. 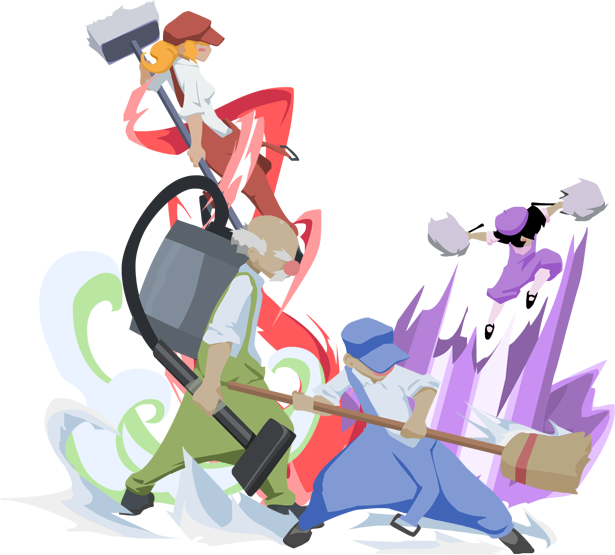 This would be acceptable if the controls were more consistent, but I never got the hang of Dustforce's finicky scheme. It feels loose at times — particularly while jumping and trying to navigate tiny platforms — and sticky at others, most often when I tried to nail difficult wall and ceiling runs. It doesn't feel as tight or responsive as other difficult platformers of the same ilk. As a result, deaths were frequent and rarely felt completely fair.

My issues with the control scheme meant I had enormous difficulty progressing through the game. It's especially frustrating, because Dustforce gates progress so sternly, requiring near-perfect runs and ever-higher scores to unlock later stages. I found myself running the same stages over and over again, trying desperately to eke a slight improvement out of my existing score. Stages that once felt imaginative and fun to blast through were now painful gauntlets. I alternated between boredom and rage throughout the entire back half of my playthrough, my efforts subject to the laws of diminishing returns. I've had more fun trying to run progressively faster 400 meter laps in real life.

I had enormous difficulty progressing

That the controls translated so poorly is infuriating, because the rest of the game is well designed. The layouts are well thought out and encourage multiple playthroughs, with smartly-placed dirt patches that hint at the best and fastest course. If I had complete control over my character, I could easily see myself enjoying the grind in order to hit perfect runs. When I did nail my few SS ranks, I was overjoyed.

But those moments were fleeting, as I found myself facing increasingly difficult stages without any better handle on my character. By the end of the game, I wasn't sure if I was broken, or if it was Dustforce.

I was looking forward to playing Dustforce. I love platformers — particularly challenging ones — and the game has an appealing, chilled-out aesthetic that I was immediately drawn to. But I never fully recovered from the wall I hit, thanks to the fidgety controls. Dustforce offers plenty of challenge and variety, but too much of that value is hidden under a layer of grime.