The upcoming headset is the result of a collaboration between Polk Audio, Halo developer 343 Industries and Forza Motorsport's Turn 10 Studios. Polk's 4 Shot includes a retractable near-field microphone, a spring steel headband, pivoting ear cups and will connect directly to wireless Xbox One controllers. 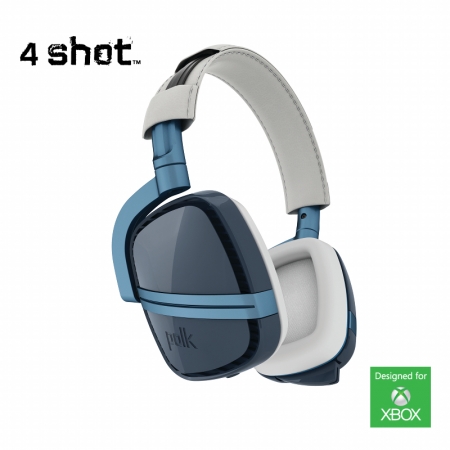 "Since unveiling the 4 Shot at last year's E3 Expo, the excitement has grown in response to its anticipated launch," said vice president of product line development Mark Suskind in a prepared statement. "We worked diligently with Microsoft to create a headset that combines complex audio found in the gaming world with rich, exhilarating sound typical of Polk's engineering. We know there's a substantial demand for Xbox One headsets, and we're proud to be the first company with retail availability of a headset specifically licensed for the console."

The 4 Shot launches at select GameStop locations and on the official Polk Audio website on March 6 for $159.95. The headset will also be made available at Best Buy Canada near the beginning of March.

Microsoft's official Xbox One headset is similarly slated for an early March release, while the upcoming Turtle Beach-designed Xbox One compatible headset will see a March 7 launch.