Alcorn is one of the developers on Flop Fu, a G-Labs project where players use one of the on-screen sticks to "flop" and another to "flail." Speaking to Polygon, Alcorn said the development team was inspired by QWOP, a game where players control the muscle groups in a runner's legs to help him move forward in a 100-meter hurdles event.

In Flop Fu, the fighter's arms and legs are mapped to the flop and flail controls. Like in QWOP, the results are awkward and often hilarious as the fighters flop and flail on the screen, occasionally flipping themselves onto their heads while their legs and arms continue to wildly punch at the air.

Players get to choose from a range of fighters like the traditional boxer, a ninja, a luchador and an astronaut. The game features synchronous multiplayer, so players will be able to compete with others in real-time matches.

Alcorn told Polygon that Flop Fu was originally designed during a Gree hack-a-thon before being brought into G-Labs. 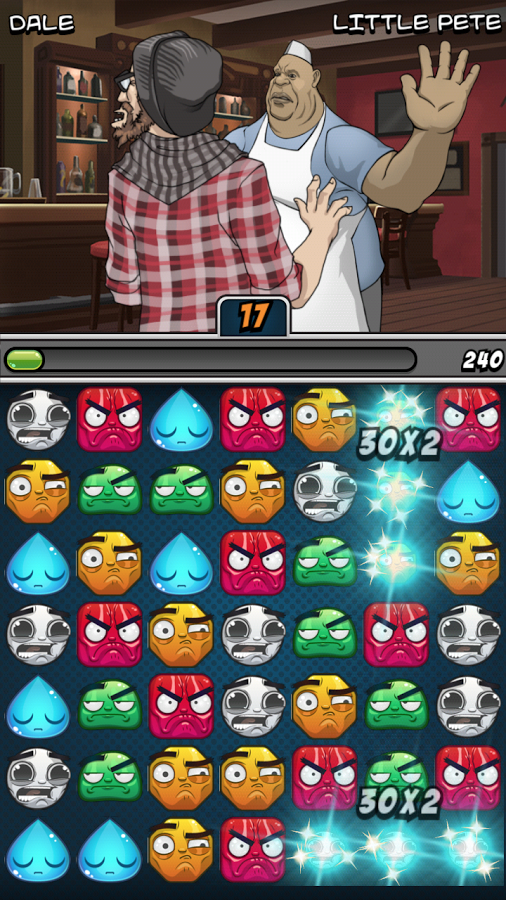 Gree launched the G-Labs initiative in August of 2013 as a way of giving its developers the freedom to work on riskier titles. Developers who join the program tend to work in smaller teams of three to four people and are given three weeks to prototype a game of their choosing.

While not every game developed in G-Labs makes it to market, two are currently available on the Google Play store. There's Coco Pets, a Tamagotchi-like game where players care for and play with a virtual pet, and Legends of Slap, a match-3 slapping game hybrid where the player's performance in the match-3 component of the game affects how well they perform in a face-slapping tournament.