Infinite Crisis has been in a closed beta for the past 10 months. It began with one map and 13 champions to play with. But when the open beta kicks off next month, the MOBA will feature 27 champions — including three new ones: Aquaman, Mecha Superman and Green Arrow — and the game's first tri-lane map, Gotham Divided.

After the beta goes live, Turbine expects to add a new champion every three weeks, as well as a new costume on a weekly basis. (Purchases made in the beta will carry over the main game, Turbine confirmed.)

According to Infinite Crisis executive producer Jeffrey Steefel, the past 10 months of closed beta testing has helped the team refine the MOBA in a variety of ways. From simplifying the game's in-gameplay store, where players buy upgrades for their character in the midst of battle, to defining how "last hits" works in Infinite Crisis, awarding players with a gold boost, the game has carved out its own identity in an increasingly crowded MOBA field.

Steefel says the team at Turbine has other challenges ahead of them as they bring Infinite Crisis to a larger audience, while catering to serious MOBA players and DC Comics fans who've never touched the genre.

"How do you support people that are used to playing these kinds of games that have a certain expectation?" Steefel said. "And at the same time, because of the franchise we're going to get a lot of new people trying [a MOBA], how do we make something that isn't too intimidating? We're still working on that to be honest. It's a long-term strategy."

Turbine is targeting existing MOBA players of varying skill levels, as well as those who play games professionally in an effort to expose Infinite Crisis to a larger, eSports-aware audience.

"Pro players — in some respects, they're the aspirational people that we need to get the other people," Steefel said. "We involved them from the very beginning, and there 100,000 things we learned from those guys. ... We started bringing these guys in before the closed beta and they would come in, play the game twice and point out all of [our problems and imbalances].

"The thing we're going to be learning over the next six months, now that we have a tri-lane map is how is it as a competitive game? What can we do to enhance that? That's the thing that matters to the pros."

And while pulling in players who are currently playing League of Legends, Dota 2, Heroes of Newerth and other MOBA games is part of the plan, Turbine and DC are also after new players who might like strategy games, but have little experience.

"There's a lot of people out there who love DC, and who love strategy games, but because it's so competitive and what they've heard about MOBAs, they've just been put off," Steefel said. "How do we make the game accessible to those folks? It's never going to be a casual game. Never.

"The competitive element makes it very exciting, but in the beginning it makes it very intimidating. We're going to be spending a lot of energy this year on [that]."

Steefel said that, from the minute that new players hear about the game, from when they see their first video tutorial and when they start playing their first game of Infinite Crisis, it should be a welcoming experience, but "it's going to take us some time to iron out all those places where people get scared." 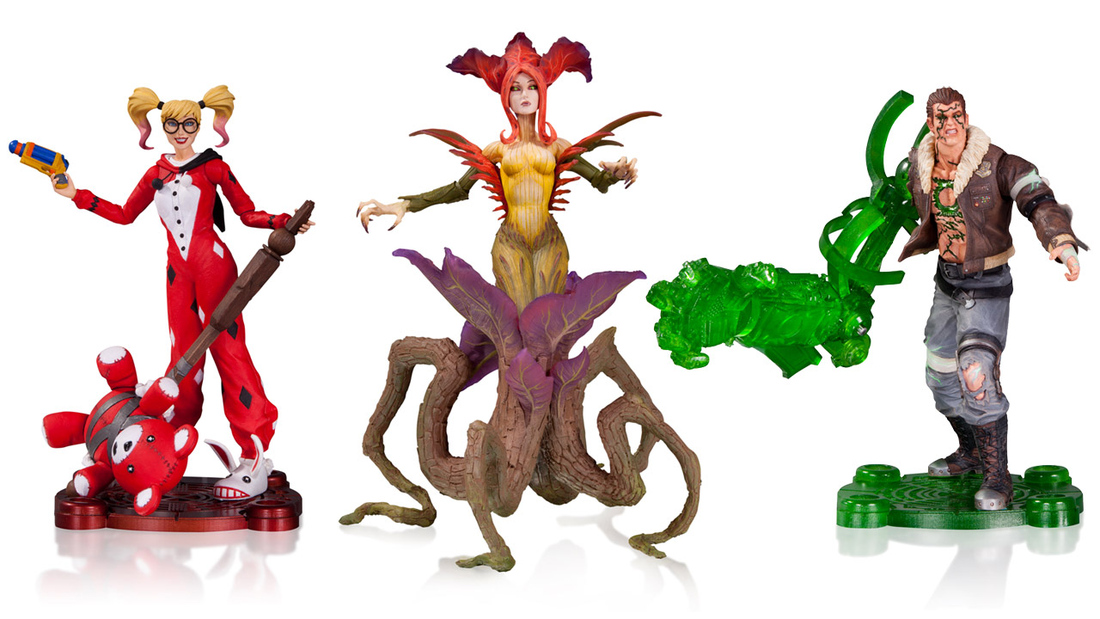 The Infinite Crisis comic is planned to launch this May as a digital-first, weekly release. DC plans to bring those digital comics to retail stores in chapters later, no doubt hoping to repeat the success of its comic series based on fighting game Injustice: Gods Among Us, which sold more than a million units.

There are possibilities, Steefel said, for those real-world purchases to unlock items or characters in-game, but he said it's still early days for Infinite Crisis. "As each of those catch on, and I think they will, that's when we'll start having the conversation about what's the synergy between these things," he said.

As for the growth of Infinite Crisis' roster of heroes and villains, Steefel said that Turbine is focusing on six core DC universes (Prime, Atomic, Arcane, Gaslight, Mecha and Nightmare) and characters that fans recognize and desire. But that's just "for starters," he said.

"I don't think there's any boundary that we've said we won't cross ever."