Dubbed "1998 Mode," the optional challenge appears to be inspired by Thief: The Dark Project, Looking Glass Studios' first-person stealth game released in 1998. Irrational even created a piece of artwork for Burial At Sea Episode Two's "1998 Mode" that harkens back to the original Thief's trapezoidal box art, seen below.

"In Burial at Sea Episode Two we put a focus on balance and stealth mechanics," said Ken Levine, creative director of Irrational Games. "As we were developing this new style of gameplay, we started to see people self-impose non-lethal playthrough's. Given the fan reception of 1999 Mode, we thought it would be cool to give them another way to play Burial at Sea that challenged their mastery of stealth tools." 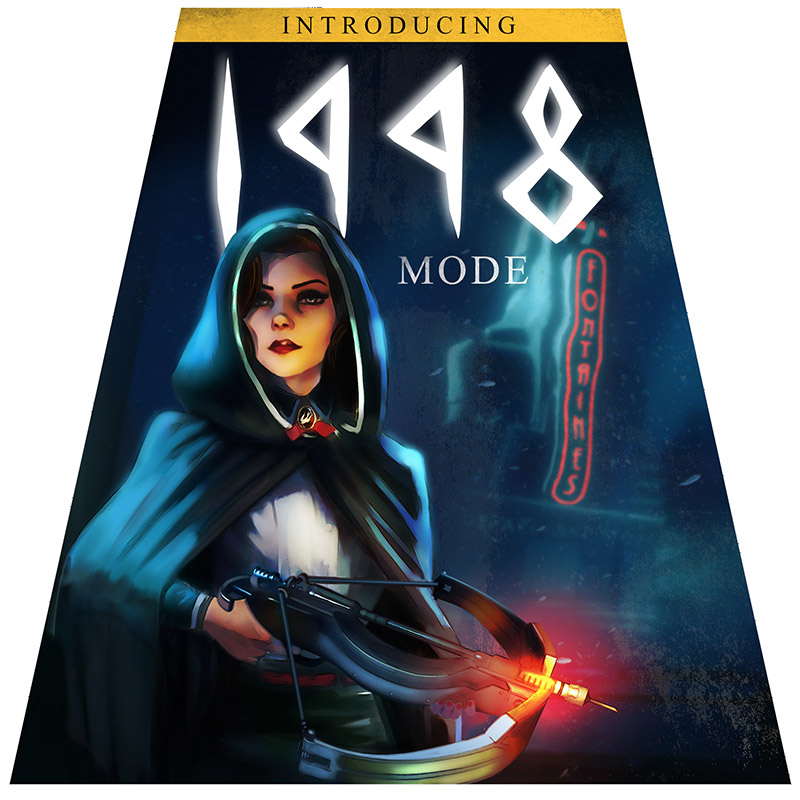 The new "1998 Mode" announcement comes the same week the Square Enix and Eidos Montreal released the latest game in the Thief franchise, simply titled Thief. For more on that game, read Polygon's review and watch our Thief Overview video.

BioShock Infinite Burial At Sea Episode Two will be available on March 25 for PlayStation 3, Xbox 360 and Windows PC. It's the final piece of content planned for 2013's BioShock Infinite.

Irrational Games announced earlier this month that the studio would be "winding down," and that all but about 15 employees at the studio were being laid off.