People have been proposing marriage via video games for years. Gamers and developers have used hacked versions of Japanese role-playing games or classic Mario titles to ask for someone's hand. They've popped the question in Halo 3 or with the help of a chatty robot in Borderlands. Developers have even created their own games, from charming retro titles to a psychological horror game, to ask, "Will you marry me?"

But Ard Bonewald wants to democratize the process. Why do you have to be a developer to create a personalized game to propose marriage, or wish someone a happy Valentine's Day, or to get well soon?

"I would see that people were asking their girlfriends to marry them using a game they had made or the favorite game of their girlfriend," said Bonewald, chief executive officer and creative director of Tingly Games. "I thought that it was awesome, but I can't do that because I can't program. So I thought it would be neat if I could do that and if other people could do that without programming."

The result is Greeting Games, a website that quickly creates personalized web-based video games that also deliver a message to a player. The website, which is currently in beta but set for a full release before Valentine's Day, can create birthday, get well, thank you and New Year's cards that feature eight different types of games. Among the choices are Sudoku, puzzles, slicing games like Fruit Ninja and match-three games like Bejeweled. People who receive a game greeting play through the game to the greeting message. The goal is for the game to take about five minutes to complete.

"It's fun because you can send a game to people who aren't that enthusiastic about games," Bonewald said. "But they do like it when they get a message from you."

While in beta, cards can be created and delivered for free, but once the service launches they will be sold either individually or as part of a variety of subscription services.

The plan is to slowly expand the sorts of greetings offered on the site as well as the customization options and to even add a few more of the games that will be used as the vehicle for those messages.

"We have loads of features lined up," Bonewald said. 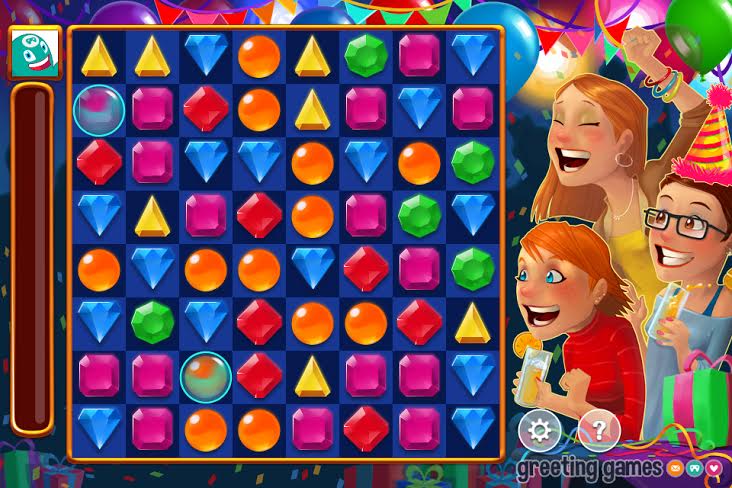 Among those new features is at least one more in-depth game being designed in house. The title is a quick role-playing action adventure game inspired by The Legend of Zelda. The in-development game would allow senders to customize the quest, what the in-game characters say and even some of the items used. Bonewald said the team is also sitting on a Mario-inspired game that was the service's prototype. They are also developing a Doodle Jump-like game, a Pac-Man-type game and a game like Snake.

"Game types aren't going to be that expanded on," Bonewald said. "The games we use are very familiar game types. They have to fit our format for greeting games. They have to have proper difficulty.

"We want games people will understand in seconds. The whole experience is meant to be short. People should look at it and think, 'I know this game, I can do this.' It's going to go to people who don't play a lot of games."

Bonewald and his company have high hopes for the service. Greeting cards are, he pointed out, a very big business.

According to the Greeting Card Association, Americans alone purchase 6.5 billion greeting cards a year. That amounts to $7 billion to $8 billion in revenue annually. And women purchase an estimated 80 percent of all greeting cards, according to the association. Bonewald sees that as a perfect fit for the casual games that power his interactive cards.

"Casual games are mostly played by women and greeting cards are mostly sent by women," he said. 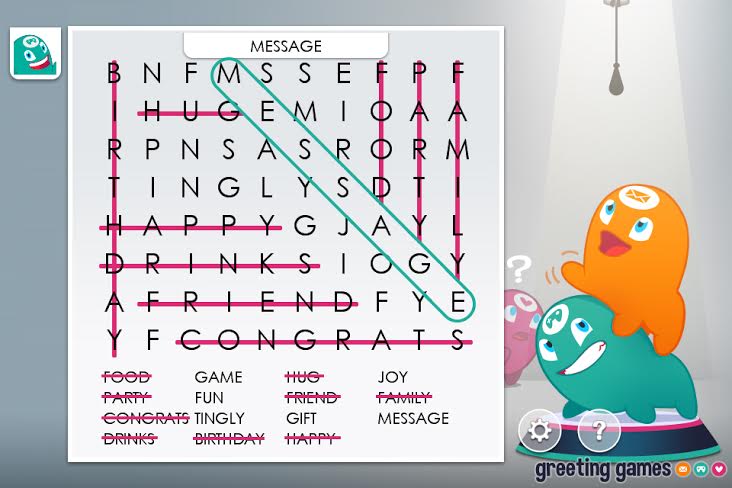 Steve Doyal, president of the Greeting Card Association, isn't quite as upbeat on the potential of online cards.

While the ability to purchase and personalize physical cards online is rising in popularity, eCards are not, he said.

"As a category, eCards began to decline when major providers of eCards moved from a free model to a paid subscription model several years ago," he said." eCards also were impacted by the rise of social media.

One of the issues that eCards, and gaming greetings, face is that they're not something you can hold onto. Physical cards, Doyal said, are tangible and can become "treasured keepsakes."

Bonewald said the company is working to make sure that their greeting games can be played in emails, on phones or tablets and that the games will be shareable on Facebook or Twitter.

The company is also looking into bringing on more artists and hiring a professional greeting card writer. One day, Bonewald said, they hope to be able to partner up with known brands for official greeting games, like, say, an Angry Birds interactive card.

"We are really excited about this. We see it as a first step and we have so many things we want to add to and improve."