Share All sharing options for: To create the 'ultimate open world' two ex-Ubisoft devs are scanning the planet

Would the thrill of surviving in a post-catastrophic video game world be more thrilling, more real, if it was your city, your street and your home at stake? Would it be more fun to explore if you were given the chance to climb the Matterhorn or safari in the Serengeti? The creators of the open-world action RPG ReRoll are banking on it by accurately creating the real world by "drone-sourcing" the planet.

Using civilian drones and scanning the Earth one square-kilometer chunk at a time, the game's creators aim to "reproduce accurately, at scale, the whole planet and its different ecosystems, environments, countries and cities using small civilian drones." The planet Earth, they believe, is the ideal place for players to fight, survive and live in a virtual existence.

ReRoll is the debut game from Montreal-based Pixyul, the studio founded by two former Ubisoft Montreal veterans: Julien Cuny and Louis-Pierre Pharand. Cuny, the former head of content for Assassin's Creed, and Pharand, former creative director and head of UbiWorkshop, left Ubisoft late last year to work on something of their own.

"We don't want to look at ourselves at 50 and say we didn't do it," Pharand said of the desire to build something original from the ground up and with "complete independence over that creative process."

At Ubisoft, Cuny and Pharand worked together on titles like Far Cry 2 and the Assassin's Creed series, including that franchise's transmedia extensions — comic books, short films and more. Together, the pair helped establish UbiWorkshop, which now sells limited edition books, apparel and, well, just about anything and everything an Assassin's Creed, Splinter Cell or Watch Dogs fan could desire.

UbiWorkshop began humbly as a startup within Ubisoft, and with Cuny and Pharand folding and shipping out T-shirts themselves. Pharand said it was that experience, turning a small budget into something tangible, something successful, that fueled the entrepreneurial spirit within the two and inspired them to create something wholly their own. 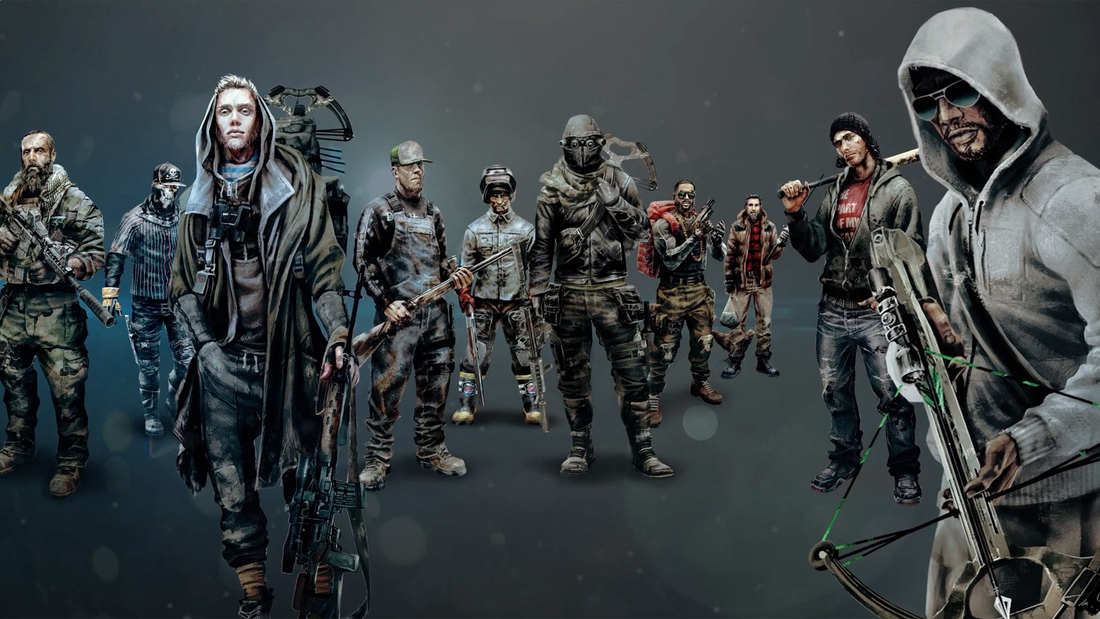 Pixyul's first project is, according to its creators, an isometric persistent online open-world survival action-RPG set in a firmly realistic version of our own world. Players will explore cities and wilderness, craft the items they need to survive and fight against a mutant threat that's the cause of — or perhaps the result of? — the decimation of human society.

When the first portion of ReRoll is released — the first piece of its world, or "brick," is planned for release on Windows PC in mid-2015 — players will be able to explore the world solo or cooperatively with others. They'll have the option to choose from sets of skills, focusing on gardening, scavenging, engineering and raising livestock. Tools, weapons, shelters, medical equipment and cars will be at their disposal through predetermined packages that players can purchase, and ReRoll players will be able to craft new items and learn new skills over time.

Players may tend to crops or fish or raise chickens that could provide them with life-sustaining eggs. Or they may become highly trained, heavily armed soldiers, keeping the mutant hordes away.

But unlike other open-world survival games, like Rust or DayZ, ReRoll's creators are putting less of an emphasis on player-versus-player combat and kill-or-be-killed behavior. That doesn't fit with Pixyul's vision for its survival-focused action RPG.

"If someone's a special ops [soldier] and you're a gardener, that's not going to be any fun for you," Cuny said. While the duo are considering special arenas where players could battle each other, always-on PvP breaks the sense of reality they're aiming for and imbalances the pillars of "craft, explore, fight," Cuny said, that prop up their game design. 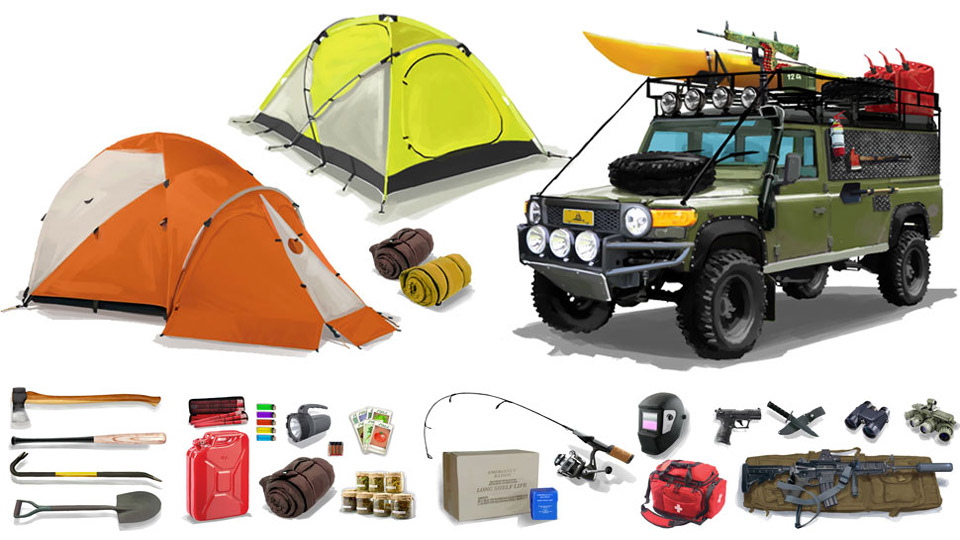 ReRoll's creators are starting with a limited scope because their game aspirations, mechanically, are ambitious enough, they say. The game and its world will grow over time, and interested players will be able to get into ReRoll as it's gestating, before much of it has been defined.

"When we daydream about how [ReRoll] could be a great success, we'd love this to become an MMO," Cuny said. "But it's already so ambitious. And it's very hard to do baby steps with MMOs."

Pixyul is taking baby steps in how it builds the world of ReRoll. The developer's method for fleshing out that world is by "drone-sourcing" our own planet, literally scanning in the surface of the earth through high-resolution cameras attached to flying civilian-class drones and processing those images to make a realistic 3D world. Doing so one square kilometer at a time will make drone-sourcing the entire planet a lengthy process — and U.S. Federal Aviation Administration rules about private drones limit what Pixyul can map in the U.S. — but ReRoll's creators believe even small portions of the planet can make for good playgrounds.

"If you get an island of five square kilometers, that's still a lot of fun in that space," Pharand said. "We're going to have a lot real-world regions into it, but the gameplay will be fine-tuned and polished for those regions."

Turning thousands of photos into a slice of the game world is expected to take a few hours to process into something usable in-game. And Pixyul will need to refine the game world further, making it reflect its post-catastrophic setting.

Pixyul plans to complement its drone-sourced data with other resources, including a digital terrain model. But scanning in the real world is important for Pixyul, Cuny said, because players can more easily connect to their real-world surroundings when they're seen in-game.

"It pushes people to explore a little bit more or be emotionally attached to the places where they live," Cuny said. "That emotional attachment to protect where you live, I think, is greater than ... a game developer's interpretation of L.A. or New York.

"Eve Online, for example, worlds I don't know, it's harder for me to get into. But when it's reality and you can use Google Maps as your game map ... we want everything to be as close to reality as possible."

Pixyul plans to further that attachment to reality with weather and temperatures pulled from real-world weather patterns and a real-time game clock. An activity tracker will allow players to manage their in-game character's time through applications like Google Calendar or a similar mobile app.

Given Pixyul's size and resources, the team is starting small with ReRoll. Its first deliverable, "brick one," is expected to be a small, playable, drone-sourced area of the planet that's diverse and fun to explore. The developer's ideal candidate, geographically, would have different biomes and altitudes, weather variations, some small urban settings and an area that could serve as "an interesting indoor dungeon/instance," like a shopping mall or abandoned mine.

From there, as Pixyul builds out gameplay prototypes and refines its tools, it looks to expand. The developer is establishing its own fundraising campaign through the ReRoll website, a decision inspired in part by the runaway success of Chris Roberts and Cloud Imperium's Star Citizen crowdfunding effort. But instead of buying ships, players can invest in character packages, like the Hunter and the "Shit Hit The Fan" at the low end, or the Paramedic and the Lone Wolf at the high end.

Pixyul says it's also considering a more traditional crowdfunding effort through Kickstarter or Indiegogo, but hopes that players will see themselves reflected in the game's character roles and packages, and will invest early on in that way and explore the world of ReRoll with them.