Share All sharing options for: Super Retro to launch in March with Genesis, NES, SNES support

The $69.99 system will include cartridge slots for each of the classic systems, six controller ports, two SNES-like "16-bit-style" controllers (pictured below), an AC adapter and an S-video/AV cable. The optional $44.99 Super Retro Adapter is available now and allows you to play Game Boy Advance cartridges on the Super Retro Trio, the original SNES and, according to Innex, "any other third-party 16-bit console."

The Super Retro Trio made its debut last year and was initially scheduled for a summer 2013 release. Innex revealed today that it discovered "some controller mapping concerns on the first few samples" of the console that delayed the release until this year.

"We stand behind our products," said Innex President Titi Ngoy. "There is no room for less than the highest level of satisfaction. Retro-bit is one of the elite brands that Innex distributes worldwide and this collaboration with the manufacturer will ensure a successful launch of this outstanding console." 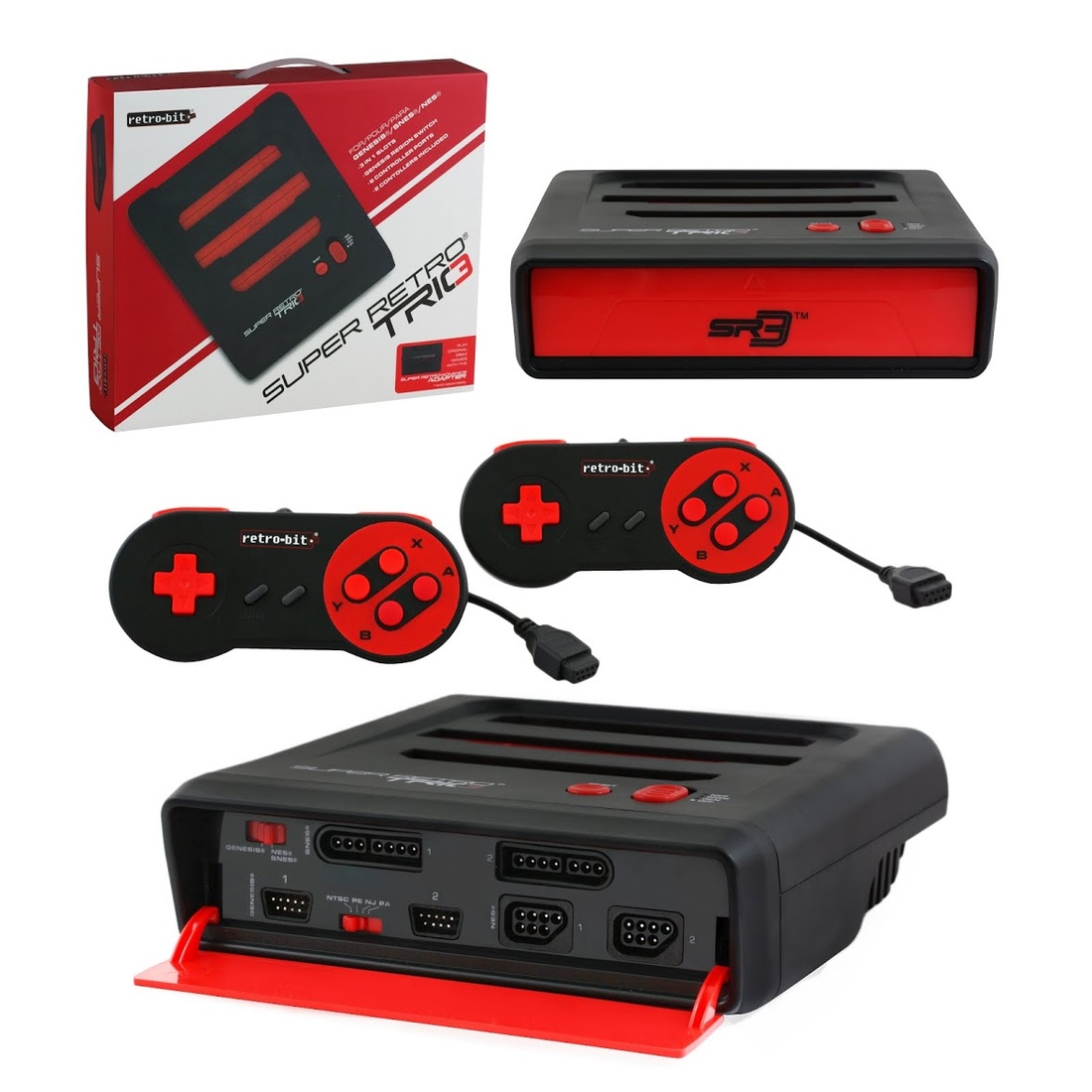