Shovel Knight uses StreetPass and Miiverse for competition and cooperation

Share All sharing options for: Shovel Knight uses StreetPass and Miiverse for competition and cooperation

Last November, developer Yacht Club Games revealed that it would support Miiverse and StreetPass functions for the Wii U and Nintendo 3DS, respectively. At the time, details were slim. Speaking with us during a recent even in San Francisco, developer Sean Velasco was able to provide information on the game's features — which will allow players to share hints or passively duel others.

The Wii U edition of Shovel Knight will engage a friendlier side of the side-scrolling platformer; per the console's Miiverse functions, players will be able to leave hints for other players. By selecting "The Digger's Diary" (a name that Velasco says will probably change) from the GamePad, they can leave advice on how to defeat enemies, or where to find hidden gems. Other examples include leaving drawings of bosses in rooms just before the encounter — anything that inspires "creativity amongst the players," Velasco said. 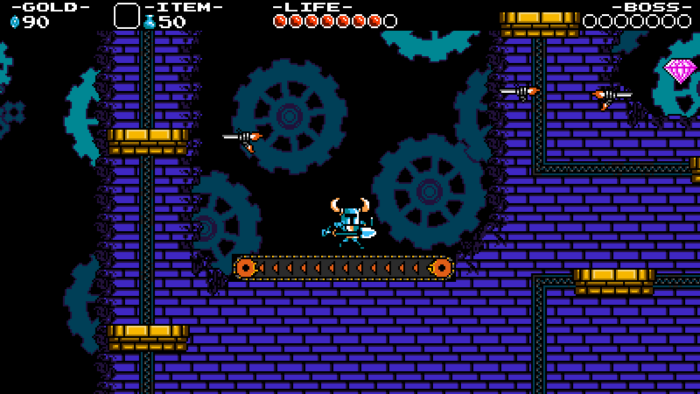 "The cool part is that it's room-based," Velasco said. "Every time there's a room where you don't know what to do, or if you just want some more information, you can tap on this diary. [Maybe you'll] leave a message for other players or get a message yourself, or maybe learn a little more the same way you would trade secrets on the school ground."

The 3DS, meanwhile, will offer a more competitive experience with the StreetPass Arena (another name Velasco says is tentative). For these levels, players will record five-second clips, which are then used against other player's recorded gameplay during a pass. These pre-recorded scuffles will require players to either collect gems or hit the opposing Shovel Knight with whatever strategy they've recorded. Once the StreetPass battle is over, you'll be able to watch the recorded battle and revise your moves. Velasco compared it to a game of rock-paper-scissors, but with a little more strategy. 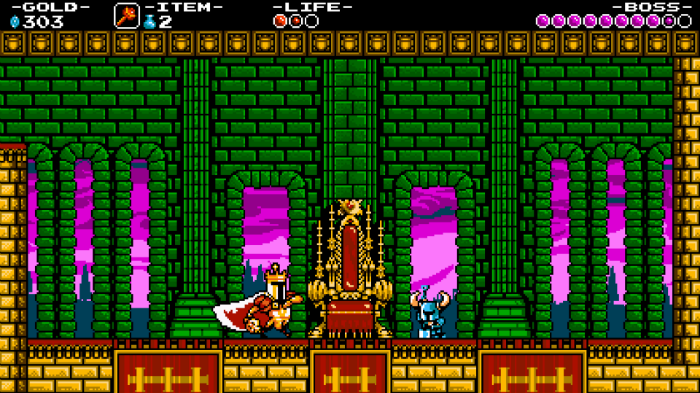 Players who emerge victorious from these passive scuffles will receive gold. Those on the losing end will have the chance to rework their strategy.

"It's a classic-style game, but we're trying to do as much as we can with whatever modern tech we have," Velasco said.

Shovel Knight is expected to launch March 31 for Linux, Mac, Nintendo 3DS, Wii U and Windows PC. For more on the game, check out our hands-on preview from New York Comic Con 2013.