1001 Spikes' Arcade mode is a nod to games gone by

Share All sharing options for: 1001 Spikes' Arcade mode is a nod to games gone by

Nicalis and 8bits Fanatics' wickedly hard side-scroller Aban Hawkins and the 1001 Spikes was born in the modern era, but it hasn't forgotten its roots.

As Aban Hawkins, players do their best to survive the 8-bit style platformer, whether with friends or alone. But in addition to the retro character skins, Easter eggs and dozens of other sly winks available in that main mode, 1001 Spikes also offers an Arcade Mode — one that Nicalis founder Tyrone Rodriguez calls a "love letter to all those games we grew up playing."

Arcade Mode will include three modes in total, but only one that's available right away. The first mode, a game based around battling friends to retrieve a golden vase, is inspired by early Mario Bros. titles, Rodriguez told Polygon during a recent press event in San Francisco. The goal is easy enough: grab the vase and hold it as long as you can to shake loose coins.

However, with up to three friends gunning for the same object, it gets a little messy. We spent some hands-on time with the mode, facing off against two other players. Each time we grabbed the vase, it would spew coins like a golden fountain — but our triumph was short-lived. Our opponents could disarm us with a single tap, leaving the vase up for grabs once more. Knocking out our opponents proved itself to be equally fun as trying to escape their wrath. It's possible to play alone, but the experience won't be as rewarding.

"It's not really playable single-player," Rodriguez says of the first Arcade option. "You can, but it goes by faster because the more people you have, the more time we give you to play." 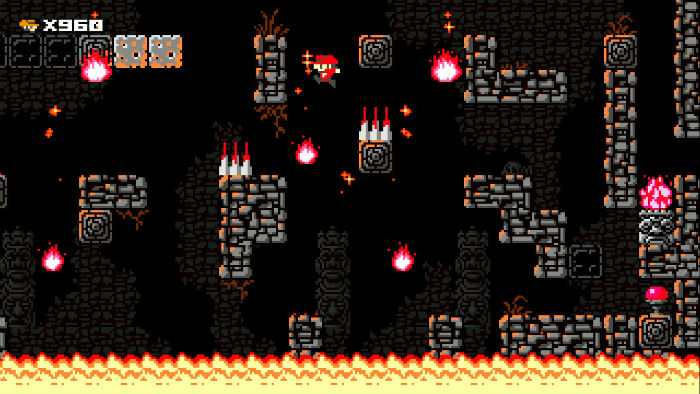 As players grab more coins, they can use them to unlock cutscenes or purchase more lives. Rodriguez said that while it's a great way to gain more in-game currency, it serves another purpose as well.

"Mainly it's just an excuse to have a really cool multiplayer mode," Rodriguez said. "When you're playing this multiplayer, you're actually attacking each other and trying to get the most amount of coins."

The Arcade mode's second and third challenges, which must be unlocked through game progression, inspire equal amounts of nostalgia. In the Ice Climber-inspired game, players attempt to quickly scale a huge tower. The Lost Levels, meanwhile, serve as a fairly obvious nod to Super Mario Bros. 2 (also known as Super Mario Bros.: The Lost Levels). Lost Levels offers a similar experience to the game's story mode, but is designed more obviously for four players. Although the Lost Levels are still deadly, Rodriguez said, they're a little more open and friendly to groups of players than the game's story mode.

"If you play story mode with four players — you can do it and it's a lot of fun — in some cases, because of they way we designed the levels and they're so precise, it's actually harder to play with two, three, four players than by yourself," Rodriguez said. "By yourself you're concentrating and you can either take your time or do everything very methodically. The more players, the more chaos."