From Atari to Nintendo to id to Rockstar, they have all spawned biographical treatments that sought to explain how the magic happened.

Although these stories have touched upon the excesses of success — the flashy cars or the in-office tantrums — they have differed from mainstream biographies in one essential way; the effect of sudden celebrity on the subject.

Most stories about artists contain a moment, when the singer or actor or sports star slides from anonymity to stardom, when they cannot walk down the street without being molested. For most of them, this transition represents success. It is exactly what they have yearned to achieve. No matter what happen next; scandal, fall-from-grace, disillusionment, this is the high-point, the justification for risk and sacrifice.

Notch is, in some ways, gaming's first celebrity. Of course, other creators like the Carmacks and the CliffyBs are recognized and feted in the street. But they do not need to hire security guards to keep their persons safe from adoring mobs, as happened to Minecraft's creators at a recent MineCon.

A Year with Minecraft, a book by Swedish journalist Thomas Arnroth, allows us behind the scenes of the game's developer and publisher Mojang. Arnroth spent 12 months hanging out with the Mojang crew, interviewing senior team members. The book, which is being published in print for the first time, covers a time period during which Minecraft went from being a successful indie game, to a global entertainment phenomenon. 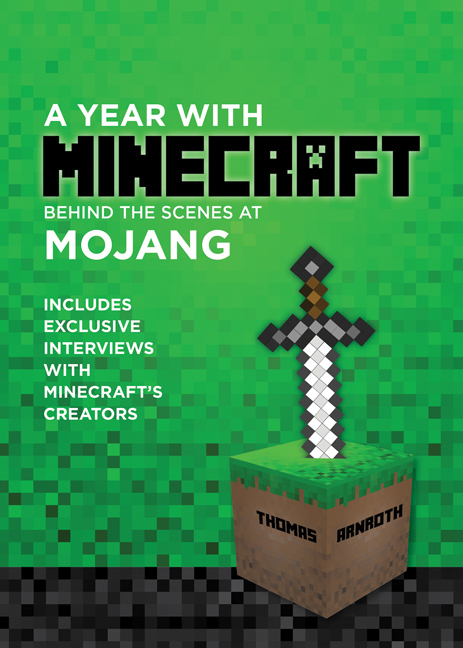 It acts as an observer to the spectacle of a quiet man who did not court fame, has little use for it, and yet must cope with its attendant trials.

"It's fun meeting the fans and to be appreciated for a game I have made," said Notch, aka Markus Persson, quoted in one section of the book. "But it's also hard for me. When you sign autographs you are very much at the center of attention. But the hardest part is that even if I did my best, I'll never be able to give it to everyone who wants it."

There is a story in the book, about a disappointed autograph hunter shouting "asshole," at Notch. Angrily, Persson scolded the man for using bad language, before retreating behind a door.

It is clear that Notch did not set out to become a celebrity and, while he takes his commitments to fans seriously — according to Arnroth, MineCon costs about half a million dollars more to stage than it recoups — he generally avoids the limelight.

"He's very comfortable with people that he knows. He's very funny, very relaxed," said Arnroth in an interview with Polygon. "But he doesn't feel comfortable in situations when he is the center of attention. He's not outgoing in that way."

Minecraft has sold over 40 million units on various platforms, but even this incredible number does not do justice to its cultural impact. In every schoolyard, children share their Minecraft stories. For millions of people, it is an obsession and a joy. It is natural that the maker of the game, a curious, portly fellow with a hat, would attract a lot of interest.

"We have seen before people who are big in video games, like a Miyamoto," said Arnroth. "But this is on a different level. No one's been there before. No one has been this kind of a small developer and yet become such a huge, huge star. If you put a bunch of guys in a lineup and asked people which one would become a superstar, nobody would pick a guy like Markus out of that lineup. But that's what he has become."

A Year With Minecraft covers most of 2012. The book was first released as an ebook in Swedish before an English translation came out, also in digital form, last year. It is being published for the first time in North America in print form via publisher ECW Press. 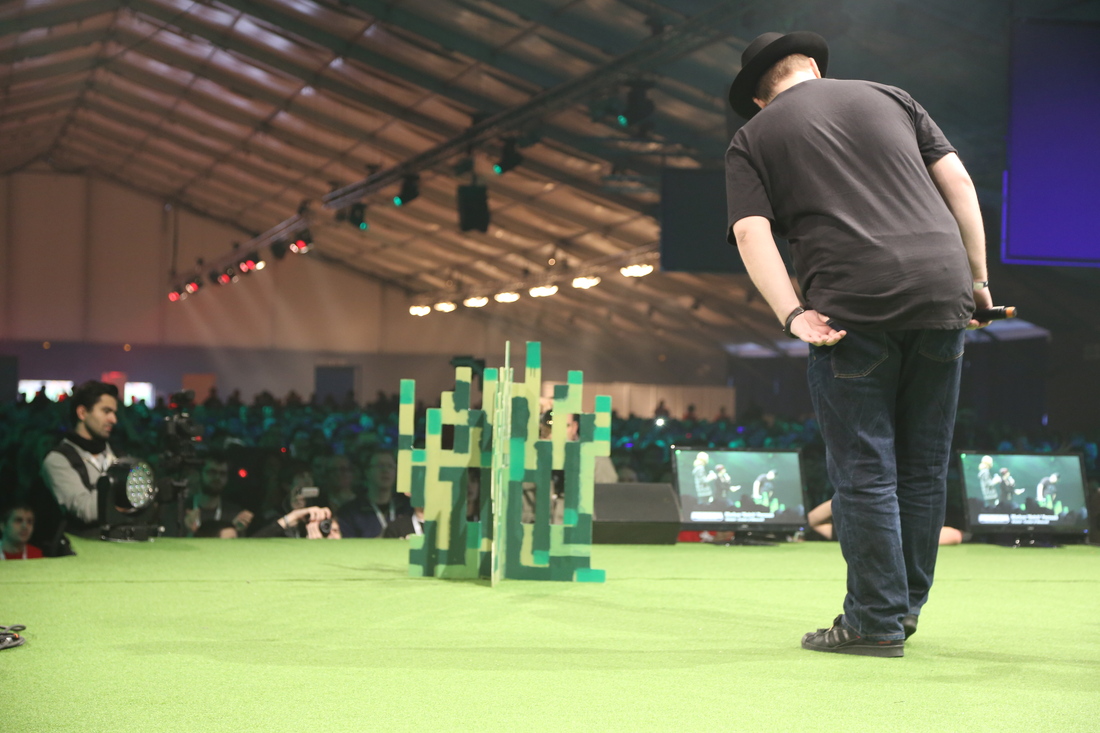 "I was drawn to the story of Markus Persson, to whom I felt a kinship in someone who would rather create a game that satisfies his need for excellence than for wealth," said publisher David Caron. "When I came upon this book, and read it, and got to know Mojang through it, again it spoke to me how they work together and with their communities of fans.

"It opens up for me an important need for books about game developers. As films emerged as the pre-eminent contribution to creative forms in the past century, games are emerging as the pre-eminent form of this century, or even of the last thirty years. Its history, and the people behind it, need attention."

Much of the story is concerned with the inner operations of Mojang. Anyone expecting inter-office political shenanigans is in for a disappointment. Mojang, in this book, is a happy family. The story takes a generally positive view of its subjects and is mostly presented via interviews.

"Markus has tried to create this family atmosphere at Mojang," said Arnroth. "They work very hard. When you're there, they're not playing around and doing stupid things. It's a very friendly atmosphere there." Partly, this too is a reaction to the success of Minecraft. "My analysis is that he wants to be close to the people he works with, because then he can relax and be himself and do his thing. I think those things all go together."

Arnroth said that he decided to tell the story of Notch and the people around him through the interviews, and to stay away from their personal stories. Notch's divorce and the death of his father, which he talked frankly about in a blog post, are mentioned only in passing, although a more personal biography of Notch is available in other books.

It's a conversation, of sorts, between the people who make Minecraft and the people who play the game. Some of the more memorable chapters deal with the impact Notch has had on his staff with such actions as sharing his own profits share with employees, often with life-changing effect. These are not the wildy capricious actions of an attention-seeker, but rather, part of a nurturing pattern all too rare among leaders.

Arnroth believes that, in years to come, the inner workings of this small group of people will be of intense interest to historians.

"It's very seldom you're in a place where you realize then and there that history is being made right now," he said. "This will never happen again. It's unique. At the end of that year, or after the summer, I realized that something like this might never happen again."