Why Renegade Kid waited out the rights for Moon Chronicles

Share All sharing options for: Why Renegade Kid waited out the rights for Moon Chronicles

Renegade Kid always had the ability to create a new first-person shooter for one of Nintendo's handheld systems, but instead it chose to wait.

In 2009, the developer released a first-person shooter for the Nintendo DS called Moon under a five-year publishing deal with Mastiff. When that agreement expired, Renegade Kid wasted no time in reclaiming those rights to produce Moon Chronicles, an episodic remastered version for the Nintendo 3DS.

For Renegade Kid, regaining those rights was a personal matter, co-founder and director Gregg Hargrove told Polygon during a recent press event in San Francisco.

"[Renegade Kid has] a personal connection to the story and the idea, along with the characters," Hargrove said. "We could have just created a new story and made a first-person shooter. That's not terribly hard to do since we've got the technology and we know how to. 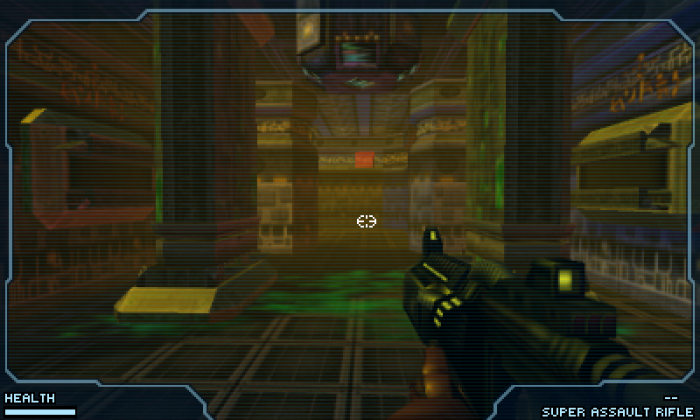 Like the previous version, Moon Chronicles players take control of Major Kane as he explores a strange hatch. During our time with the game, we were able to control Kane with either a button scheme typical to shooters — the joystick allowed us to look around, while triggers allowed us to shoot —or by using the 3DS' touch screen to guide his point of view. Our weapons at the onset were limited, but Hargrove said that the remastered edition will feature the same enemies, locations and weapons players of the first title remember. Despite a new engine and subsequent technology upgrades, Hargrove said, Moon Chronicles remains largely the same.

"People who played it before are not going to get much of a different experience playing the game," Hargrove said. "It is the original game. It has the same speed, it has the same enemies, it has all the same encounters. We haven't redesigned anything."

The biggest difference is its new episodic formula, which Renegade Kid hopes to use to build tension in its narrative. The first episode, One Small Step, will be available for $8.99. Hargrove said that it also gives players the chance to try out small portions of the game.

"Episodic is nice because the public will be able to buy it in smaller chunks," Hargrove said. "If you don't like it, you don't have to spend the full price on the game." 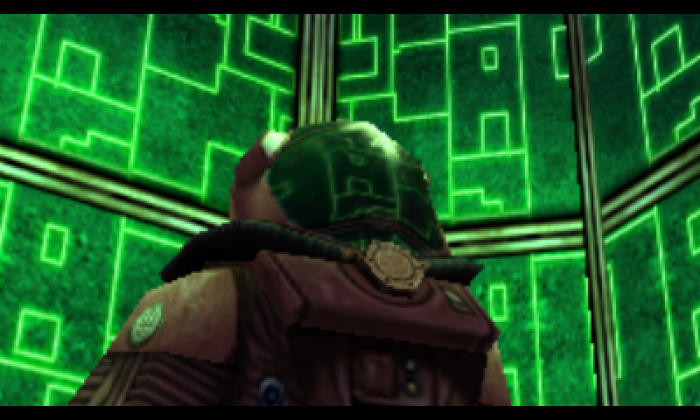 What remains one of Moon Chronicles' most unique aspects is also one of the most obvious: It's a first-person shooter on a handheld system. It's a fact not lost on Renegade Kid, but Hargrove also doesn't expect Moon Chronicles to become a beacon for its genre on the 3DS.

Hargrove added that while he doesn't think Moon Chronicles is a "hardcore shooter," there's definitely a hardcore market for the 3DS. Renegade Kid's game will appeal to these players because it's more of a "classic shooter."

"We're not trying to reinvent the wheel," Hargrove said. "We're just trying to make a good, solid first-person shooter and tell a nice story with it."