Jazzpunk is a great first-person conversation

Share All sharing options for: Jazzpunk review: maybe not today

Review and information for Jazzpunk

Jazzpunk, the new comedy from Necrophone Games, defies the categories into which we often file games. So, let's try a thought exercise instead.

Imagine a short hallway, one lined with dozens of doorways. Each door opens to a small room and each room includes a handful of closets. You've been prompted to reach the end of this hallway, and the fastest method to do so would be to proceed in a straight line, resisting the urge to consider the mystery hiding behind the passing doorknobs.

That's Jazzpunk. You could easily mistake its handful of missions and objectives for a linear experience, completed and forgotten in a couple hours. And that would, as you've probably already assumed, be a mistake. To enjoy Jazzpunk is to turn every doorknob and enter every closet. If something looks like it can't be done, it probably can. The mission of Jazzpunk, if you choose to accept it, is to forget the mission entirely.

jokes are the key here 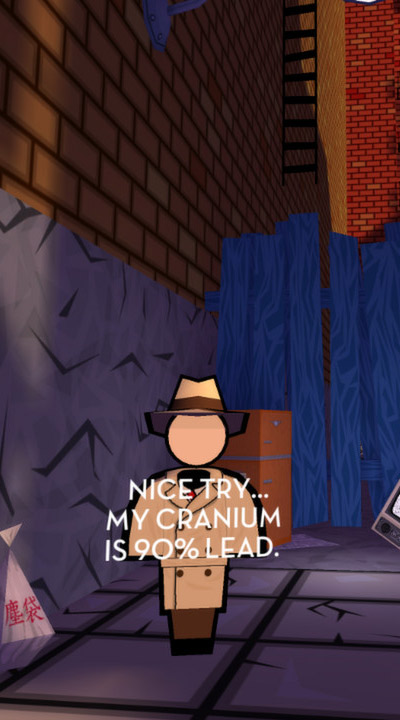 Jazzpunk is James Bond meets dada art. The adventure takes place in an alternate version of the late 1950s and early 1960s in which robots scrimmage between Soviet Russia and Freewheeling America. The world is a mish-mash of utilitarian iconography — the characters resemble the geometric men and women on bathroom signage — and Saul Bass title sequences — words, lines and shapes hang in mid air, sometimes crashing like glass when you pass through them. It's simple but beautiful, a respectful homage to the pop art style.

The premise is deceptive in its simplicity. As an undercover spy, you listen in on important political conversations, steal top-secret caches and execute the occasional hit. The story pushes the player toward the inevitable conclusion, but that impulse should be resisted.

The setting and characters are just facades anyway. The hobo, the shopkeeper and the robot; the frog, the pizza box and the wedding cake; the abandoned car and the rooftop swimming pool: you interact with these disparate elements through thinly disguised mini-games. They riff on Frogger, Space Invaders and Street Fighter. None of the games are exceptional, but they're competent enough to land a joke. And jokes are the key here.

The experience of Jazzpunk is funny in a way few games are — probably because Jazzpunk, unlike most of its contemporaries, doesn't force its player to hear, see or get every joke. Many are subtle, most can be missed altogether. There's no death in the game, and no punishment for playing incorrectly, so jokes are never repeated, diminishing with each delivery.

And yet, my second playthrough revealed a number of jokes, secrets, closets and doorways that I missed the first go around. Jazzpunk has its own language, and by the second playthrough, I had an idea how to speak it. Often, the game lets the attentive player deliver a punchline.

For example, early in the game, a photograph is required to pass a security camera. You could use a photo of a human. Or, you could photocopy your butt, hold the copy to the camera and have your identity validated as one Mr. Butts. That's one gag. There are dozens if not hundreds, coming in all shapes and size. To describe them is to spoil them.

Jazzpunk is a great first-person conversation

If you must categorize Jazzpunk, it fits most comfortably alongside games like Proteus and Gone Home, this new genre about exploration of a virtual space and, in some respects, the minds of its creators.

Jazzpunk doesn't aspire to be an excellent shooter or platformer. Instead, it aspires to and succeeds in having a great conversation with the player.

Our review of Jazzpunk 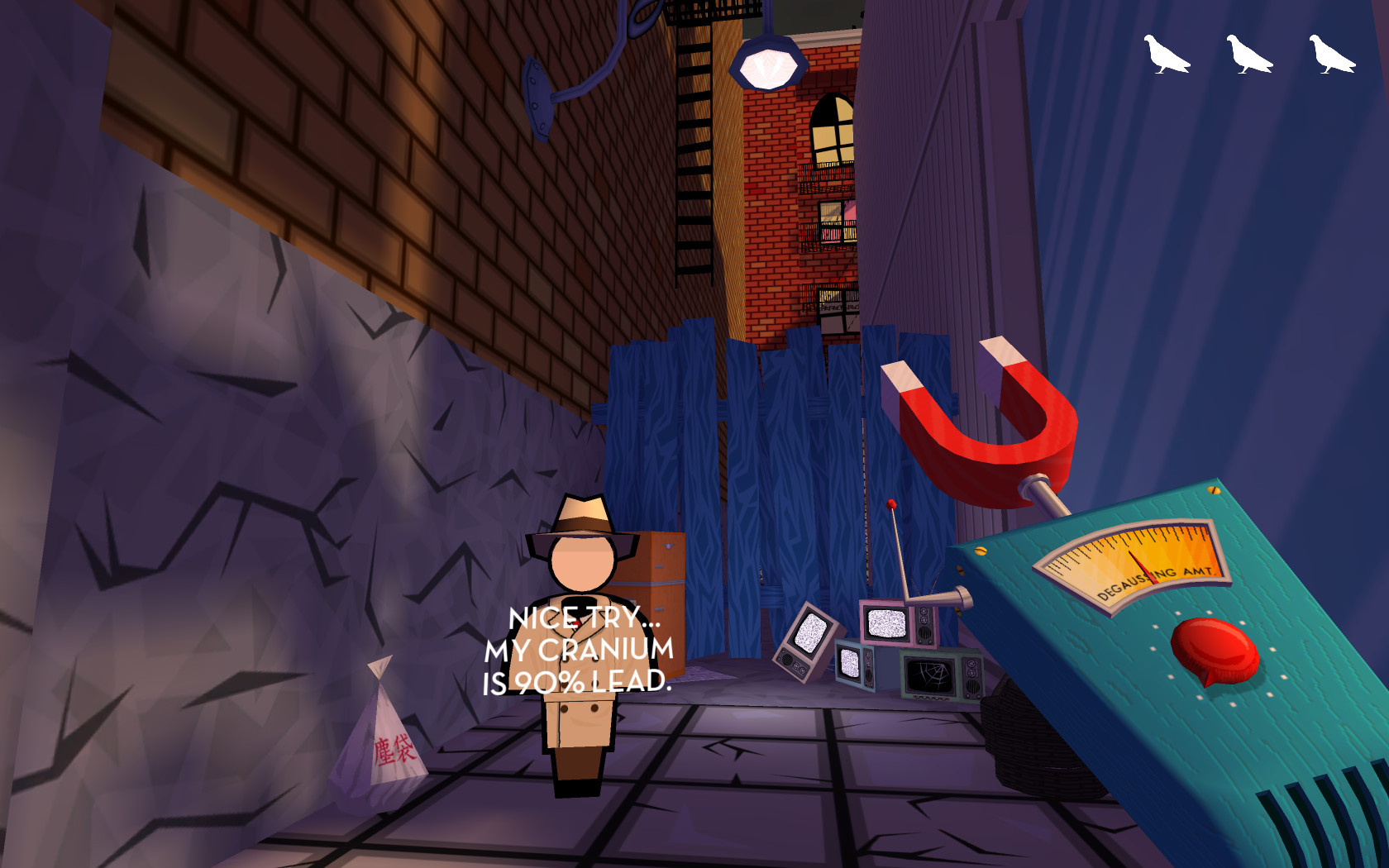