According to Larian Studios CEO Swen Vincke, Divinity: Original Sin is helping to get role-playing games onto a track from which they diverged over a decade ago.

The game, backed with a million dollars in Kickstarter funding, is a top-down party-based fantasy featuring turn-based combat. It is, according to Vincke, influenced heavily by 1992 classic Ultima 7, albeit utilizing technology advances unavailable in the 1990s.

According to Vincke, the years following games like Ultima 7 and its ilk have not been kind to core RPGers. "RPG development used to be all about the quest to give players more freedom," he said. "And then it stopped because it got too expensive and the money went in to the graphics. It was a development pathway that was abandoned, which I am really unhappy about. We have been really underserved since then with the kinds of games that I really want to play. "

Divinity: Original Sin, shown to Polygon in a demo this week, is a complex amalgam of role-playing ideals. Players can make use of multiple paths through puzzles, choosing character and combat attributes down to micro-details.

"When I look at modern games, there is nothing there for me," said Vincke, who has been making RPGs since the 1990s, mostly under contract with publishers. "Everything is polished and pretty, but they are empty worlds where I am not really having any impact on the story. "

Divinity: Original Sin isn't big on huge animated cut-scenes, but it's set in an attractive, colorful, busy world, teeming with NPCs, creatures and interactive items. One of the game's big attractions is its conversation trees between players, which can aid attributes according to the paths taken, and have an organic, natural feel.

A player who tends towards sympathetic replies can become more charming, while one who chooses action-based solutions becomes more pragmatic. These are just a few of the stats underpinning the game, which Vincke said is attempting to bring the free exchange associated with pen-and-paper gaming, to video games.

But he said that his dreams to create a game like this, going back to the 1990s, have continuously been thwarted by publishers.

"Ultima 7 and Fallout 2 were really pushing the boundaries about story and character and freedom and suddenly it was all over," he said. "Publishers started releasing visually rich worlds with only the illusion of freedom. But it was the wrong path. It was just easier for people to make pretty cut scenes and they sold a lot so they carried on." 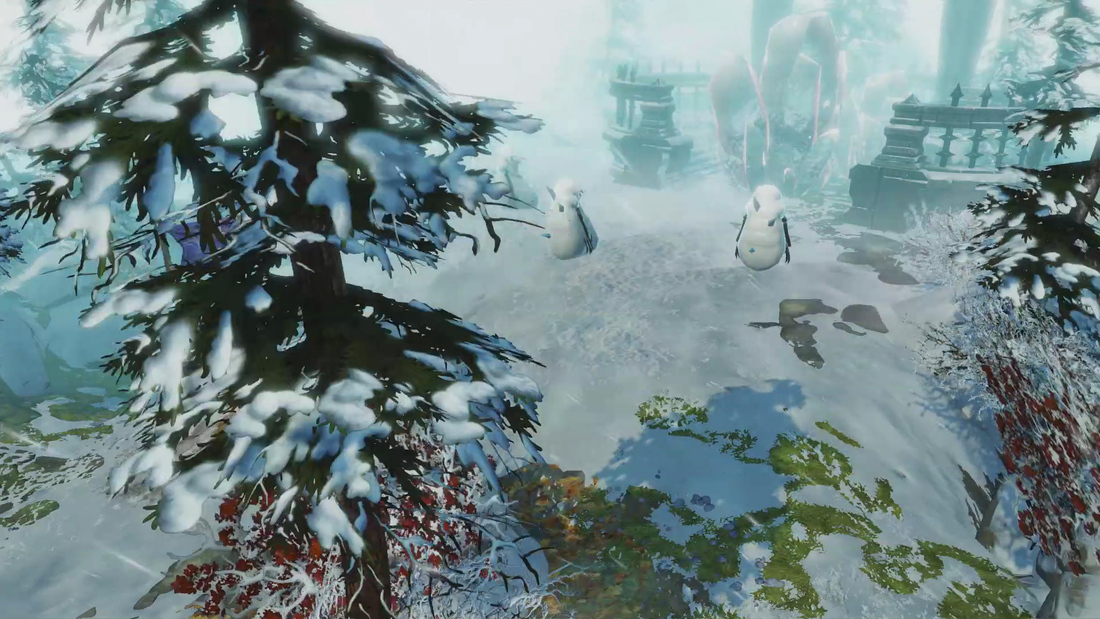 "It became impossible to convince a publisher to put his money in [complex games], because he is looking at a QA nightmare and all kinds of features that are not easy to explain, that are fun but not in an immediately visual way."

He said that Kickstarter and Steam Early Access would be a boon to RPGs like Divinity: Original Sin, which is due for release on Windows PC this spring.

"It takes me a long time to show all the elements in this game, all the depth and complexity. But if I had a pretty monster, I could just show you that and everyone would praise its high production values. Whenever I showed this to publishers, the games guys would be really into it and then I would encounter the marketing guy and he could never figure out how to market it. With Kickstarter we are able to give people who want these deeper games something to play."