In addition to the full game, the Jackdaw Edition will include the Death Vessel Pack, Kraken Ship Pack, Crusader and Florentine Pack, Illustrious Pirates Pack, Multiplayer #1: Blackbeard's Wrath Pack, Multiplayer #2: Guild of Rogues Pack and Freedom Cry — a nine-mission, story-driven DLC. In addition to being released as DLC for Black Flag last year, Freedom Cry launched as a standalone game.

The Jackdaw Edition will be available as an Amazon exclusive in the U.K. for PlayStation 4 and Xbox One. Other territories, however, will also receive a Windows PC version. 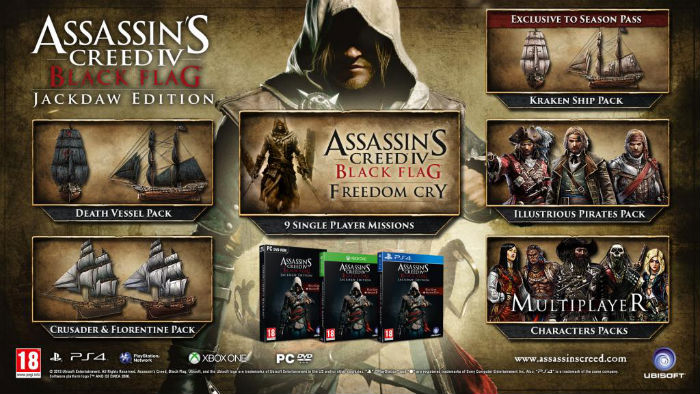 Assassin's Creed 4: Black Flag launched last year for PlayStation 3, PlayStation 4, Wii U, Windows PC, Xbox 360 and Xbox One. For more on the game, read our review.