EverQuest Next will have PS4 social features, new content coming to EQ and EQ2

Share All sharing options for: EverQuest Next will have PS4 social features, new content coming to EQ and EQ2

EverQuest Next, the upcoming third title in Sony Online Entertainment's MMO franchise, is definitely launching on PlayStation 4 in the future, developers confirmed with Polygon.

According to EverQuest franchise director of development Dave Georgeson, the PS4 version will come with a range of social media integration that will make it easier for players to share content. EverQuest Next on PS4 could not only work with Twitch but Facebook and Twitter as well, and Georegson said SOE expects the features to be widely used.

"Reaching out to other people through social media...it's a given, it'll be in Next," he said.

For now, as EverQuest Next Landmark approaches its closed beta phase, SOE is preparing to celebrate the original EverQuest's 15th birthday. To commemorate all the game and its players have achieved since its 1999 launch, SOE is releasing more content for the title, as well as 2004 sequel EverQuest 2, designed to bring back lapsed players and attract new ones.

"EverQuest turning 15 is a big excuse for us to do wonderful things in all our games, pushing as hard as we can on all fronts," Georgeson said. "It's all about entertainment, we've got to keep our players happy."

EverQuest will roll out level 85 characters later this week, a set of already powerful heroes that players can used to explore higher-level game content. These characters will be free March 12-26 and will also launch alongside higher level gear. Players will also have access to new race-class combinations, including the wood elf beast lord and froglok monk mixes, and players will be able to pick up a level 85 character using one of them.

"We've put new content in so everyone can start off and get their feet wet."

According to EverQuest senior producer Thom Terrazas, adding these characters is SOE's way of letting players who have yet to explore high level content — including lapsed players and franchise newcomers — the chance to do so. It's an opportunity to show more players parts of the game have yet to cross.

"We've put new content in so everyone can start off and get their feet wet if they haven't played in a while," Terrazas explained. "We've preloaded all characters with hot bars set with spells, abilities and what you would normally use on these characters to give newbies a head start, or for people who haven't been playing for a long time to jump in."

Throughout the rest of March, SOE will release more player-designed missions created in collaboration with SOE developers and EverQuest players over the last few years. These missions, Terrazas said, are ones players have been asking for.

EverQuest 2 is also getting new content this week. Players will be able to purchase a level 85 character to play with — an updated version of the game's channeler class — and improvements to the game's UI. Three more heritage quests will also be added focusing on two famous items from the original EverQuest and 10 more options to the alternative advancement system, which increases the number of non-level-based advancement options players have above level 51. But this is only a chunk of the game's upcoming content — according to EverQuest 2 senior producer Holly Longdale, "we have more plans." 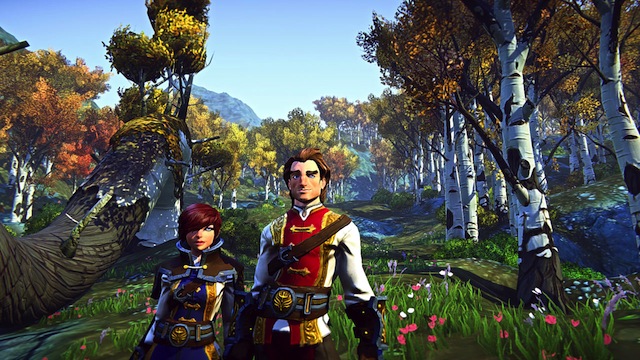 Shortly down the line, players will be able to craft flora and SOE is working to integrate voice chat support into the game. Soon players will also be able to cooperatively build things with friends and give each other permission to build on one another's land claims. Michaels said some players are already unofficially building cooperatively by setting up claims next to one another and using claim add-ons, but soon they will be able to do it officially. Alpha players have also figured out on their own how to make micro voxels in the game, something that Michaels said programmers didn't know was possible.

"We didn't know the engine was capable of doing it, and someone just tried it — they're doing amazing things with it," he said. "But that's what Landmark is all about, trying new things and figuring out what you can do and discovering new techniques or ways to do it. We give everyone the tools to be able to make whatever they want."

Georgeson also further clarified what sets EverQuest Next apart from EverQuest Next Landmark. While Landmark will be more focused on construction, EQ Next will be the place in which SOE can dole out missions and developer-created story content for players.

"From a production side of things, there's very little difference right now because the features and stuff we're building for Next are the same we're providing for people in Landmark," he said. "Landmark is about building anything you can dream of at any time. It's a persistent world which you're wandering through other people's imaginations and seeing what they are dreaming up on a constant basis. It changes every single day. Landmark will eventually become less about building a neat little house and more about building your own MMO."