Threes!, the addictive number-crunching sensation that launched on iOS in early February, is being released on Android today, developer Sirvo confirmed to Polygon.

Hidden Variable Studios developed the Android port, which costs $1.99, the same as the original iOS version. The company teased the port on Twitter earlier this week.

"They're a fellow indie dev and have been great to work with," said Greg Wohlwend, the illustrator of Threes!, and Asher Vollmer, the game's writer, in an email to Polygon.

Sirvo also provided an infographic, which you can see below, with statistics about the time that players have spent with Threes! in its first month of release. Of note is that 13.56 percent of the game's players come from China, although only 1.6 percent of players have paid, so according to Sirvo's math, the piracy rate in China is 93 percent. Players worldwide spend more than 20 minutes in an average play session, whereas before release, the developers felt that anything above 10 minutes per game "felt like a huge game design hug."

The current high score for Threes! is 808,989 from user chu121su12, which Sirvo is "pretty sure" is legitimate. For Threes! tips and tricks, check out our strategy video below. You can read more about the game in our report on its development history.

Update: The Android version of Threes! is now live on Google Play. 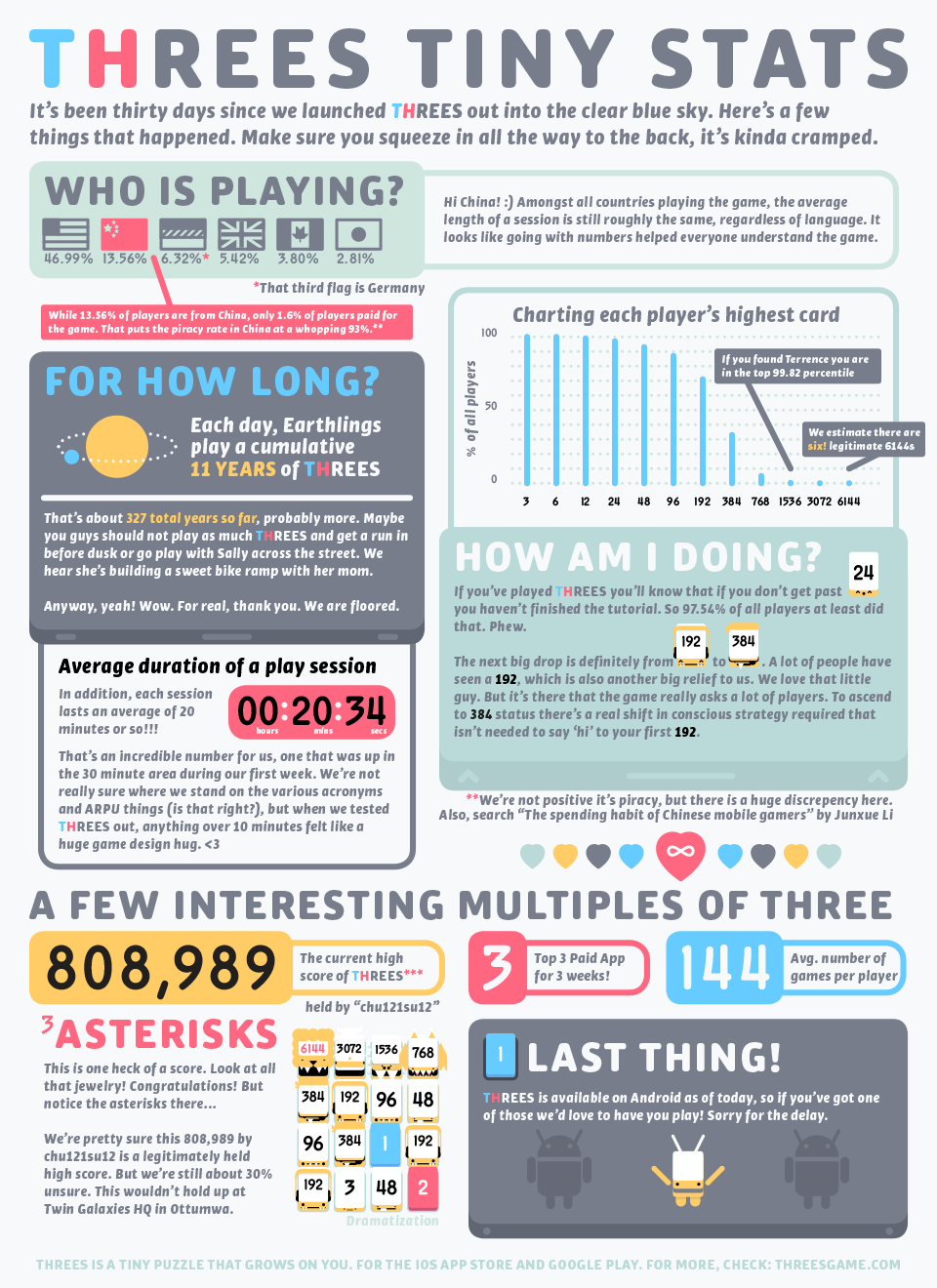