Why a deal between Netflix and Comcast matters to gamers

Share All sharing options for: Why a deal between Netflix and Comcast matters to gamers

When U.S. cable giant Comcast recently announced a deal with Netflix, in which the video-streaming service would receive a direct connection to the cable company in exchange for an undisclosed fee, it had the tech industry worried.

Netflix's performance had been suffering on Comcast's network while its performance on other internet service providers saw little degradation, a fact it made known publicly. Comcast denied it was stifling Netflix's traffic. While the cause of the poor performance was not revealed, the two companies reached an agreement where Netflix would pay Comcast a fee to directly interconnect with the cable company, vastly improving the quality of video streams for Comcast customers.

The deal is a boon for Comcast subscribers, who will now experience better-quality Netflix streams. But it has also raised concerns about the baseline robustness of the internet in North America, potentially uncompetitive behavior by monopoly cable companies and internet users being price-gouged with no alternative.

This particular deal may seem unrelated to the video game industry, but analysts and experts on net neutrality told Polygon that those who use online gaming services like Steam, Xbox Live and the PlayStation Network should be paying attention, because the precedents set in the cable world could potentially impact the gaming world, and it may not be for the better.

The average internet user in North America subscribes to an ISP, selects a download and upload speed, pays a monthly fee for access and doesn't think too much about the way they send and receive data. Barring technical hiccups, services just work, content is just delivered and games are just downloaded or streamed. But there's a lot that goes into making the internet as we know it function, and much of it involves deals between content providers, ISPs and content delivery networks (CDN). A lot of it is complicated, some of it is boring and almost all of it affects the end-user in some way, whether it be through a better or worse service or a higher or lower costs.

There are two main ways that content providers like Netflix, Microsoft and Sony can reach internet users: transit and peering. In a transit arrangement, a company pays another network to carry its traffic to cable providers. In a peering arrangement, a company skips the middleman and pays to directly connect with a cable provider. Until the deal was recently hashed out, Netflix used a CDN to reach Comcast subscribers.

"Netflix is conceding they have to do this, that they cannot survive as an internet content provider without paying the cable companies a fee..."

Peering arrangements are not unheard of, although they are not usually publicized. Some in the tech industry believe the Netflix deal is business as usual. But the scale of this particular arrangement (with Netflix accounting for some 30 percent of internet traffic) has some people believing it isn't, and that it sets a troubling precedent.

Kevin Werbach is a former advisor to the Federal Communications Commission (FCC) and current associate professor of legal studies and business ethics at Wharton University. He told Polygon there are two main reasons to worry about the Netflix/Comcast agreement. The first reason is that Netflix was "essentially forced to pay Comcast, because Comcast is now too big and too powerful in the broadband market, and it can now essentially impose a toll on content providers."

While it could be argued that Netflix made the decision to interconnect with Comcast, Kleinberg Lange Cuddy and Carlo law firm partner Uri Fleming echoes Werbach's sentiment. He believes that Netflix was forced to do this, because the company's only other option was to continue having poor performance on Comcast's network, and it simply could not afford to do that given the number of users Comcast has.

"Netflix is conceding they have to do this, that they cannot survive as an internet content provider without paying the cable companies a fee," Fleming said. "So what if the cable companies decide to make that as a policy? If you want to connect to our servers directly so there's less buffering and you get a faster service, you have to pay us.

"As a consumer, I'm potentially faced with an additional cost."

"If you're starting a business that's relying on the internet to get to your customers, then that's a cause for concern. It really sets the potential bad precedent for internet content providers — whether it's a video streaming service, whether it's a massively-multiplayer online game like Eve Online or Warcraft or any other service like Xbox Live — it starts saying that not all data is equal, and if you really want your data to get there in time to be useful, you're going to have to pay the owners of the internet pipes, whether it's Comcast or AT&T or whoever.

The other cause for concern Werbach mentions is a reverse scenario where Netflix perhaps got a satisfactory deal from Comcast because it's such a big player and because Comcast customers really want access to Netflix. A smaller player in the video streaming or video game market may not be able to get a good a deal because they don't have the same clout or numbers that Netflix has. This, he says, could potentially be a kind of "tax" on innovators and new entrants to the content providing market. 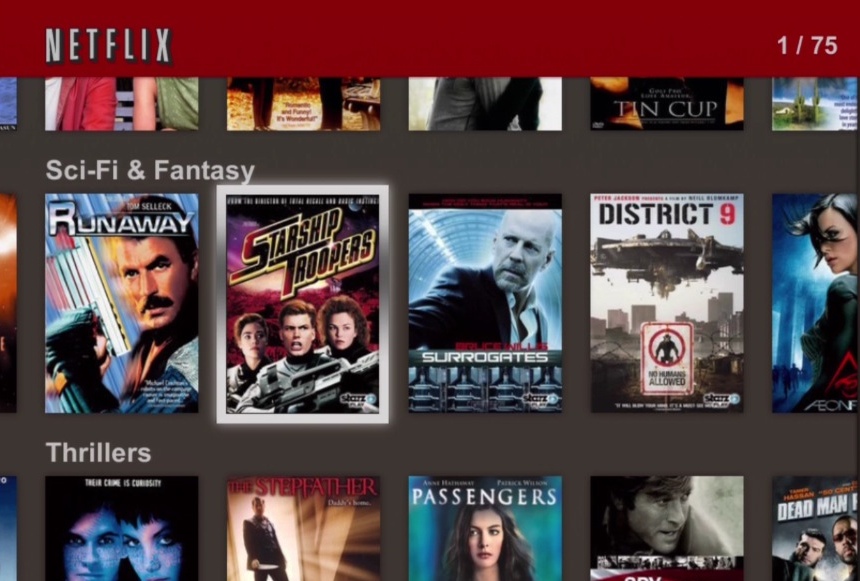 John Bergmayer is a senior staff attorney and non-profit public interest group Public Knowledge. He says that paid peering and CDNs have been around for a while, and the fact that Netflix is paying Comcast some amount of money is not necessarily a problem, provided that what they're paying for is actually whatever costs they're causing, such as server fees, electricity, rental fees, etc. The problem would be if Comcast or any other ISP tried to charge as much as they could get away with.

"I think a lot of this is scare tactics and people think the sky is falling..."

The terms of the Netflix/Comcast deal are not publicly known, and while the double-dipping Bergmayer describes has not necessarily happened, he told Polygon that Comcast has the leverage to do so because it is so big and, in many markets, it is the only cable provider. This, he says, is the danger of having so few players in the cable market, so little government regulation, and a precedent of a big content provider like Netflix paying Comcast directly just so it can have a decent service. Current actions may seem benign, but they may not always stay that way. "Comcast can essentially dictate terms to you, and you basically have to accept them because if you can't reach the Comcast customer base, you're toast," he said. "So it's a problem when you have an imbalance, when you have a single ISP be so dominant."

Polygon reached out to content providers like Microsoft (via Xbox Live and its slew of online services), Sony (via PlayStation Network), Valve (via Steam) and Twitch, but all declined to comment. Netflix issued Polygon a statement saying that its interconnection deal with Comcast "is a standard interconnection, just like the ones Google has with AT&T or Amazon with Comcast or Time Warner. Our data gets no preference over anyone else's." 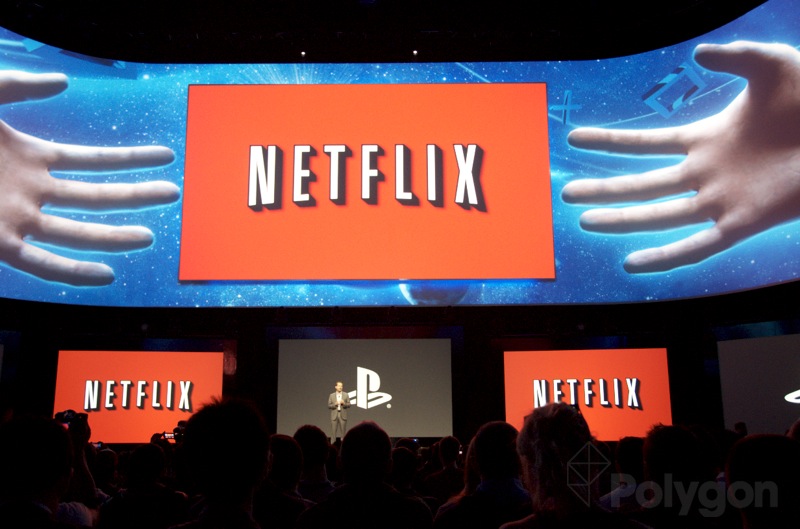 Until recently, the FCC had Open Internet Rules, which made it illegal for a broadband access provider to unreasonably discriminate against traffic on their network. These rules were overturned in January and, as of this writing, they are not enforced. Comcast is subject to its own network neutrality obligations agreed to when it acquired NBC Universal, but those rules only apply to discrimination on a network — they do not apply to interconnection. According to Werbach, the FCC up until now has been reluctant to look at these interconnection arrangements because the view has been that the market is competitive and can self-regulate. This is not an uncommon perspective.

"Personally, I think a lot of this is scare tactics and people think the sky is falling," said director of technology innovation and strategy at marketing agency Erwin Penland, Curtis Rose. "In actuality, the net really hasn't changed that much from an access perspective. It's gotten faster speeds, it's gotten more access to new types of content. If you look at it historically, the internet has been a self-governed entity within our country and ... I think we've done a great job as consumers and businesses in really finding a balance that really fulfils both sides of the equation."

Rose references the time AT&T blocked Apple's FaceTime service and how the free market won out when competitors like Verizon and T-Mobile allowed FaceTime to happen on their networks, which caused AT&T to ultimately change its tone. He says he thinks the market will ultimately favor the consumer and, rather than looking at the Netflix/Comcast deal as an ominous sign, he sees it as a win for consumers who are now experiencing Netflix at a faster speed.

Having said that, Rose finds it unlikely that game companies will be put in a position where they have to interconnect because, unlike Netflix and its 30 percent of online traffic, gaming does not currently generate anywhere near as much data. But according to Werbach, just because gaming isn't a target now, doesn't mean it won't be in the future.

"The games market is always one that people underestimate..."

"The games market is always one that people underestimate, especially when we're talking about high speed broadband and growth rates," Werbach said. "To the extent that gaming goes more into the cloud and multi-platform, that's going to change usage patterns. So I think that will have an effect."

The bandwidth used in the transfer of video game-related data is climbing, with video streaming service Twitch ranked fourth in peak internet traffic in the U.S. this past February. Valve boss Gabe Newell said last year that when a new update is released for its strategy battle game Dota 2, the game accounts for up to three percent of the world's internet usage. And as next-gen video games produce higher-fidelity graphics, more games are streamed from the cloud and the games industry continues to push the limits of hardware and software, gaming is only going to gobble up more of the bandwidth pie. It may not be a target today, but who knows about tomorrow.

"The Netflix story is an example of something that five years ago, Netflix-type streaming was not a large factor in broadband, and now it's by far the biggest factor," Werbach said. "Gaming is certainly going to play more or a role, but exactly how it matches up with who has power, I'm not entirely sure." 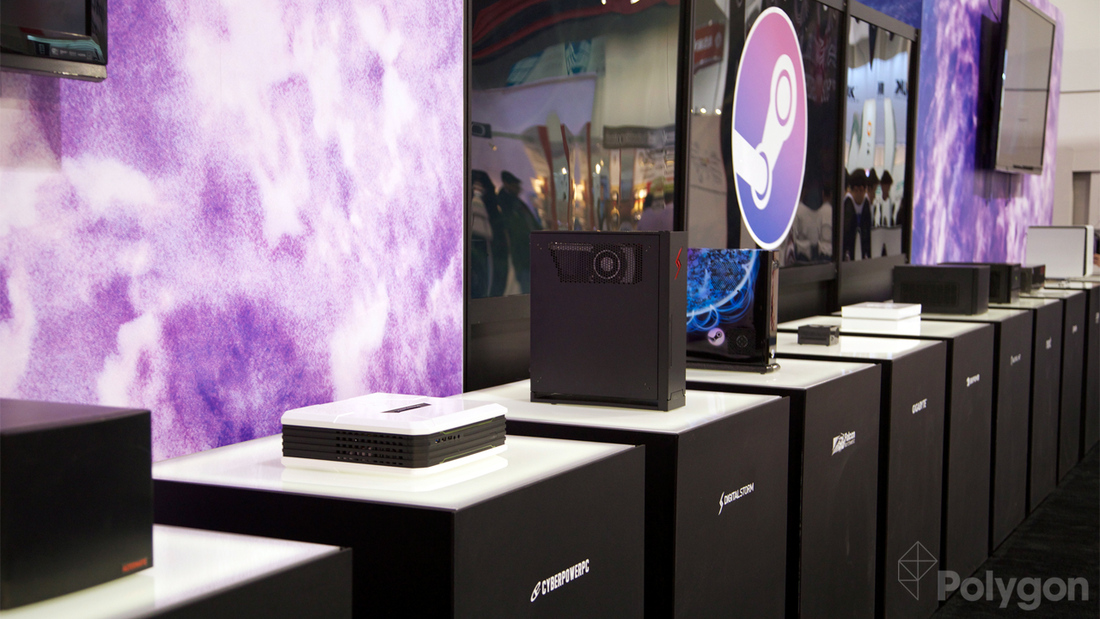 Most of the concerns surrounding the Netflix/Comcast deal are less about the deal itself and more about what could come as a result of it. According to Rose, consumers and businesses shouldn't panic. Instead, they should watch where the industry goes, vote with their wallets and speak up where they need to.

Bergmayer encourages the public to participate in FCC proceedings. "Very often, people don't have a lot of choice," he said. "That's why we're always worried about what these companies do because we don't have the market to keep them in check. That means the government, that means the FCC, that means congress needs to regulate them."

Everything the FCC does, it puts out for public comment, and anyone can contribute. Bergmayer encourages people to contribute meaningful arguments and make their voices heard because government responds to public pressure.

"These are public policy issues," he said. "And if things are bad, they can get better. They can change."