Share All sharing options for: Crytek brings action card game The Collectables to iOS and Android

Crytek Hungary will launch its first free-to-play mobile game The Collectables next week, according to publishing partner DeNA.

The title, designed by the same team behind Crytek's physics-based puzzler Fibble is a tactical action and card game hybrid that studio manager Kristoffer Waardahl describes as being more of a "typical hardcore game."

According to Waardahl, the game has been designed to be accessible, but there is also a distinctive Crytek influence in the way it plays and environments. Players will traverse lush jungle locations inspired by games like Crysis that have dynamic lighting, vegetation and particle effects. In battles, players will have to be tactical in their deck-building as well as where and how they use their resources.

"We're trying to create an interesting challenge for players..."

The Collectables tasks players with managing a group of soldiers whose job it is to go on missions to liberate islands and kill enemies. Inspired by 1980s action heroes, the characters are each equipped with different weapons that have advantages in different environments. Players can bring four soldiers on each mission. Tapping on the screen will move the entire party, but players can also zoom into the game map and manage the soldiers individually. 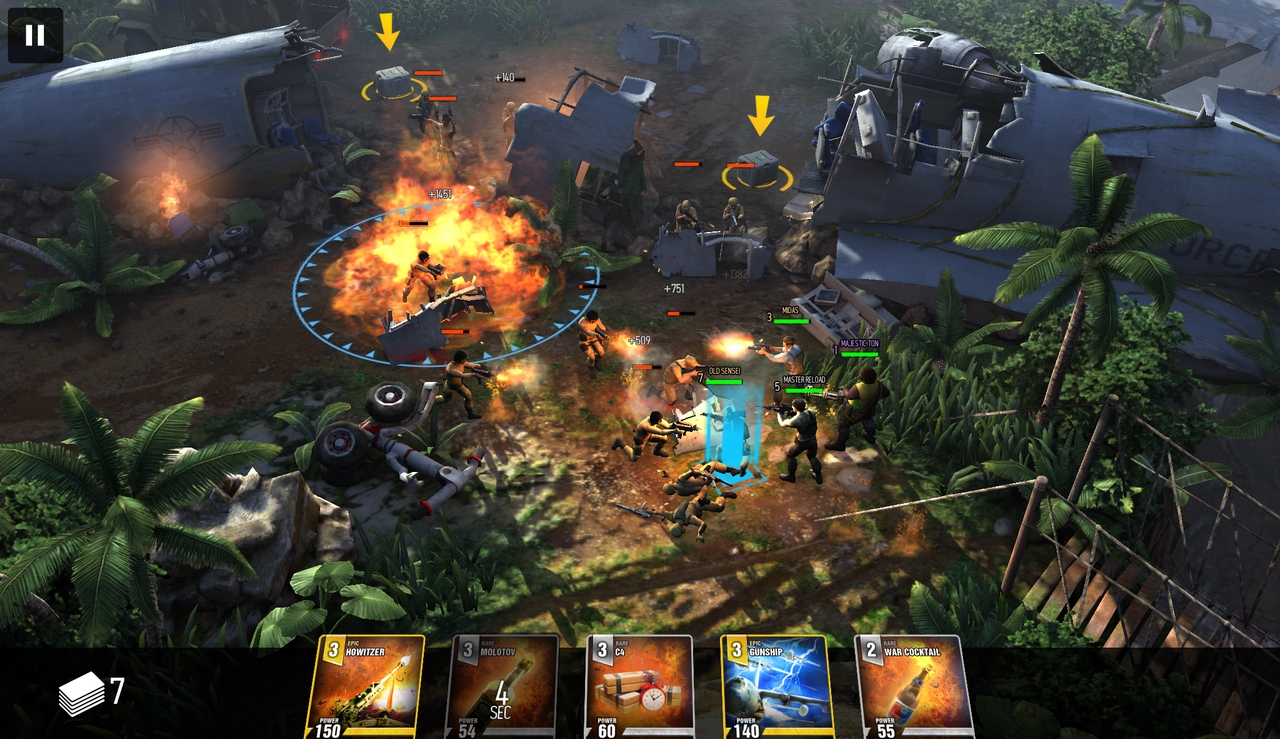 The soldiers automatically fire when enemies are in sight, but a key component of the game is the cards that players can use during battles. For example, players can use special cards to shield their soldiers against oncoming bullets. One particular card allows players to create a decoy to distract the enemy. Cards can also be used to spawn turrets, call air-strikes, induce head-shots, throw Molotov cocktails and create medical stations that heal the troops.

Players are also able to preview levels before they jump in to see what grunts and bosses they will come up against. With this knowledge, they can construct a deck of soldiers, weapons and abilities that is best suited to the level. Once a card is used, it is removed from the player's deck for that level, so players have to carefully manage these resources.

"We tried to make core gaming more accessible," Waardahl said. "So you don't have to micromanage every troop. It started that way, and the sessions were very long. In the beginning, we had classes like you'd have in Warface and Crysis, and every character was an RPG character, and for a while you could edit everything and it became very stat-heavy. You had to handle the camera manually, and it became a game that was very tactical and very lethal. 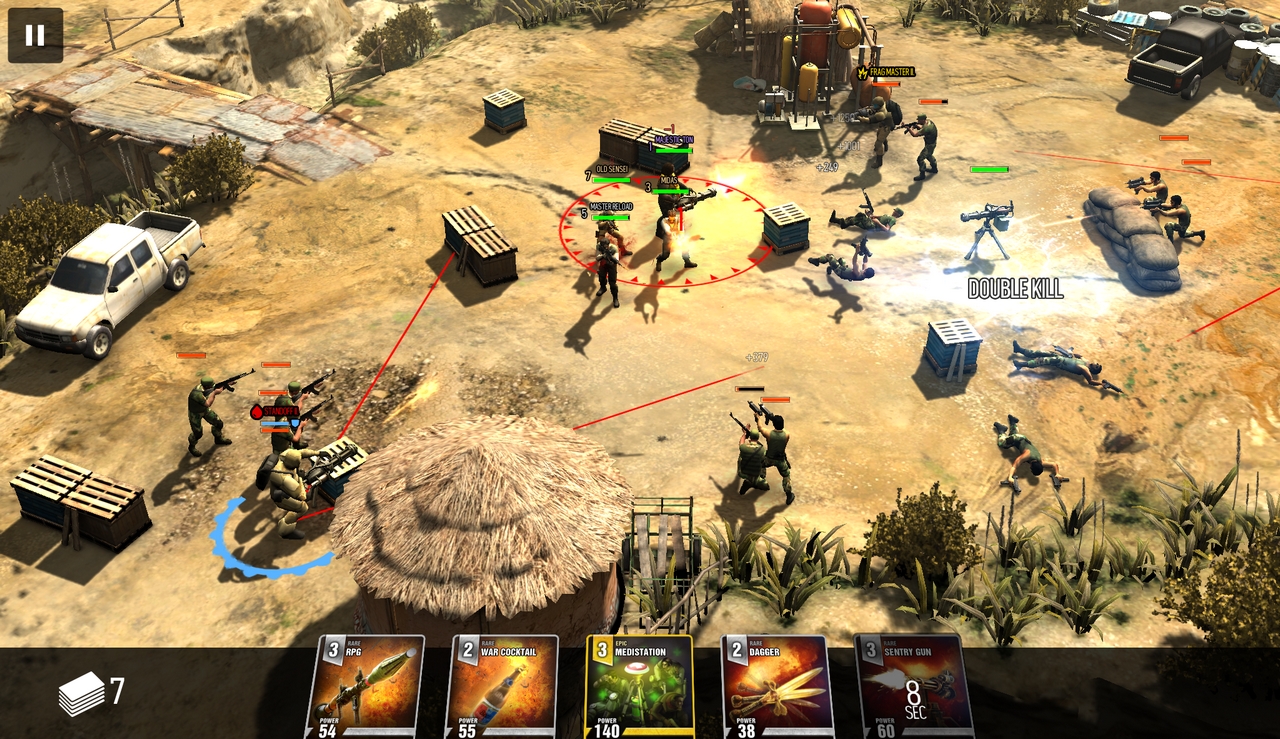 "So for mobile, we decided to bring the core experience so it's not just tapping somewhere on the screen to overcome an obstacle, but the sessions are kept short and simple."

The game has been streamlined so those who want to be tactical can delve into their characters' stats and plan their decks and plays, while those who don't want to go as deep can still enjoy an experience that requires them to think before they call an attack or move their soldiers.

"We're trying to create an interesting challenge for players and force them to think more about what they're doing in the game space," Waardahl said.

The iOS version of the game will launch next week with an Android version to follow soon after. Pre-registration is now open.