Share All sharing options for: Pikachu is Japan's official mascot for the FIFA 2014 World Cup Brazil

Japan's national soccer team has adopted Pikachu — arguably Pokemon's best-known character — as its mascot for the 2014 FIFA World Cup Brazil, as detailed by both Adidas and The Pokemon Company's official Japanese websites.

The partnership is part of Adidas' "Engine Project," which encourages players in uniform to act as a single "engine" and foster unity. Part of the promotion features the iconic character and pokemon friends decked out in the team's official jersey. 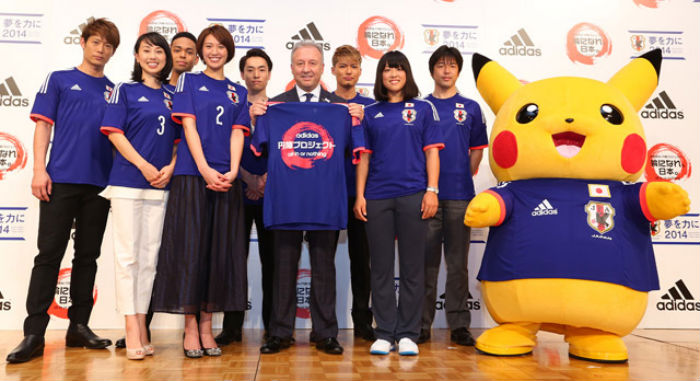