Available tomorrow as a mandatory install, the free update comes just a few weeks after the game was launched on Xbox 360 and Xbox One. In a demonstration of the DLC, producer Brian Lindley said he's happy with the game's reception, citing positive reviews and social media buzz.

Polygon's review scored the core game at 8.5 and described it as "an experimental shooter that feels freed from tired conventions or compromise." Garden Warfare is a significant departure from the PvZ franchise's mobile tower-defense roots.

Central to the update is Chomp Town, a small 8v8 urban map that's reminiscent of hardcore shooter downtown arenas, in which fast-paced, close-quarter combat is the norm, and death comes often and from every direction.

Chomp Town is just as colorful as the rest of Garden Warfare's wacky world of goofy zombies and warmongering plantlife. Multi-level restaurants and shops sit close by graffiti-sprayed back alleys, with tons of sharp corners and run-routes between open killing arenas.

The map has been designed around a new mode called Gnome Bomb. It's an Obliteration-like game in which each side seeks to secure a bomb (strapped to the back of a hapless gnome) and detonate the device at bases. This encourages an ever-shifting locus of intense combat surrounded by mini-battles, as each side, zombies and plants, seek to win the upper hand. 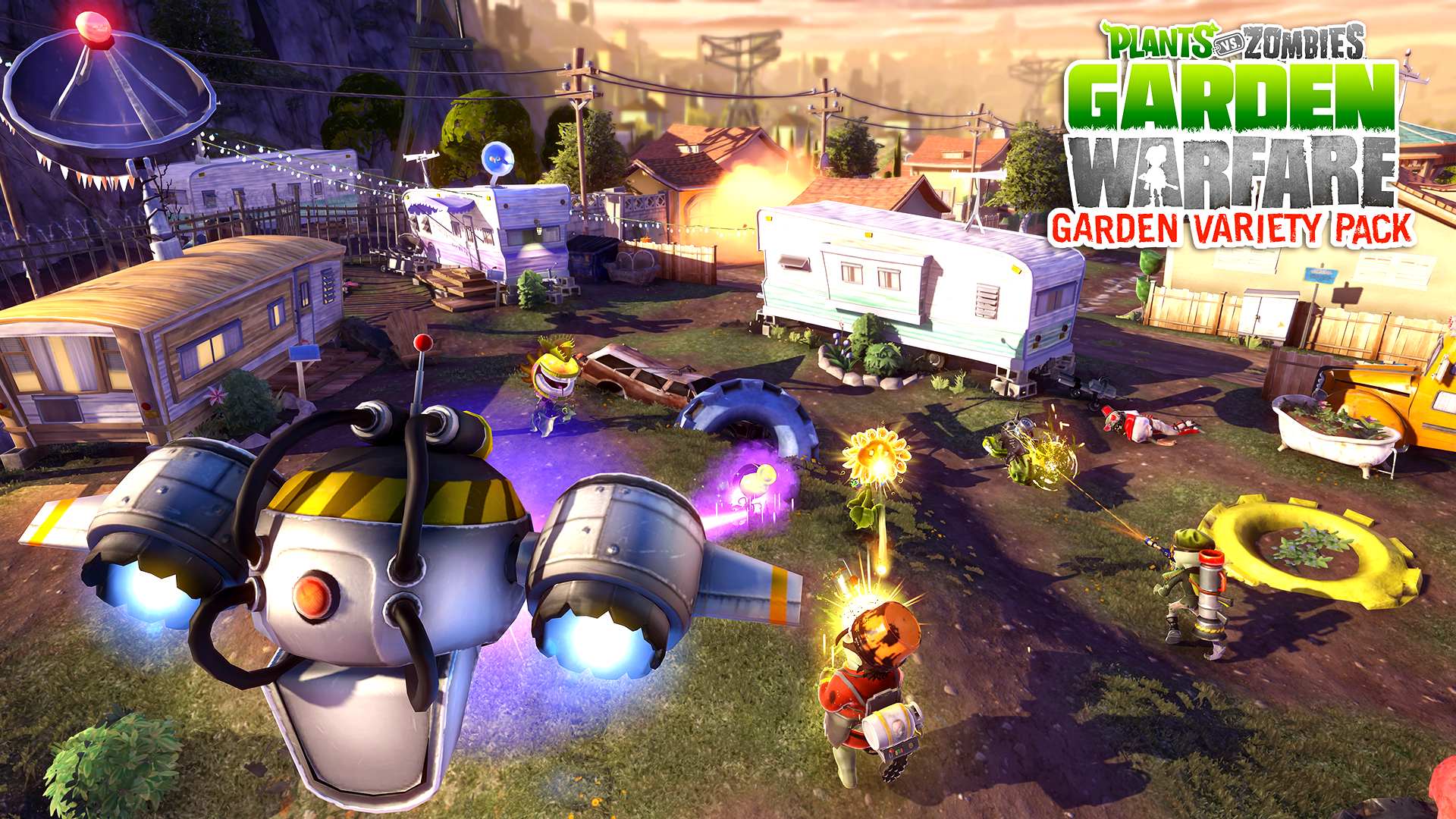 Some of the standard modes, available in the game's other eight maps, can be played in Chomp Town, including Team Vanquish. For the moment, there are no microtransactions in Garden Warfare, although a spokesperson for publisher EA said a plan is being considered.

A phalanx of unlockable new powers available to all classes is also being unveiled. Each class gets three new powers, which are generally more intense versions of their standard abilities. On the whole, weapons, defenses and movement bonuses become more effective but at the cost of instability, charge-up times and longevity.

Playing the game, it's fairly obvious that many players are going to make this trade-off, once they unlock the upgrades. A rocket-launcher that fires three missiles is better than a rocket launcher that fires one, even if you have to wait a little longer for a reload.

Some of the upgrades are much less useful, but they fit in with the general charm of this world. Sunflower's healing beam can now be rendered in rainbow hues, which is just as it should be. There is also a collection of new costumes and accessories for each of the characters.

"This DLC offers a lot of new gameplay," said Lindley. "These layers affect teamplay and strategy while giving players tons of new ways to customize their characters." Correction: An earlier version of this story incorrectly stated that Polygon scored Plants vs Zombies: Garden Warfare 7.5. The score was 8.5.