In a presentation today at the Game Developers Conference, Vlambeer's Rami Ismail and Jan Willem Nijman spoke about their experiences developing their latest game Nuclear Throne in the public eye.

The game, essentially a cartooney overhead shooter that Vlambeer describes as an "action roguelike-like about mutants that spend their workdays trying to fight for the throne in a post-apocalyptic world," originated as a 72-hour prototype at the Mojam game jam early last year. As part of that process, the pair was "forced to livestream" their development on the prototype, said Nijman with a laugh, which put other ideas in his and Ismail's heads.

In part because the game originated in the public eye, Ismail and Nijman decided to continue that theme when making the prototype into a full game. They signed up with Twitch to hold regular four-hour livestreams showcasing the development process, and put the game on Steam Early Access with weekly builds to allow players to follow updates closely. It's what they call "performative game development."

The benefits of this, according to Vlambeer, come in the form of playtesting, ideas and trust from loyal players because of the transparent development process, the ability to build a community that will defend you as time goes on, the ability to turn the game's development into the game's marketing and simply in team motivation because of the focus that comes with people watching.

"It's also a great way to stop you from checking your Facebook," said Ismail. 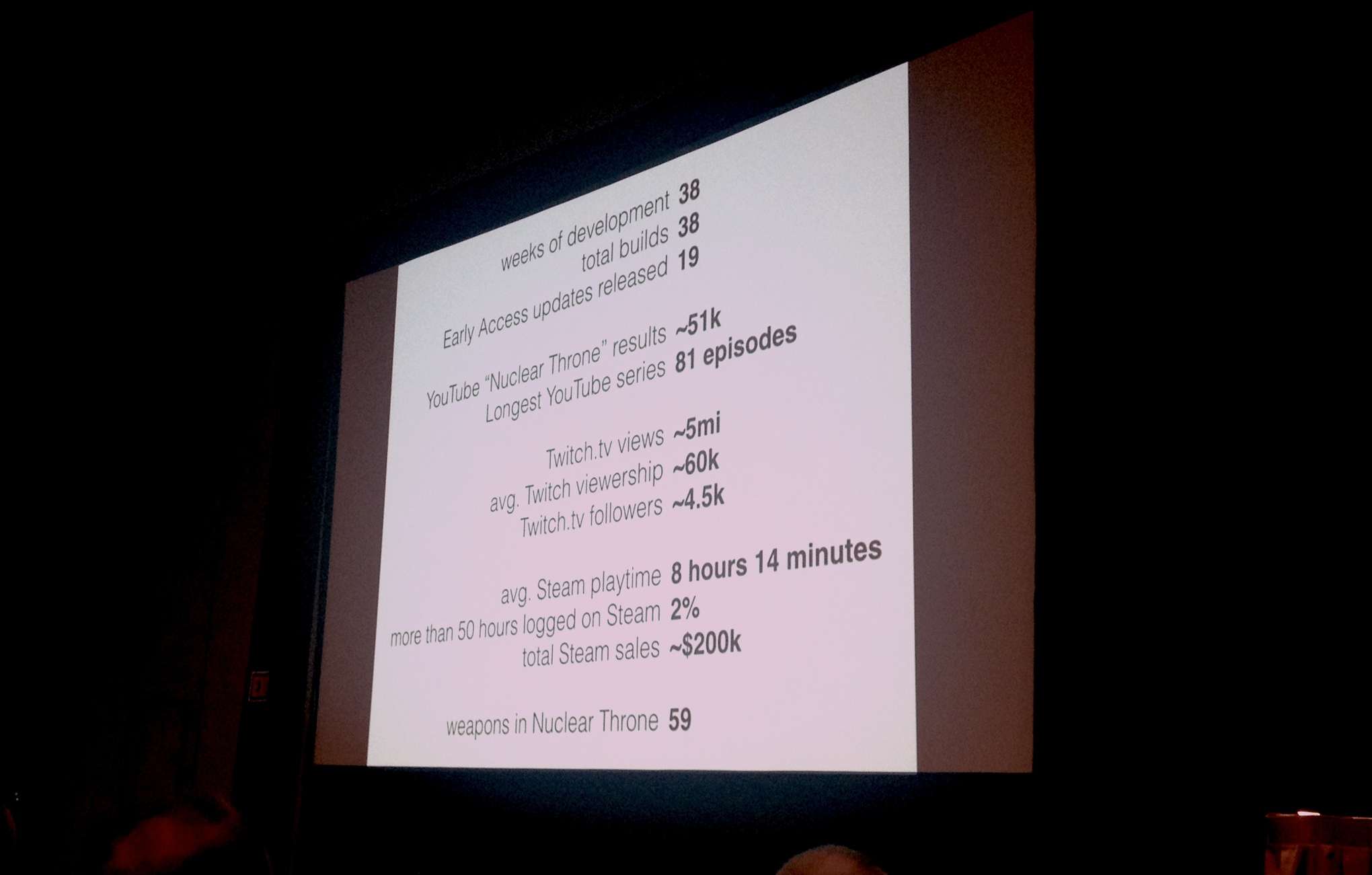 "When 3,000 people are watching you do something, you don't just check your Twitter all the time," said Nijman. "And that was one of the first things [we] noticed. Like, 'Whoa, we're actually super productive [during livestreams].'"

According to Ismail, the challenges of developing a game in this way come from the Steam Early Access reputation of people feeling like they are paying money to test the game for the developer, having to commit to weekly versions of the game, accounting for timezones when streaming for players around the world, feeling exhausted after each livestream, managing expectations when saying something offhand as a possible feature and not being able to keep secrets for players to discover.

If they were to do the process all over again, Ismail and Nijman agreed they would commit to less time livestreaming, saying it feels like a performance that requires their full attention each Tuesday and Thursday.

For more on Vlambeer, check out Polygon's feature on the team's recent hit Ridiculous Fishing.